As the Syrian conflict enters its eighth year, it continues to have a devastating impact on millions of lives with nearly 12 million people in need of urgent relief. Caritas Syria is dealing with the crisis every day, supporting those suffering from continuing violence and offering life-saving assistance.

Syria is now the largest displacement crisis in the world since World War II. Over half the country’s pre-conﬂict population has been forcibly displaced. Around 6 million people have been forced to flee their homes inside Syria and nearly half of them are in besieged or hard to reach areas. Many Caritas workers and volunteers are displaced themselves. 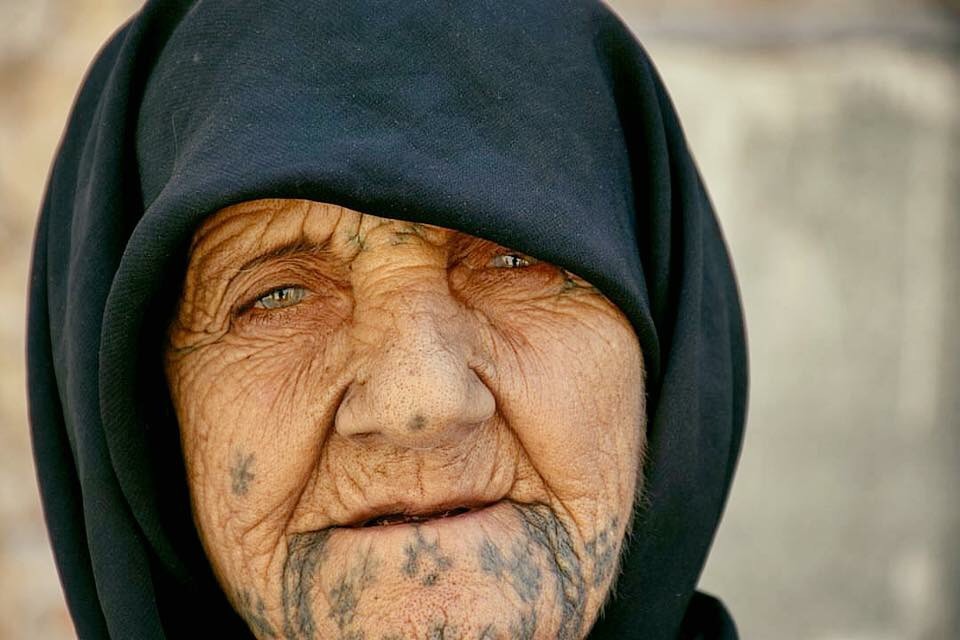 Syria remains the largest and most fluid humanitarian crisis in teh world, with half of all Syrians forced from their homes. Credit: Hanan Bali/Caritas

Fifteen-year-old Rabee Zarife moved to Damascus with his family when violence broke out in their village on the capital’s outskirts. His father was killed when a mortar shell struck the family’s shop. Rabee managed to survive but lost his legs in the attack.

“I was on the ground in great pain, not aware of what happened to me,” he said. “I heard the voice of my father: ‘Rabee, don’t die, hold on and live’. My heart had stopped beating and they thought that I had died. A nurse covered my face but she noticed that I slightly moved my hand.They started to do the electric shocks again and I came back to life. I obeyed my father and I stayed alive.”

A team from Caritas Syria met Rabee in the hospital in Damascus after the accident and started giving the family food, clothing, medication and psychological support, as well as medical equipment for Rabee (wheelchair, walker, walking sticks). Caritas also worked with other charities to help Rabee get prosthetic legs. 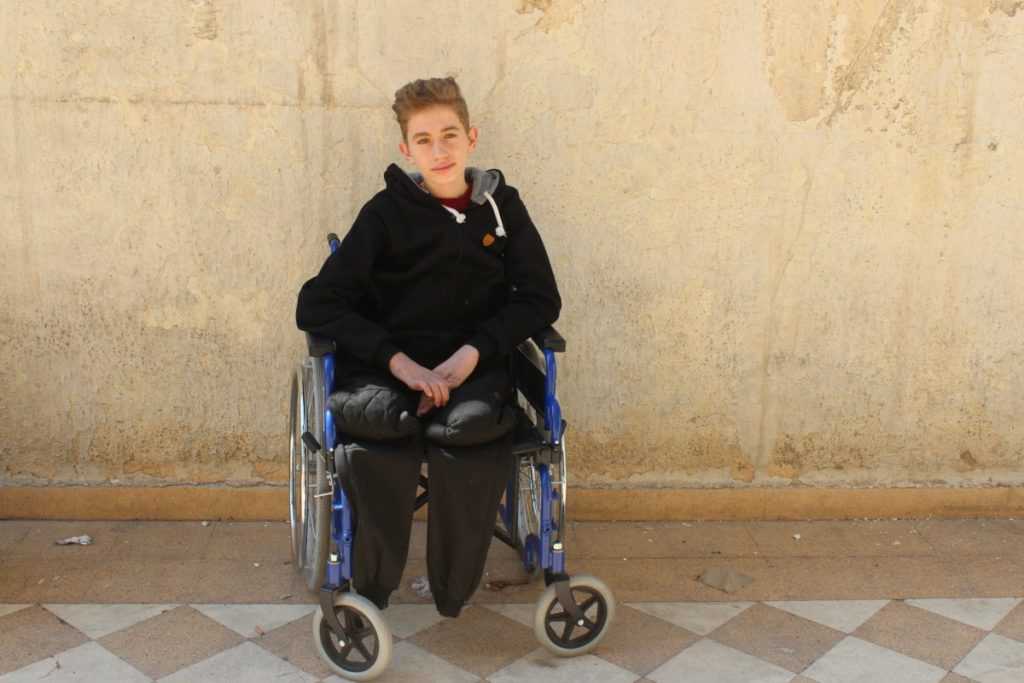 Rabee Zarife lost his father in a bomb blast and was himself seriously injured. Credit: Caritas Syria

“Last year Rabee needed help with everything all the time,” his mother rec. “He moved like a baby, crawling and following me around the apartment. My heart would break every time I looked at his missing legs, but now I can’t describe the joy I feel when I see him standing with his prosthetics, trying to become independent again. It means the whole world to me.”

Poverty rates in Syria are very high after seven years of war. Estimates suggest that approximately six in 10 Syrians live in extreme poverty and are unable to buy essential food items.

Nessrine lives in Hassakeh. She could not afford to buy powdered baby milk for her twin daughters. Since they were born she has been feeding them cow’s milk and this has affected their growth. Their health deteriorated and their mother was desperately concerned. 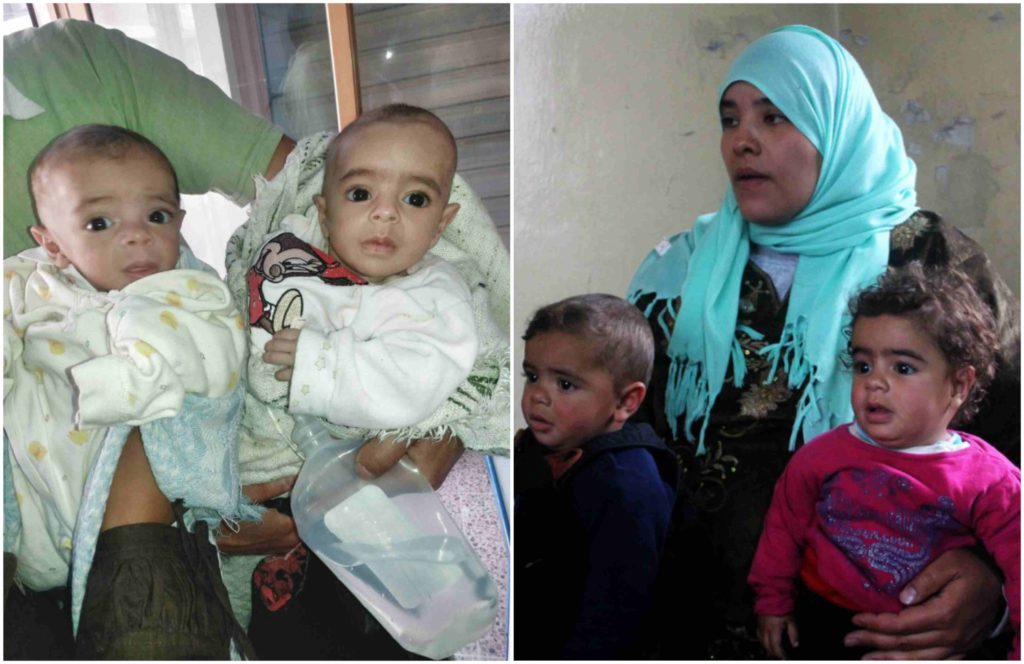 Nessrine’s twin daughters have made a good recovery have receiving support from Caritas in Hassakeh. Credit: Caritas Syria

“At the beginning, when they were crying from hunger, their screaming filled the whole neighborhood,” Nessrine said. “After using cow’s milk for feeding, they became very weak, and their crying could hardly be heard.” When Nessrine approached Caritas, our Hassakeh team helped to refer her to a doctor who started providing her with nourishing baby milk on monthly basis.

Recently our team visited her to check on the children’s situation. They have gained weight and their health has greatly improved. “Without the help of Caritas, I would have lost my children or we would be facing huge debts to be able to buy milk and get treatment. I thank you from the bottom of my heart for saving my children’s lives,” she said.

Khaled, 45 years old, lives in a room in one of Lattakia’s poor neighborhoods fleeing Aleppo with his family.“We were forced to leave Aleppo because the situation was very difficult there. We arrived to Lattakia in a very bad situation, psychologically, financially and with health problems,” he said.“We couldn’t find a place to stay except this tiny room under the stairs of this building. Unfortunately, it doesn’t have a window to give us some fresh air or light during the day.”

The Caritas offered rent support which has enabled the family to look for a better apartment in a better area, where they can have some sunlight during the day. “Caritas is the light that entered our lives again,” Mr. Khaled said. 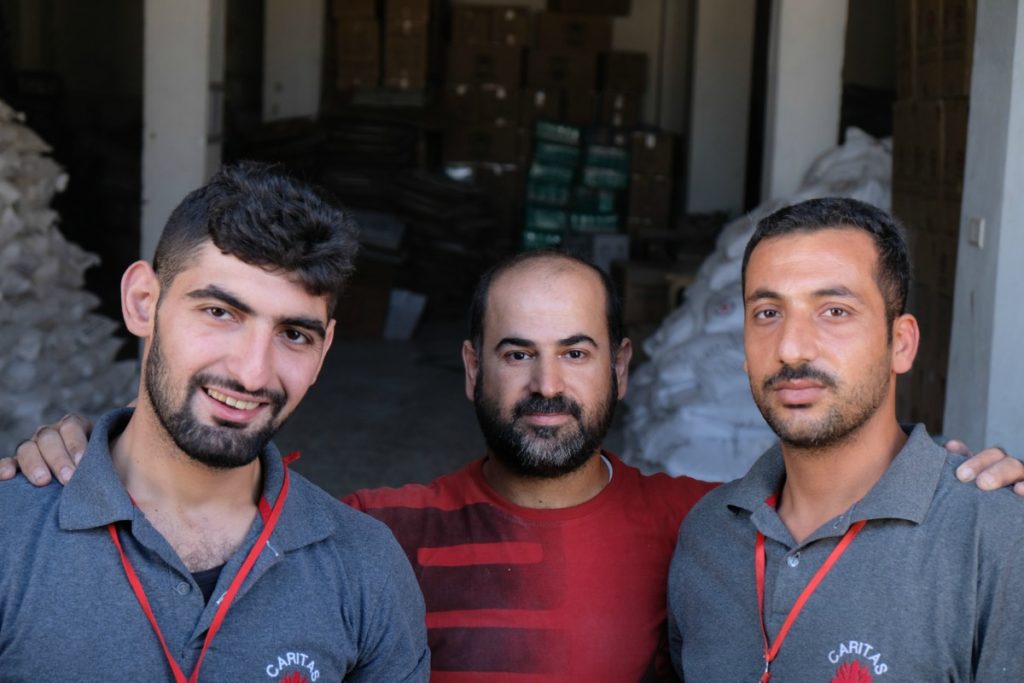 According to the World Health Organisation, 57 percent of Syria’s public hospitals have been damaged, while 37 percent no longer function. The pharmaceutical industry has been decimated and health expenses have risen dramatically. Getting treatment and medication has become a luxury for many families.

Abu Malek, 75, is living in a tent with his wife. They struggle to get the medication they need.“We are old and we need medicines every month, the most difficult thing is to find a way to buy that medication as we barely can eat every day,” he said.

Caritas Homs registered Abu Malek and his wife in a medical project. Caritas offered him glasses and medication on a monthly basis. “I don’t know how I can thank them,” he said. “The end of the month was a big problem for us because it meant that our supply of medication would be almost finished. Now we don’t have to worry any more about that.”

The number of people devastated by the Syrian crisis continue to climb as the conflict wears on. But the statistics have faces. They are Rabee, learning how to walk again, Abu Malek, able to buy the medicine and Nessrine who can now offer her children the milk.