Just 50 km from the Guatemalan capital, the Volcán de Fuego – or Volcano of Fire – erupted Sunday afternoon at 3 PM local time with pillars of fire extending 10,000 meters above sea level. Streams of lava, hot gas and volcanic matter destroyed houses and crops killing and injuring scores of people. Over 10,000 have been evacuated and 1.7 million people are affected.

The government has proclaimed a state of disaster in Chimaltenango, Escuintla and Sacatepéquez, in south central Guatemala with the intention “to mitigate, re-establish infrastructure, basic services and avoid additional major consequences.”

The densely populated towns of Los Lotes and El Rodeo are those most affected by the volcanic eruption, says the Diocese of Escuintla. These towns are made up of farmers and small landholders. All have been affected, but the population density has aggravated the seriousness of the catastrophe leaving many people isolated from support and their way of working and living. 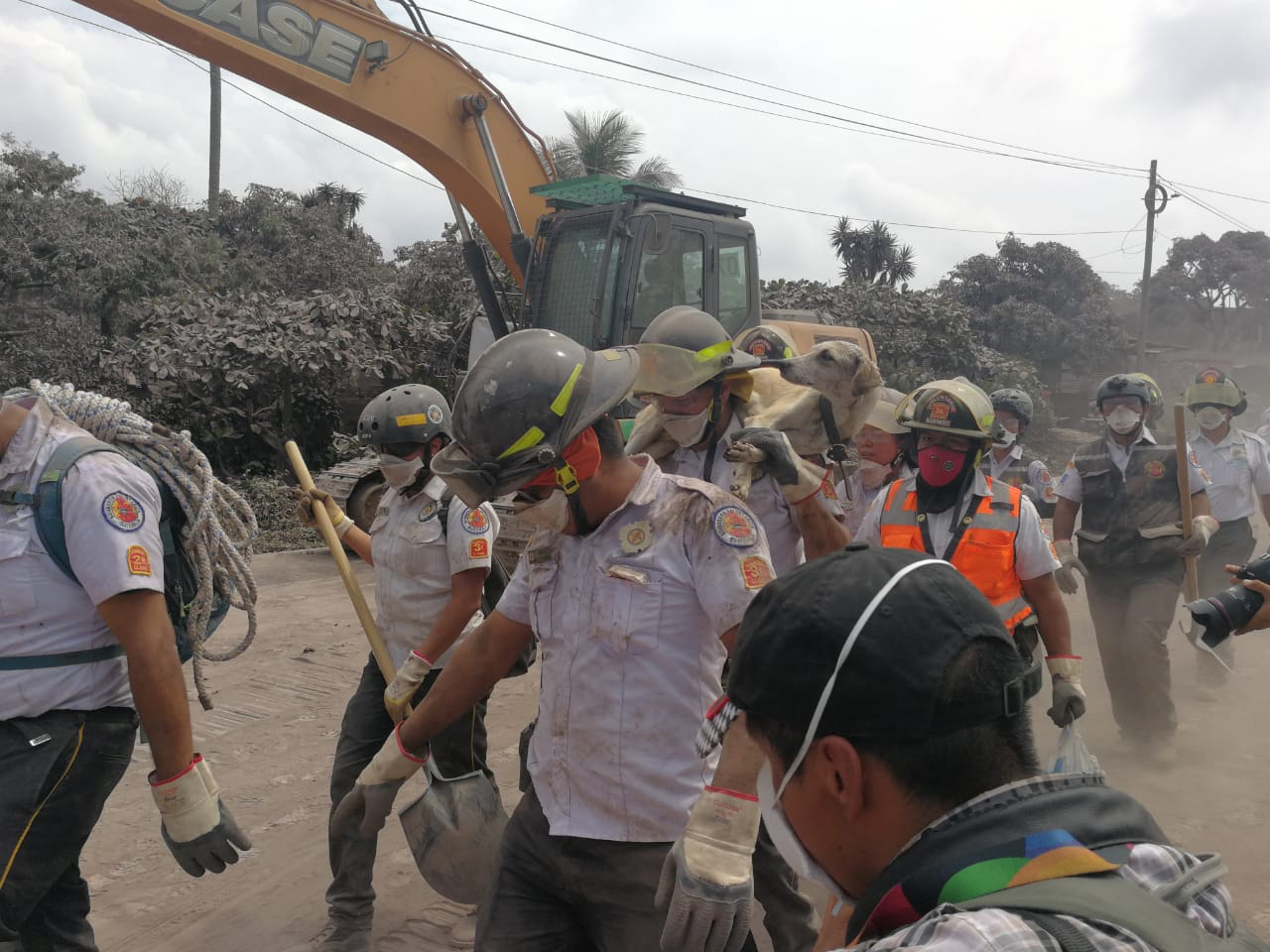 The Church has opened shelters and a collection centre to receive essential emergency items like essential medicines, clothes and food for affected families. The Caritas Guatemala team is working in the shelters to help the people.

In one of the shelters in Escuintla is Julia Gonzales, 62, who lived with her family in the “La Reina” community in El Rodeo in Escuintla, one the most damaged communities.

“We got used to listening to small explosions under the ground and sometimes the sky over us turned grey and we thought it was normal because we lived near to the volcano, but this time was very different, in a few seconds the sky became totally dark, we saw the ash coming and knew because of the big noise that something very bad was happening,” she said. 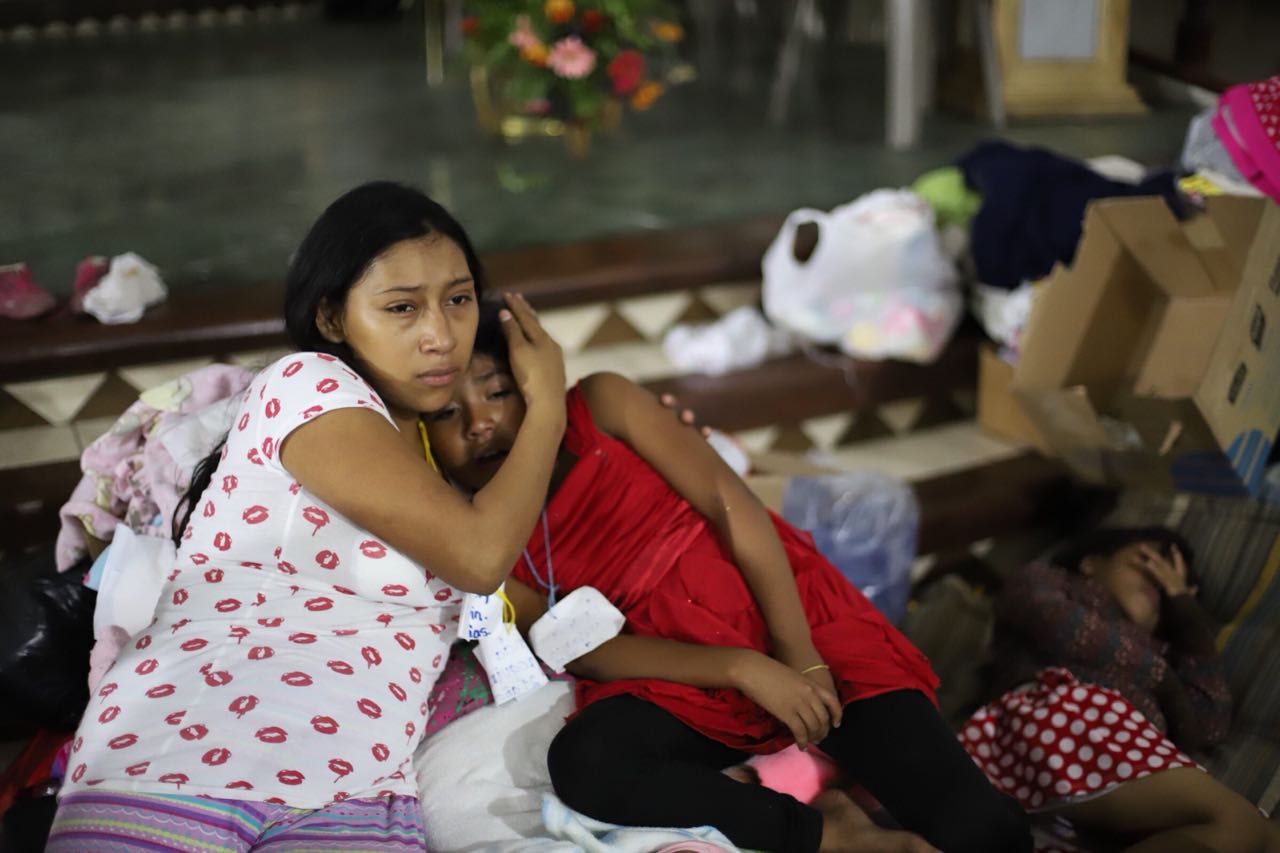 Julia’s grandaughter Angela being comforted by her aunt. Angela has lost her parents and a sister in the eruption.

Julia’s daughter Maria Cristina had gone out with her husband and baby daughter to sell pineapples that Sunday. She had left behind her other three daughters with Julia.  When the cloud of ash appreared, Julia asked her sons to look for María. They ran up the mountain to look for her sister but after some minutes they returned saying that a river of volcanic lava, stones and ash was coming to the house.

“My daughter, my son-in-law and my little girl died in that river of lava, my granddaughters lost their two parents” said Julia. 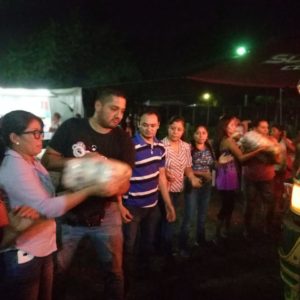 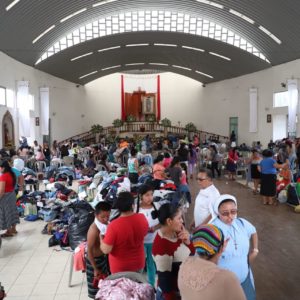 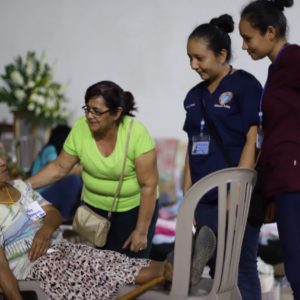 Since Sunday ash hangs in the air 20 km from the epicentre of the volcano and is expected to spread with the wind. On 5 June again moderate to strong explosions erupted from the volcano with ash at 5,000 m in the east and northeast direction. In the evening new lava flows made its way in the direction of the Las Lajas ravine.

The volcano could continue to erupt so people are urged to stay away from the vicinity.

Over 2,500 people are in temporary shelter. Twelve hostels in Escuintla and one in Sacatepéquez have been set up. The Caritas Diocese of Zacapa has also established hostels in three churches, and is collecting food and necessities while also receiving donations.

The Caritas Guatemala team is working in the shelters provided by the dioceses to evaluate and provide the necessary attention to the people housed in these spaces. The National Caritas Office of Guatemala is open as a collection centre, and financial accounts have been set up to accept both national and international donations. 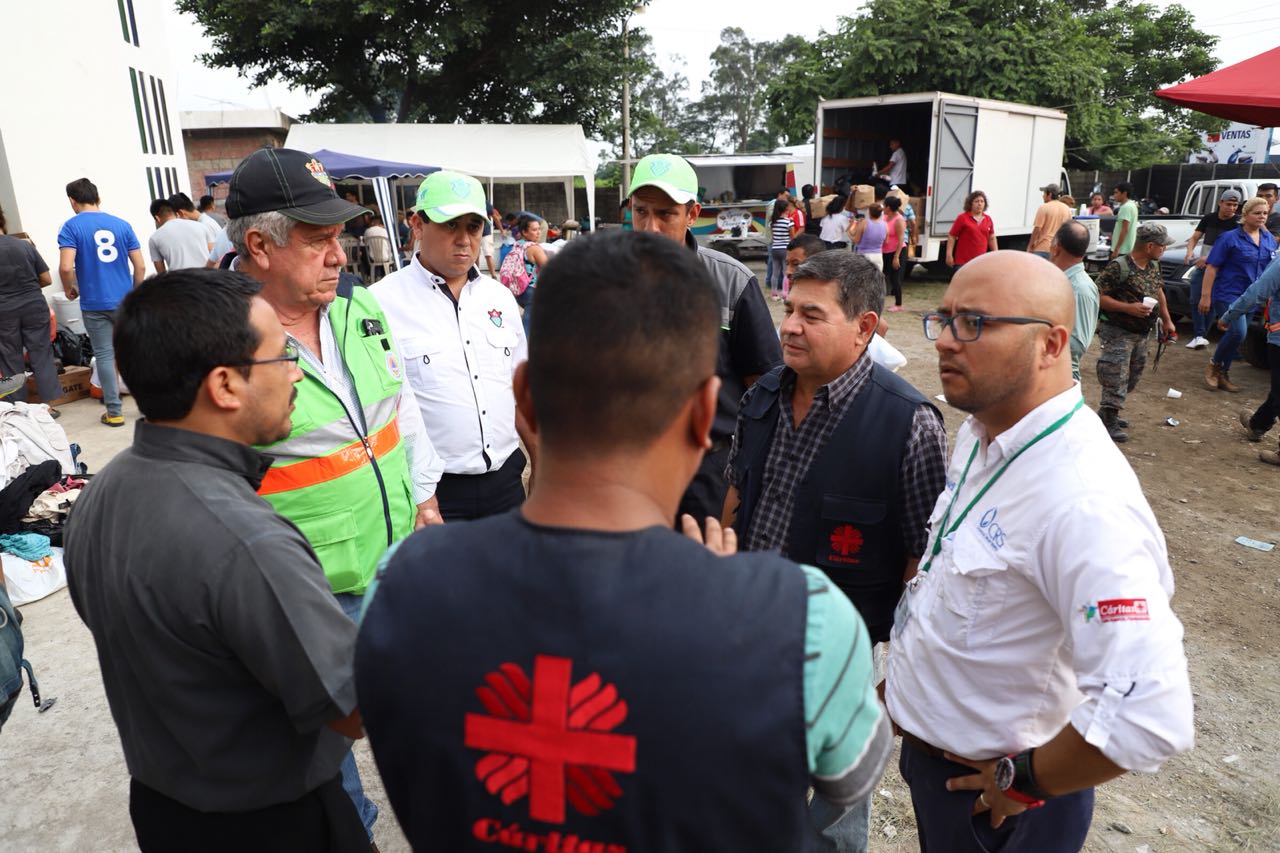 Scenes from shelters in Escuintla, Guatemala. The Church has opened shelters and a collection centre to receive essential emergency items like essential medicines, clothes and food for affected families.

Monsignor Ángel Antonio Recinos Lemus, Bishop President of Caritas Guatemala is calling on the cooperation of the Caritas confederation to serve these distressed families with psychosocial support, recovery of their livelihoods, construction of decent housing and other basic needs. He also applauds the impressive solidarity that has been demonstrated by the people, institutions, churches, academia as volunteers, some of whom have given their own lives to save others.

In a message, Pope Francis assured his closeness to the wounded and to those who are “working tirelessly to help the victims while asking the Lord to “bestow upon them all the gifts of solidarity, spiritual serenity and Christian hope”. The Caritas confederation stands in solidarity with Caritas Guatemala and the people of Guatemala for a fast recovery. #TODOSSOMOSGUATE