Caritas Internationalis is appealing for urgent assistance to help millions of people affected by the food crisis in West Africa. Nearly 6 million people in Burkina Faso, Chad, Mali, Mauritania, Niger and Senegal are struggling to meet their daily food needs. Severe malnutrition threatens the lives of 1.6 million children. It is the worst crisis seen in the region since 2012. Caritas fears the situation will deteriorate even further in the critical months ahead. 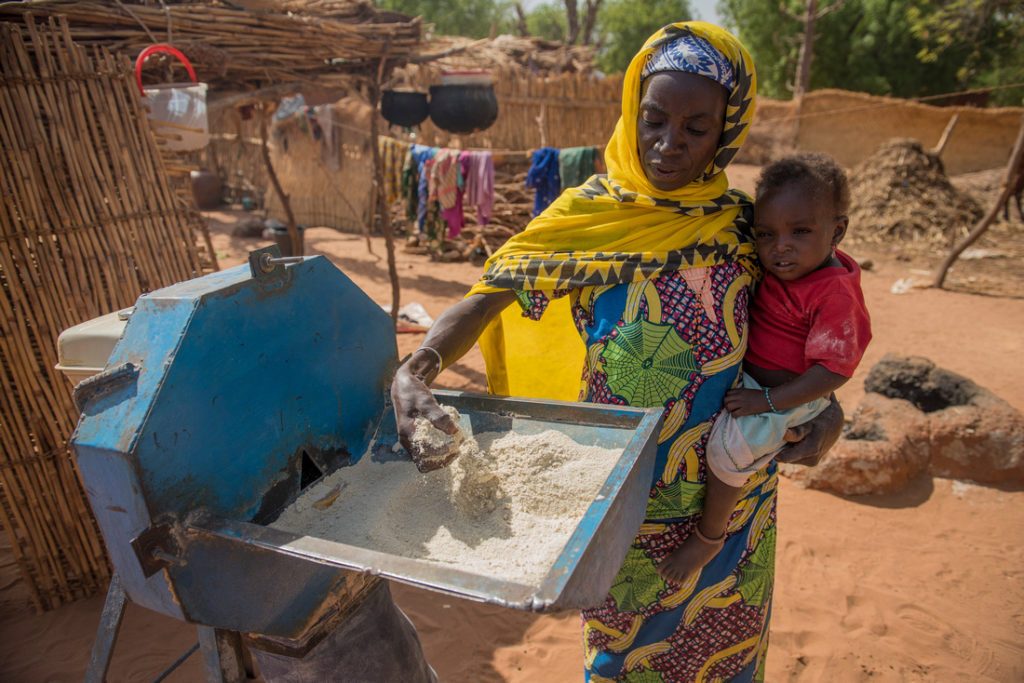 In Angoual Tanko village in Niger, Sakina Mato is a member of a peanut-processing business, using tools and training provided by Catholic Relief Services’ PASAM-TAI project. The oil from peanuts is sold in the community, and profits are shared amongst the members. Photo by Michael Stulman/CRS

The latest emergency has been caused by poor rainfall. This has resulted in water, crop and pasture shortages and livestock losses. Farmers have been forced to begin their seasonal movement of livestock – four months earlier and across longer distances than usual. Food security has rapidly deteriorated across the region and food supplies for millions of people have been exhausted. Many are dealing with extreme challenges such as limited job opportunities, high food prices, displacement and violent extremism.

Severe acute malnutrition rates in the six countries have increased by 50 per cent since last year. One child in six under the age of five now needs urgent life-saving treatment to survive. Families are reducing meals, withdrawing children from school and missing out on critical health services to save money for food. Without immediate scaled-up assistance, many lives will be at risk. Livelihoods of thousands of families will be ruined as the alarming cycle of adversity worsens in the Sahel.

Caritas Développement Niger (CADEV) says violent attacks by militants from Boko Haram have added to the challenges as tens of thousands of people have been forced to leave their homes in the Diffa region of south-east Niger. Diffa is one of the poorest regions in the world and women and children represent 85 percent of the refugees and internally displaced persons.

Raymond Yoro, secretary general of CADEV, says the situation is dire. “The humanitarian situation in Niger is worsening day by day due to the security crisis in Diffa, Tillabery and Tahoua,” says Yoro. “The number of people in need has increased to 2.3 million, an increase of 400,000 compared to 2017.”

In Diffa, CADEV plans to strengthen the resilience of 1500 households with unconditional cash transfers, give displaced children access to recreation centres and assist 500 women and 200 young people with income generating activities. 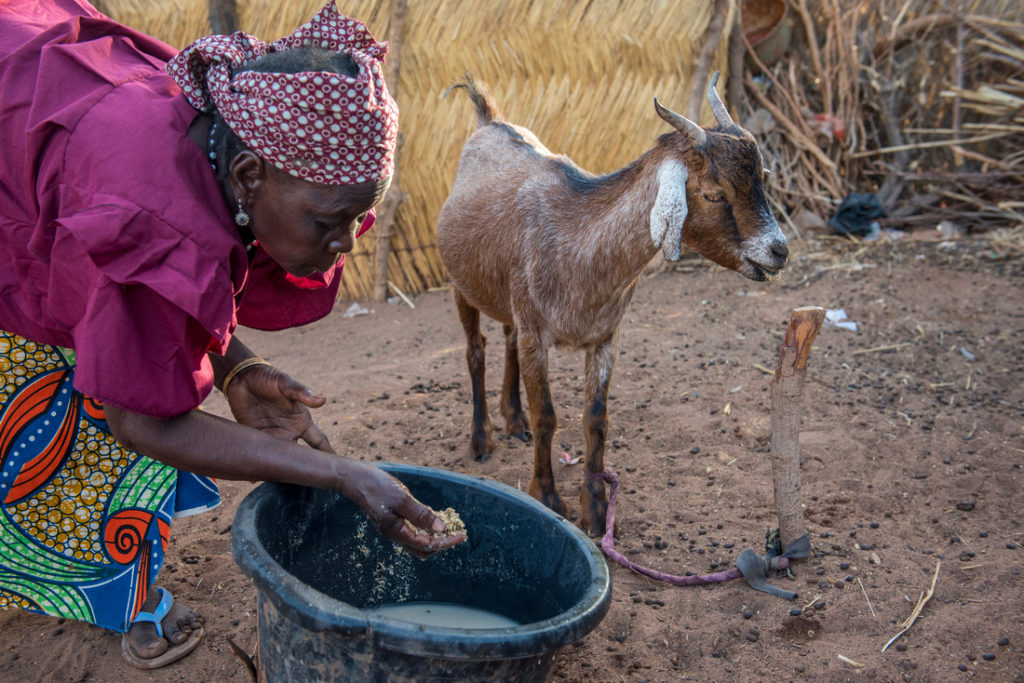 In Angoual Tanko village in Niger, Hadjia Sahou Idi cares for livestock that was provided by Catholic Relief Services. Photo by Michael Stulman/CRS

In Burkina Faso the situation is also critical. Caritas says there is acute malnutrition in six provinces – Soum, Namentenga, Gnagna, Komandjoari, Boulkiemde and Kourweogo. Families are relying on their limited savings to survive and more than 80,000 are considered to be in a phase of food emergency.

Abbé Constantin Safanitié Sere, Caritas Burkina secretary-general, says the situation is the worst seen in Burkina Faso since the 2012 humanitarian crisis. Rising cereal prices, the impact of climate change and terrorist attacks in several regions have added to the challenges faced by many who have been displaced.

Caritas is committed to assisting the most vulnerable with food assistance and livelihood protection with the aim of helping 2000 households. “If the project is not fully funded, it would be devastating especially for vulnerable households who cannot survive without assistance. In that case we would have to give preference to the most vulnerable groups, namely children, pregnant women, lactating women and people with disabilities,” he says.

Half a million people threatened with hunger

In Mauritania severe acute malnutrition rates are at their highest since 2008 with half a million people threatened with hunger. According to a survey conducted in February, 147,507 people could be suffering from acute malnutrition. Caritas Mauritania will work in Gorgol and Brakna providing food and farming assistance to 23,300 people.

“Despite the hope brought by some traces of rain here and there, the humanitarian situation remains worrying in rural areas,” says Caritas Mauritania. Access to adequate food and water remains the number one problem and Caritas is working to protect people’s livelihoods while providing food and other assistance.

“As the number of crises increases in different countries, our concern is that we will begin to “prioritise” suffering due to scarce financial resources,” says Caritas Mauritania. “That would be dramatic because it would amount to choosing who would be allowed to die.”

Caritas Mauritania is urging partners to provide financial support so it can implement its emergency program to support people in their local areas and avoid migration to large urban centers.