Nearly 500 people have died in a series of earthquakes and aftershocks on Indonesia’s Lombok island over the last month. The deadly quakes have caused hundreds of millions of dollars of damage, prompted tens of thousands to flee their homes and destroyed hospitals, schools and homes.

Caritas has helped with the relief effort, providing food packages for over 3000 people, along with hygiene kits, tarpaulins, blankets and sleeping mats. 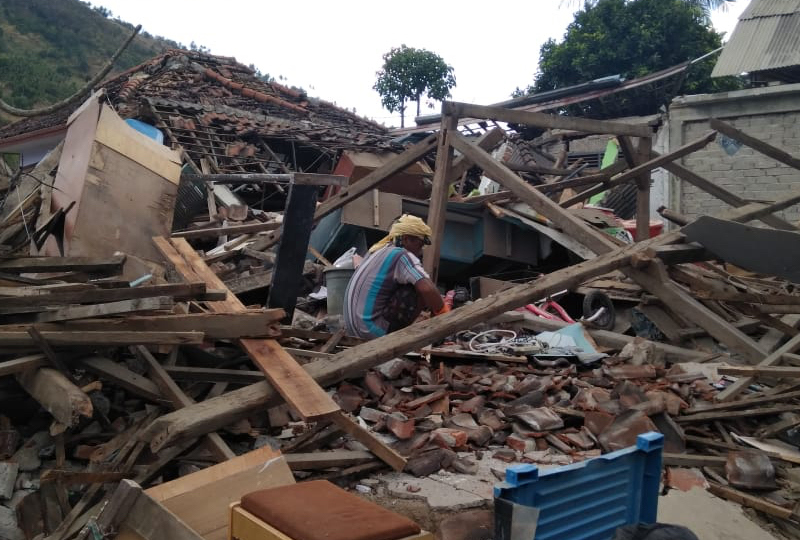 The last quake struck the holiday island, which lies east of Indonesia’s larger tourist destination, Bali, on 26 August. It killed 10 people, injured over 150, and caused yet more destruction to buildings, adding to widespread panic and fear.

“After the quake, all the electricity went out,” said RD. Laurentius Maryono, the parish priest of St. Immaculate Mataram. “People suddenly went outside and remained on alert and out in the open until the morning.”

The deadliest earthquake took place on August 5, killing more than 430 people. Hundreds of aftershocks have rocked the island since the first quake on 29 July. 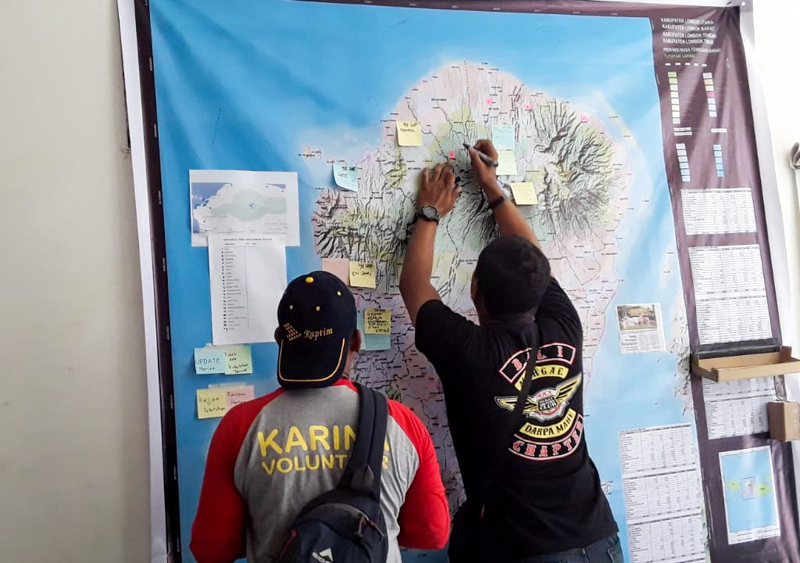 Caritas local staff and volunteers bring aid to the hardest-hit areas, difficult due to their remoteness. Photo by Karina/Caritas Indonesia

Bringing aid to the hardest-hit areas has been difficult due to their remoteness. Rebuilding of public facilities like hospitals and schools is taking place, but access to some areas has been cut off by landslides. Mosques and businesses have also been destroyed.

There have been blackouts and many thousands of residents have been left homeless and are camping in fields, particularly on the worst-hit areas on the northern coast of Lombok.

Caritas officials said that local markets in some affected areas, such as Mataram City, are now open, but traders, still worried by the possibility of more quakes, are selling their wares in the streets.

“They haven’t wanted to go inside market buildings since the big earthquake on 29 July,” said Rudy Raka, a volunteer from Caritas Archdiocese of Makassar.

“Entering the fourth week after the first earthquake, clean water, toilets and sanitation facilities are becoming a top priority, instead of food items and shelters,” Rudy added.

Caritas has called on volunteers from its dioceses on Lombok to help with the effort, joining a team led by Aryo Saptoaji, Emergency Officer KARINA (Caritas Indonesia). 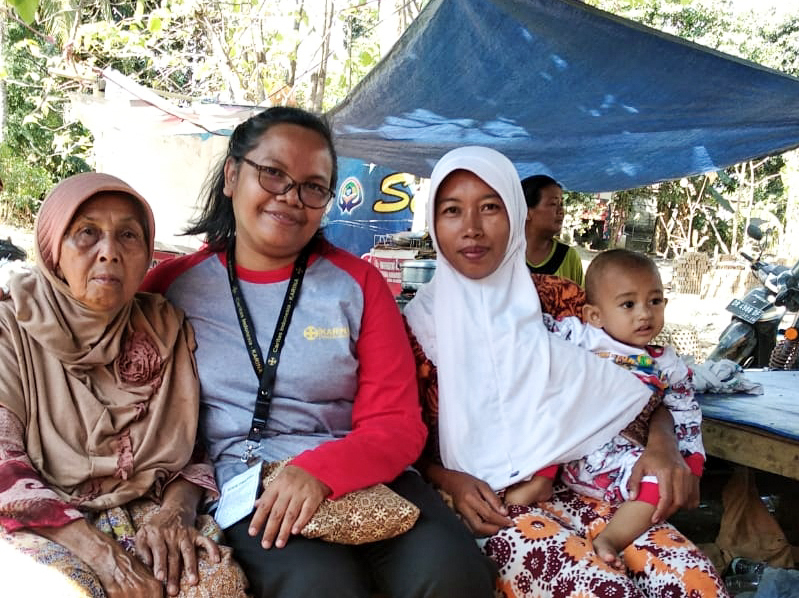 Caritas has helped with the relief effort, providing food packages for over three thousand people, along with hygiene kits, tarpaulins, blankets and sleeping mats. Photo by Karina/Caritas Indonesia

Caritas has teamed up with Diocese of Denpasar and some agencies such as CRS Indonesia and World Vision Indonesia to conduct a joint response and assessment. Clean water, WASH and toolkits for cleaning the debris are now top priorities for survivors instead of food items.

Indonesia lies on the Pacific “Ring of Fire”, the world’s most earthquake and volcano affected area.

The country was badly hit by the 2004 tsunami that killed 220,000 people in the Indian Ocean region, the result of a magnitude 9.3 earthquake off its Sumatra coast.