Caritas is distributing food to survivors of Kerala floods, declared as the Indian state’s worst in living memory. Caritas Internationalis has launched a €1.1 million global appeal to support Caritas India. They will provide food, clean water, shelter and assistance on livelihoods to 43,000 people over 12 months. 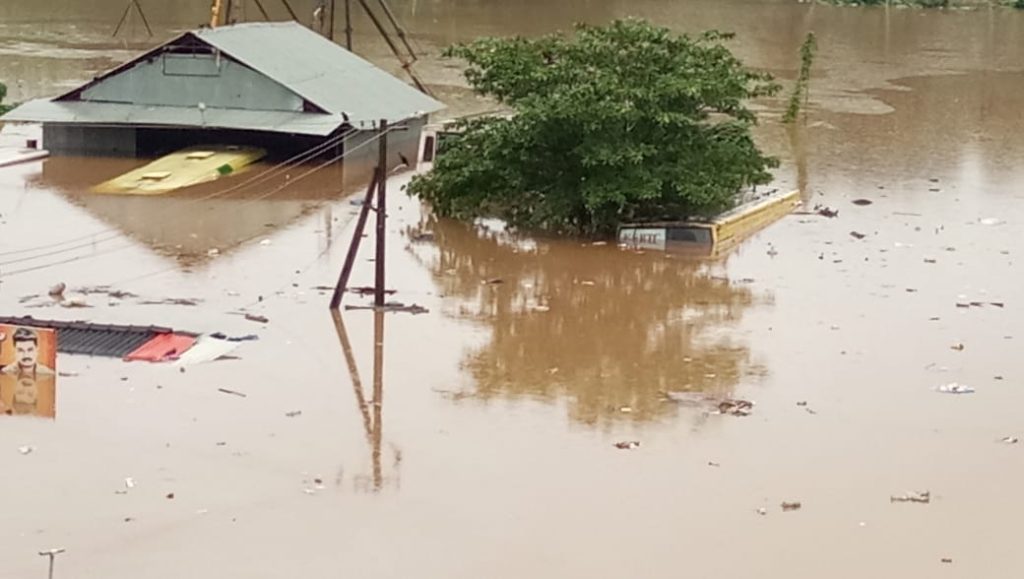 The Kerala floods are the worst in a century. Caritas is helping the thousands affected.

The Kerala floods have left over 350 people dead, thousands marooned, forced 1.4 million people from their homes into relief camps. The damaged caused by the floods total over US$2.84 billion.

“Declared as the worst flood in a century, the people of Kerala have never faced a deluge of this magnitude before,” says Fr Paul Moonjely, director of Caritas India.

Donate to our Kerala Flood Appeal

In Kerala, monsoon season started as far back as June. However, the rains didn’t become severe until the beginning of August, when flash flooding caused rivers to overflow and nearly three dozen dams to be breached.

As the rain stopped on 20 August and waters began to recede, people began to return to their homes. They found scenes of complete devastation with their houses filled with 60cm of mud. Authorities are concerned that returnees could now be hit by an outbreak of waterborne diseases.

The immediate needs include food, clothes, beds, mosquito nets, medicines, safe water and temporary shelter. Caritas is focusing on vulnerable people, such as women, children and the elderly. Remote caste and tribal dominated areas are completely cut off.

“Our teams are reaching the most isolated areas where the poorest and most vulnerable Dalit and tribal people live,” says Fr Paul Moonjely. “Many people are helpless and homeless without even food and water.”

Caritas India is rolling out its Kerala flood aid efforts in the districts of Alleppey, Kottayam, Wayanad, Idukki, Pathanamtitta and Ernakulam. Caritas will provide food, clean water, shelter and livelihood support over the initial phase of the emergency response.

After all these needs are met, Caritas India says further support will be necessary for longer term rehabilitation, reconstruction and job creation. Farmers and labourers will not be able to earn anything for the next 3 months. Thousands have no homes to go back to.

“We ask all our supporters to extend their helping hand. This is our chance to show our solidarity with those who have lost everything, those who are desperate for help. In times like this, every second and every donation counts,” says Fr Paul Moonjely.

“Kerala is known as God’s own country. We appeal especially to all Catholics for help in this hour of dire need. Remember, our Lord said, ‘Whatsoever you do to the least of my brethren, that you do unto me.’”

Donate to our Kerala flood appeal