Lina’s family has suffered death, hunger, homelessness and been deprived of basic necessities because of Syria’s civil war.

They live in Eastern Ghouta, an area that had endured “the longest running siege in modern history”, the UN said in a recent report. 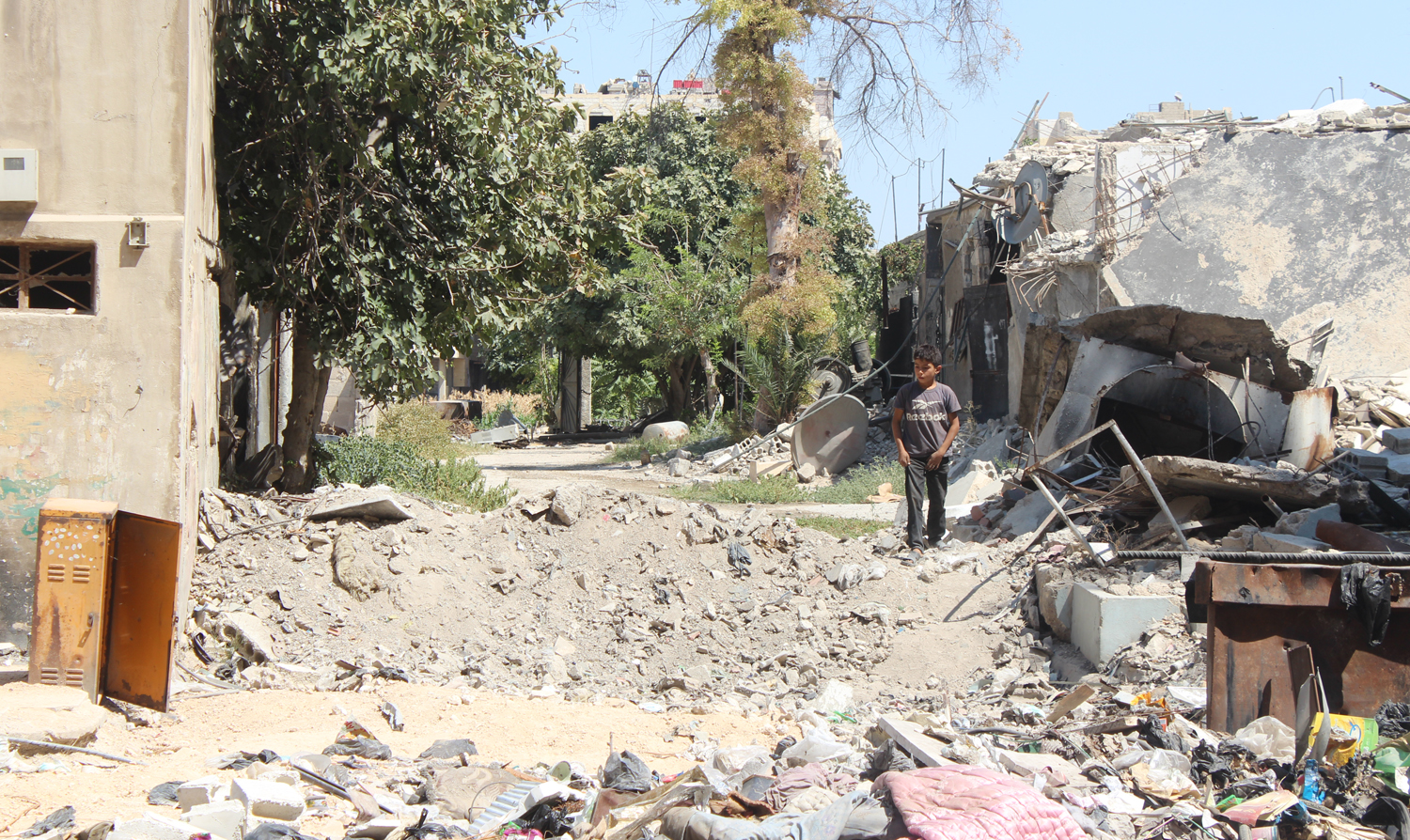 Lina’s son in the rubble of houses destroyed by the war in Eastern Ghouta, Syria

In April 2013, pro-government forces encircled what was then a militant-controlled area bordering Damascus, the capital of Syria. Its inhabitants were bombed and denied food and medicine until its capture by President Bashar al-Assad’s Russian-backed forces in April this year.

“We were starving in the past few years,” said Lina, a 40-year-old mother of five children, speaking in a stark, windowless block where her family found shelter. “The days that we slept hungry number more than the days we ate.”

“We used to make bread from barley, a small piece for each of us for the day,” she added. “My children and the neighbour’s children used to go to the landfill to look for something to eat among the garbage.”

Please donate to Caritas so we can help families like Lina’s. 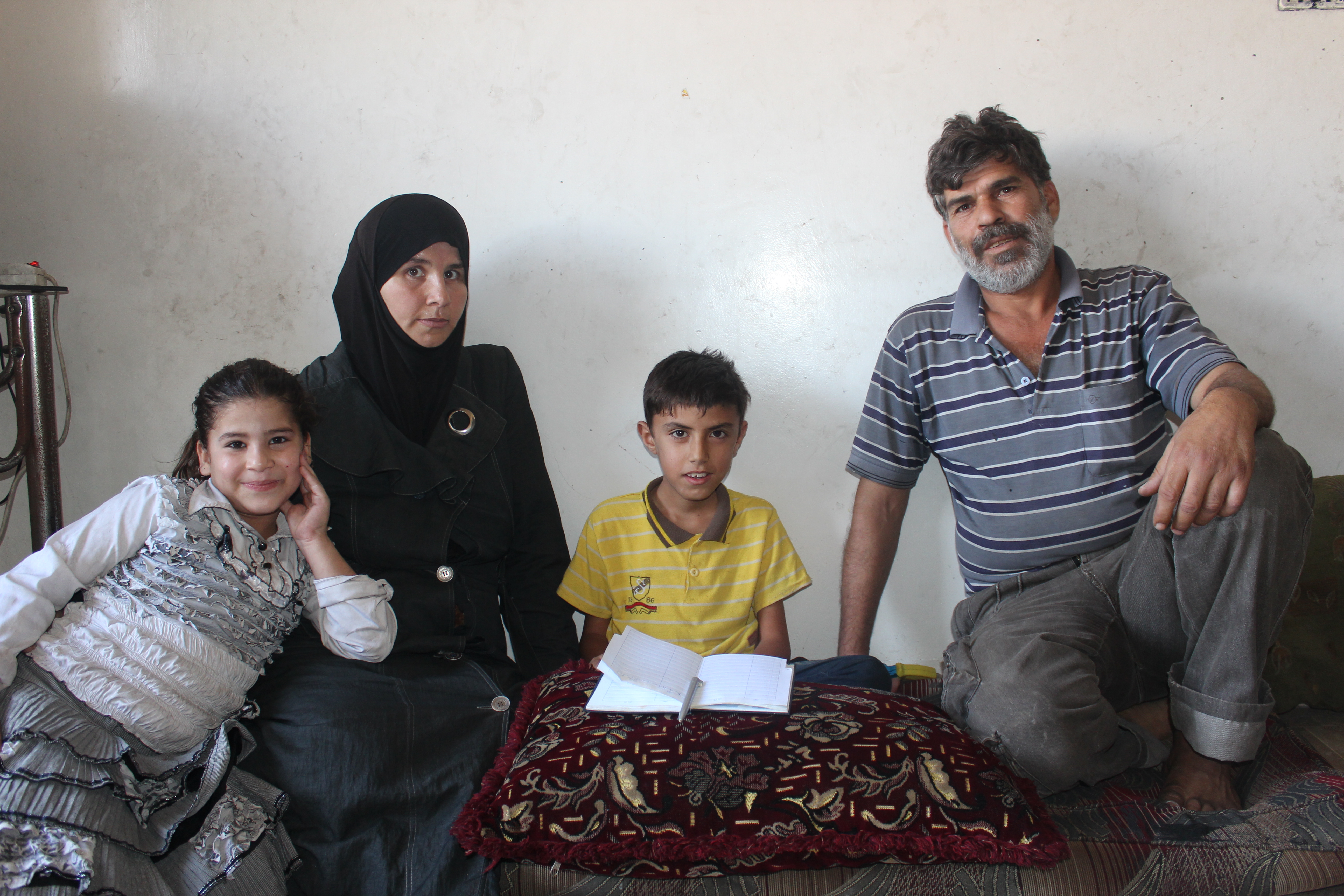 The Syrian war, now in its eighth year, is one of the world’s worst ever humanitarian catastrophes. Most international experts estimate over 500,000 people have died in the violence.

The United Nations estimates that 13.1 million are dependent on aid inside the country, with 5.6 million in acute need.

Forced from their home

Lina, her husband Hussein, and their children — two girls and three boys aged from seven to 20 — moved to another part of Ghouta, after they were forced from their home.

“My husband was a farmer and we owned a beautiful piece of land full of olive trees,” said Lina. “In 2012, armed groups entered our village and ordered us to leave our house immediately, without allowing us to take any of our belongings with us.”

“They told us that they would let us come back to our house in two hours,” she added. “Those two hours turned out to be more than six years.”

They slept in the street for several days until a local guided them to this disused building, where they set up home. 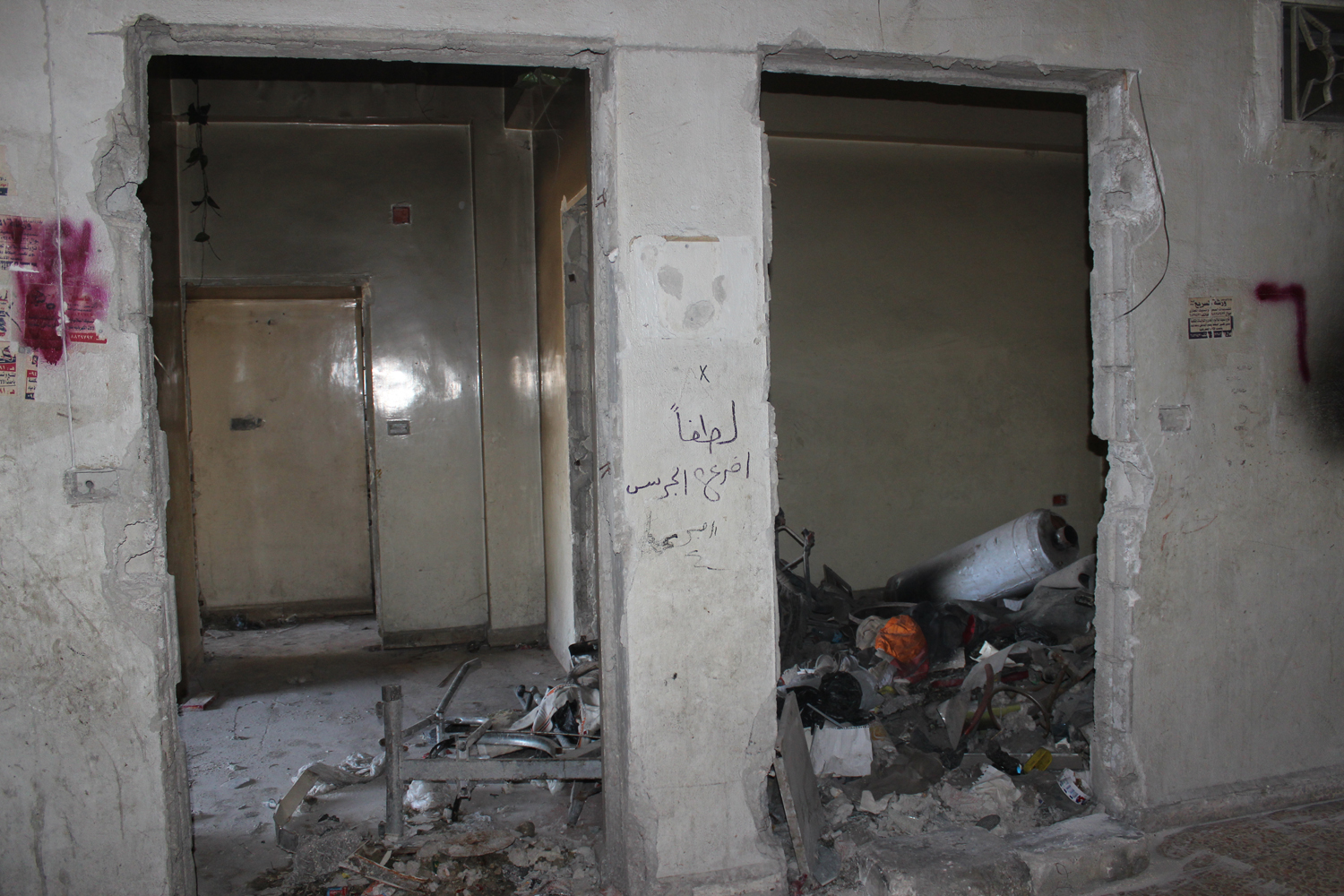 Lina is also raising her husband’s 10-year-old nephew, Abdul-Rahman, whose parents were killed in the war.

She treats him like a son, saying that she cares for him more than her own children because he is paralyzed. He can’t move his legs or arms.

“The most difficult thing in this apartment is that we don’t have any windows or doors to close,” said Lina. “We use only curtains. During winter, it is impossible to get warm.”

“We used to collect plastic bags from the garbage to burn them for heat,” she added. “Abdul Rahman was suffering the most from the cold as he can’t move to keep warm.”

However, with the siege lifted, there are now grounds for hope. Humanitarian organisations have started entering Ghouta to help the 400,000 families in the area who are in dire need of assistance.

In July, Caritas arrived in the area, and cooperating with Hifzalnema Islamic Charity, has distributed 1,480 food baskets, 1,000 packs of fresh vegetables and 600 boxes of diapers.

Lina’s family are among those that Caritas has helped.

“Although we don’t have electricity and water, we are now living in paradise compared to the past,” said Lina.

“At least my children are eating bread,” she added. “They started to know what money means. Biscuits, fruits, potato chips, they didn’t have an idea what all that means.”

Read about other families Caritas has helped in Syria

The joy of new clothes 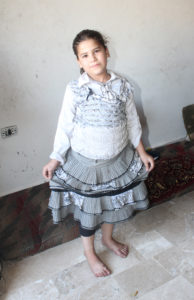 Lina is pleased that her children now have good clothes.

Lina’s spirits have been lifted by seeing her own children wearing proper clothes for the first time in years.

“When I see a young man in the village wearing nice clothes now, I become so happy,” she added. “We haven’t seen people wear anything but torn clothes during the last few years.”

For the moment, they still face great difficulties, including inflation and the coming winter.

Inflation is so severe, says Lina, that savings are almost worthless. “My daughter saved a Syrian five-pound note for many years, dreaming that she would use it to buy a biscuit when the war ends,” said Lina. “We discovered that the smallest biscuit now costs more than 50 Syrian pounds”. 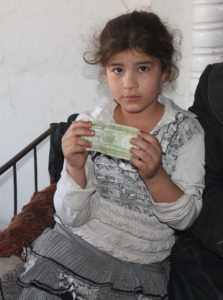 This 5 pound note is no longer enough to buy biscuits

Also, with Ghouta’s infrastructure totally destroyed, a lack of electricity and water is endangering lives.

“My biggest concern was always winter,” said Lina. “Cold weather makes all our problems even worse.”

“Now it is coming back soon, we have no means to defend ourselves against it,” she added.

“No windows or doors in our houses. No warm clothes for our children, no electricity. Fuel is extremely expensive.”

And the war is not over. Fears are mounting over a possible government offensive against the rebel-held region of Idlib.

The United Nations has warned that an offensive in Idlib could precipitate a humanitarian catastrophe in an area where 3 million people live.

Lina fears for her eldest son who recently joined the army on military service and has been sent to Idlib.

“I pray night and day for God to protect him,” she said, breaking down in tears.

Still, The family is full of hope. They want to return to their home village.

“We are planning to go back to our village soon,” said Lina. “Our house is damaged and has been ransacked by thieves, but we can do some maintenance and live there.”

“Now we are dependent on humanitarian aid because there are no job opportunities. It is better to go back home,” she added. “Thank God, our land is still full of olive trees, so my husband can work in it to earn our living.” 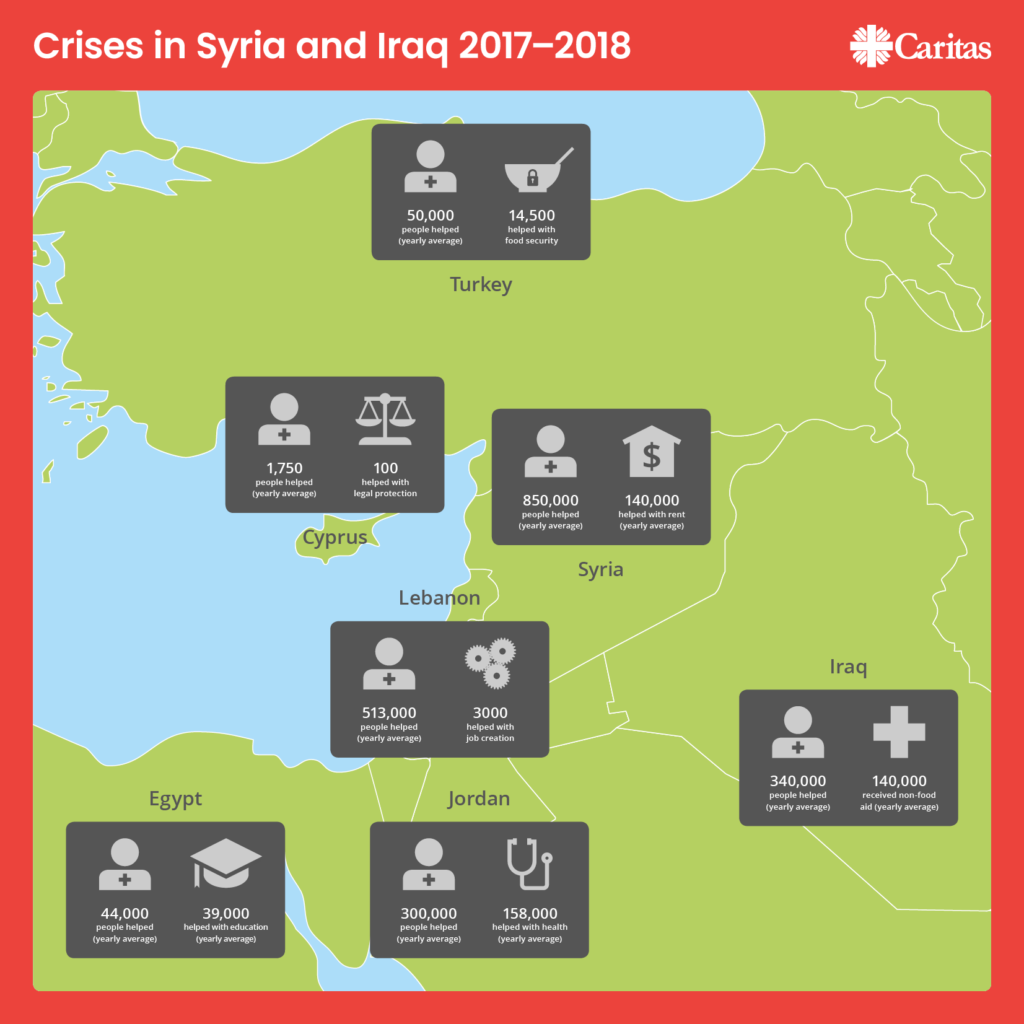 See how Caritas has been helping in Syria, Iraq and neighbouring countries.