Jessie cannot help but stare at the wreckage of his house. It was destroyed by super typhoon Mangkhut, which tore through the Philippines earlier this month. Over 1.5 million people were affected.

“It felt really bad that I need to clear debris from the remains of our house,” said the 50-year-old construction worker from Baguio City. “This is not what I do. I build houses. I don’t pull them down.” 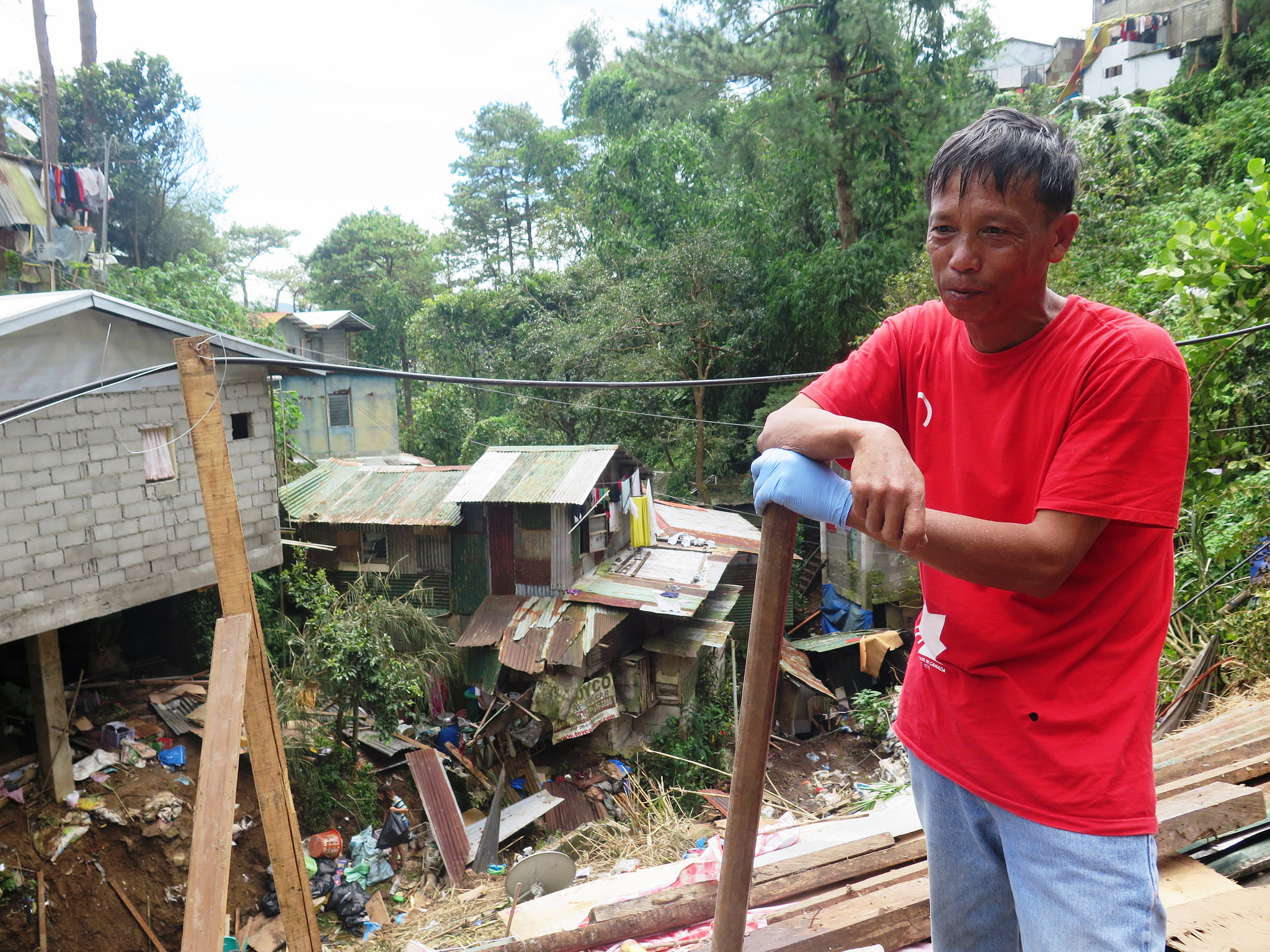 Jesse from the Philippines says, “I construct houses. I don’t put them down.”

Typhoon Mangkhut hit the Philippines on 15 September, with winds of up to 225 Kph. It cased the deaths of over 80 people and led to landslides, flash floods and devastation of homes, infrastructure and crops.

The storm, known locally as Typhoon Ompong, mostly damaged Northern Luzon and parts of Central and Southern Luzon, one of the main islands of the Philippines. In this area storm surges up to six metres high submerged coastal areas.

Caritas, working with government and other humanitarian organisations, made extensive preparations before the typhoon made landfall. We set up evacuation centres and pre-positioned emergency relief kits.

Caritas Australia’s Senior Programmes Coordinator for Emergencies, Richard Forsythe, said the quick response and long-term disaster preparedness training within the communities had assisted many who were badly impacted by the typhoon. 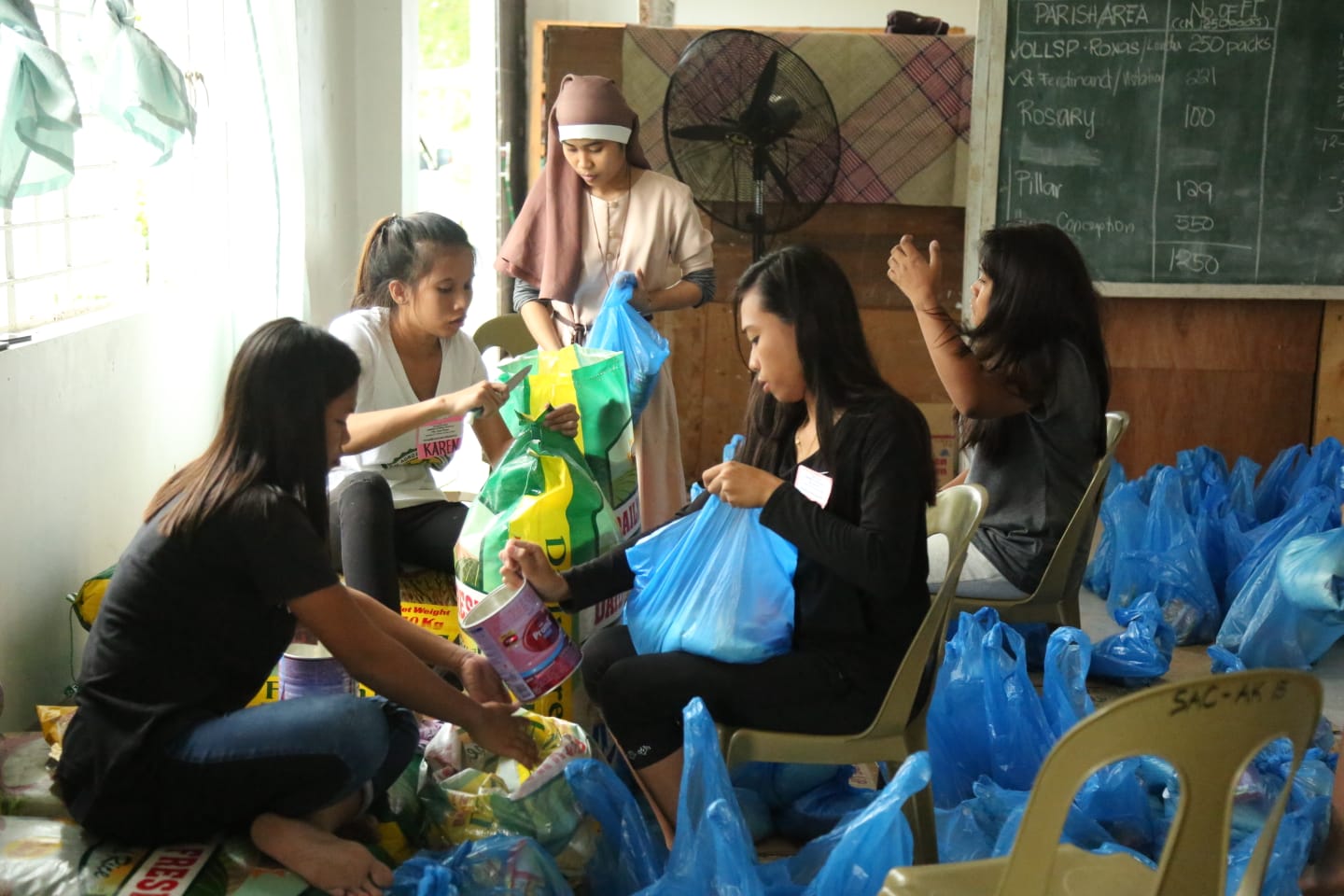 The local Caritas team packs the initial relief goods for distribution to families in the evacuation centers in Ilagan, Isabela.

“The Philippines is a country where many people are Catholic and there is a large church network,” Mr Forsythe said. “Because we are embedded in local churches, part of the social fabric of communities, we were often the first responders, able to provide food, water and shelter to those most in need.”

By deploying Rapid Assessment Teams and an operations centre, Caritas helped gauge storm damage. We also helped to deliver essential food, such as canned goods and rice, as well as hygiene kits.

Caritas also set up a system to transfer cash to disaster-affected families through private financial service providers immediately after the disaster.

Being ready for the storm

The Caritas network was in the Philippines before and during the typhoon, and now it is working to help people like Jessie who had their lives turned upside down by the storm.

Mangkhut affected 388,136 families, or around 1,633,746 people, according to government statistics, with 32,320 families still in evacuation centres. The typhoon damaged an estimated 223 million euros worth of crops, with rice, corn, vegetables among the worst hit.

With buildings, roads, water, electricity and communication systems destroyed, much humanitarian work remains to be done.

“And we are not just talking about our social action centres, but more importantly, about our communities’ capacities to bounce back,” he added.

Many of the worst affected people come from the most impoverished communities in the Philippines.

Yolanda, 40, a resident of Bantaway, San Vicente, Ilocos Sur, was living with her family in a makeshift shelter before the storm hit.

“We have just rearranged our house after Typhoon Mangkhut totally levelled it. ‘Rearrange’ because we don’t really have anything to build one,” she said. 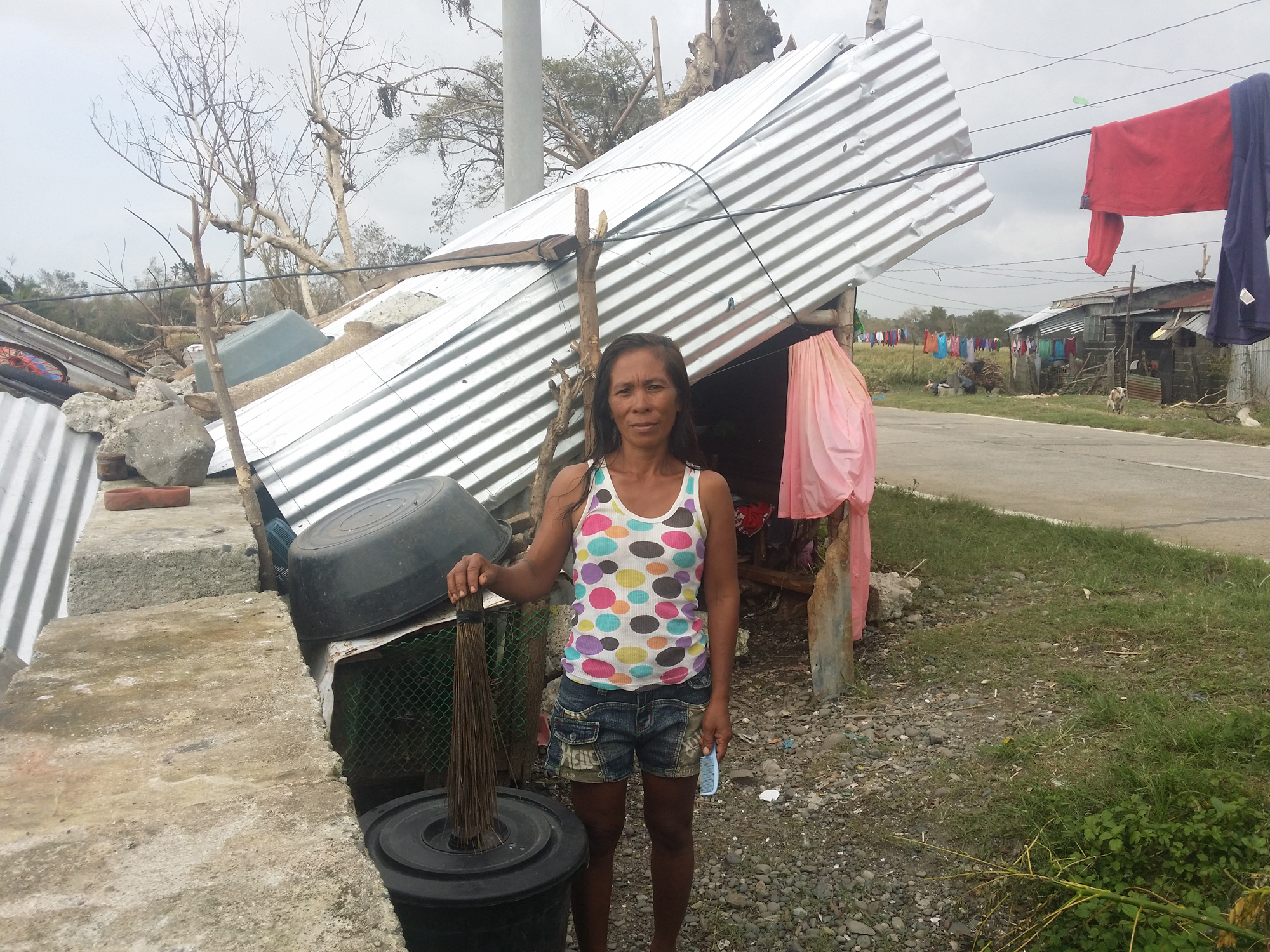 Speaking while Caritas workers made an assessment of the area’s aid requirements after the storm, Yolanda pointed to her new makeshift house and said: “This is all made from scraps, just like the old house we had.”

Yolanda, her husband and four children lived in their former house for four years before the typhoon. “We are one of the informal settlers in our barangay (neighbourhood),” she said. “The adjoining lot is for sale, but we do not have money to buy the land. So we make do with what we have.”

Land and livelihoods also destroyed by the Typhoon

During its assessment mission, Caritas encountered countless people in need of help. One of them, Orland, 37, lost not just his house in the storm but also his source of income. 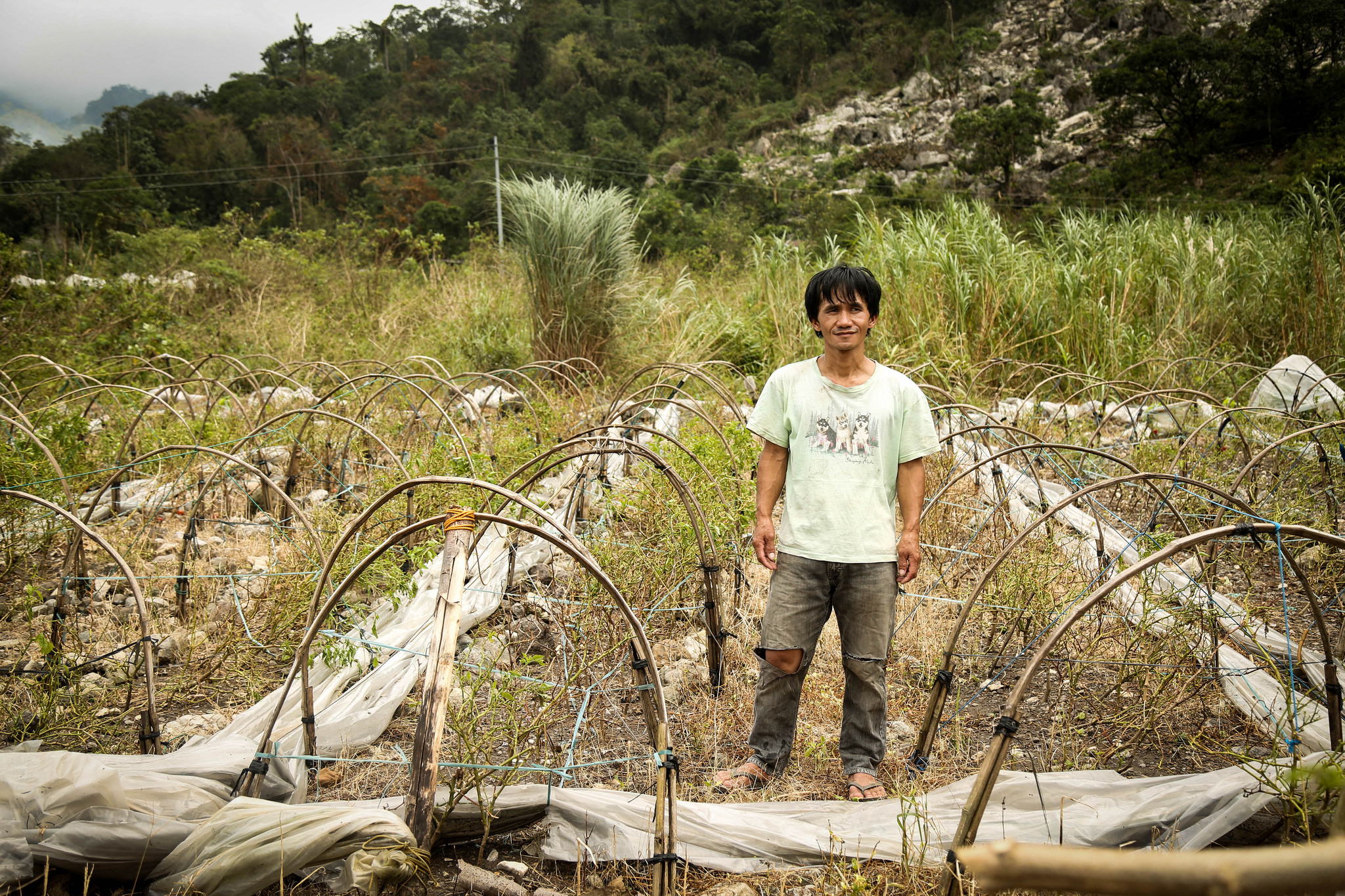 Orland lost his home and his only source of income. Photo by: Syrel Espineda/NASSA/Caritas Philippines

“I need to start all over again because in a couple of hours Typhoon Mangkhut swept away everything that’s important to me,” he said.

Emerita, 31, a farmer from Caoayan, Ilocos Sur, lamented how Typhoon Mangkhut had damaged her rice fields. “Before the typhoon, we were expecting to harvest at least six sacks of rice,” she said. “But now we’re not sure if we can salvage a single sack.”

“The saddest part is that the land is not ours,” she added. “Every time we harvest, we are obliged to give one sack to our landowner as payment for the use of the land. What are we going to give them now?”

Emerita said she and her husband need to earn extra cash now to sustain them in the coming months. “We appeal for your mercy. Help us restore our livelihoods,” she pleaded.

To help Emerita and others affected by the typhoon, Caritas has launched a global fund-raising appeal to provide for the early recovery needs of  almost 3,000 families with food, non-food items, shelter, livelihoods, and capacity building.

However, Caritas interests in the Philippines are long term. “We have been doing our best to influence the government and aid agencies to integrate humanitarian response with longer term development programming,” said Fr. Gariguez. “We are the most disaster prone country in the world.”