Survivors of Cyclone Idai are still in need of help

“We had lost everything” 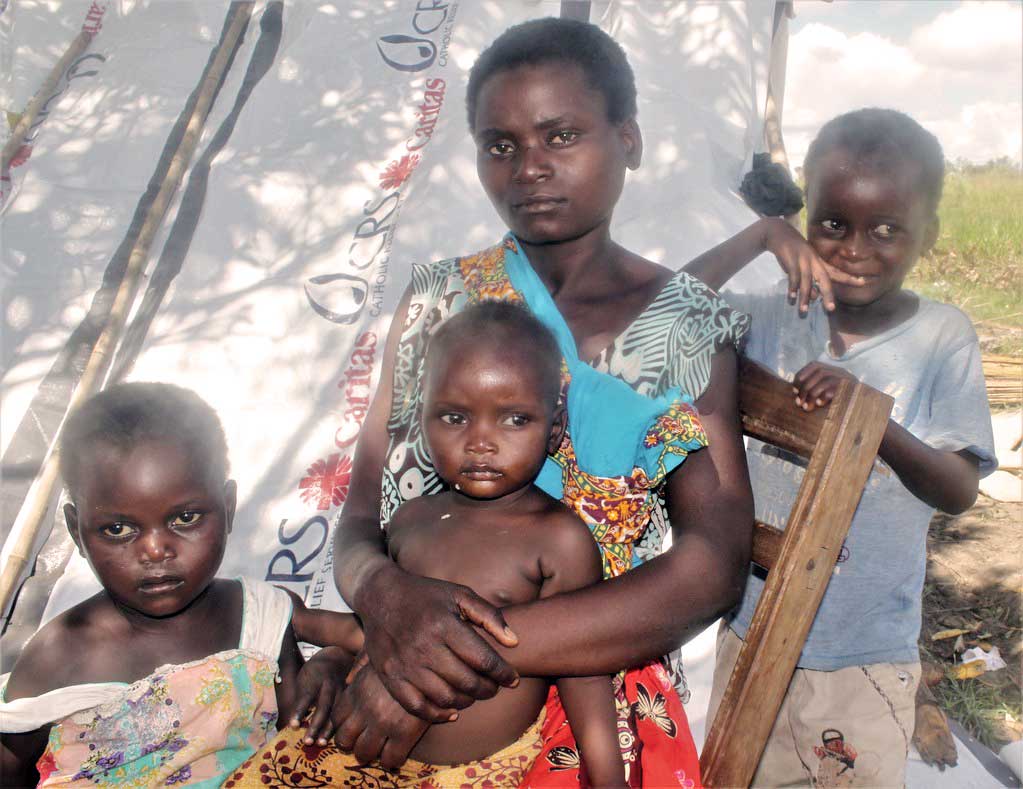 “We were all at home when the cyclone struck,” she says. “It was very frightening. We were inside our house and huddled together. The two youngest children were screaming and crying.”

“The next day we saw our house was badly damaged,” adds the mother of four. “We discovered that we had lost everything in the cyclone and the floods. All of our possessions, 25 chickens and our maize crop.”

Some 843 people were killed by the storm and subsequent flooding across flat rural areas in Mozambique, Zimbabwe and Malawi. Hundreds of thousands of people throughout all three countries are displaced and in need of food, water and shelter. Caritas Mozambique and its global partners are providing support to affected families.

Isabel, 25, is among 600,000 people in Mozambique affected by the cyclone. The day after it hit she went to seek shelter with her husband and children in a makeshift camp at a school in Tica, Nhamatanda district.

“We are living in this temporary shelter protected by a Caritas tarpaulin because we wanted to be closer to where we thought aid might come,” she says.

Before Caritas distributed food in the area Isobel’s family did not eat every day, but now they have enough for the immediate future.

“This food we have received today will last us for several weeks,” she says. “I don’t have to worry about feeding the children right now, but when the food runs out I know I will be concerned again.”

The family is waiting for flood water to subside so that they can see the state of their agricultural plot. But there is further uncertainty because they have no seed to plant.

How you can help with cyclone Idai emergency

DONATE TO OUR EMERGENCY FUND

Candido De Sousa, 45, a teacher at the school in Tica were the Caritas aid distribution took place, has seen at first hand the problems facing the community. 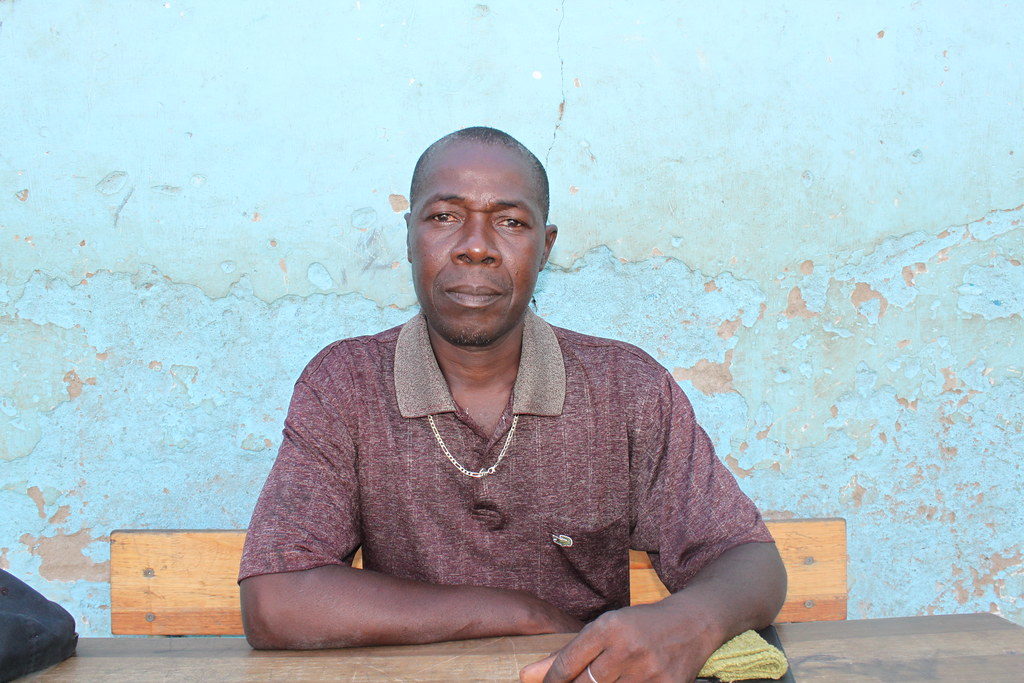 Candido De Sousa, 45, a teacher at the school in Tica were the Caritas aid distribution took place. Photo by David O’Hare/Caritas

Candido, who has worked at the school for eight years, and his wife and five children were spared the worst of the cyclone, which left their house undamaged.

But the school was badly hit. “I felt so bad because I could see my school was totally broken,” he says. “The roof was missing and there was a lot of damage.”

“In the days after [the cyclone], the teachers organised staff and pupils to clear up as best we could,” he adds. “You can see there is no roof still but we started classes again last week.”

Before the cyclone, the school had 27 teachers and 1,600 pupils in two buildings and a number of other outhouses. Although classes have resumed, Candido says only half of his students are now attending.

“I think this is down to the damage and the situation people find themselves in,” he adds.

“We have noticed big changes in the children who are attending. They have never witnessed anything like this in their short lives.”

Candido says the children are facing trauma, hunger and the effects of homelessness.

“The children are hungry. They are constantly thinking about when there might be a food distribution,” he says. “Sometimes I ask before class how many of the children have eaten before coming to school and none raise their hands.”

The teachers are hoping that the school will be quickly repaired, reorganised and classrooms re-roofed, but they fear a long wait, with staff facing their own hardships and school documents were destroyed in the floods.

“I am really worried about the children,” says Candido. “I can’t feel comfortable knowing children are not eating, are missing school and have lost their books and uniforms.”

There are many affected by the cyclone who are still in need of help. Caritas workers say that people urgently need more food and clothing, cereal seeds, construction materials and kitchen kits.

Sixteen-year-old friends Linda Lucas and Maria Domingos, who are living nearby in another makeshift camp, both lost their family homes in the cyclone. 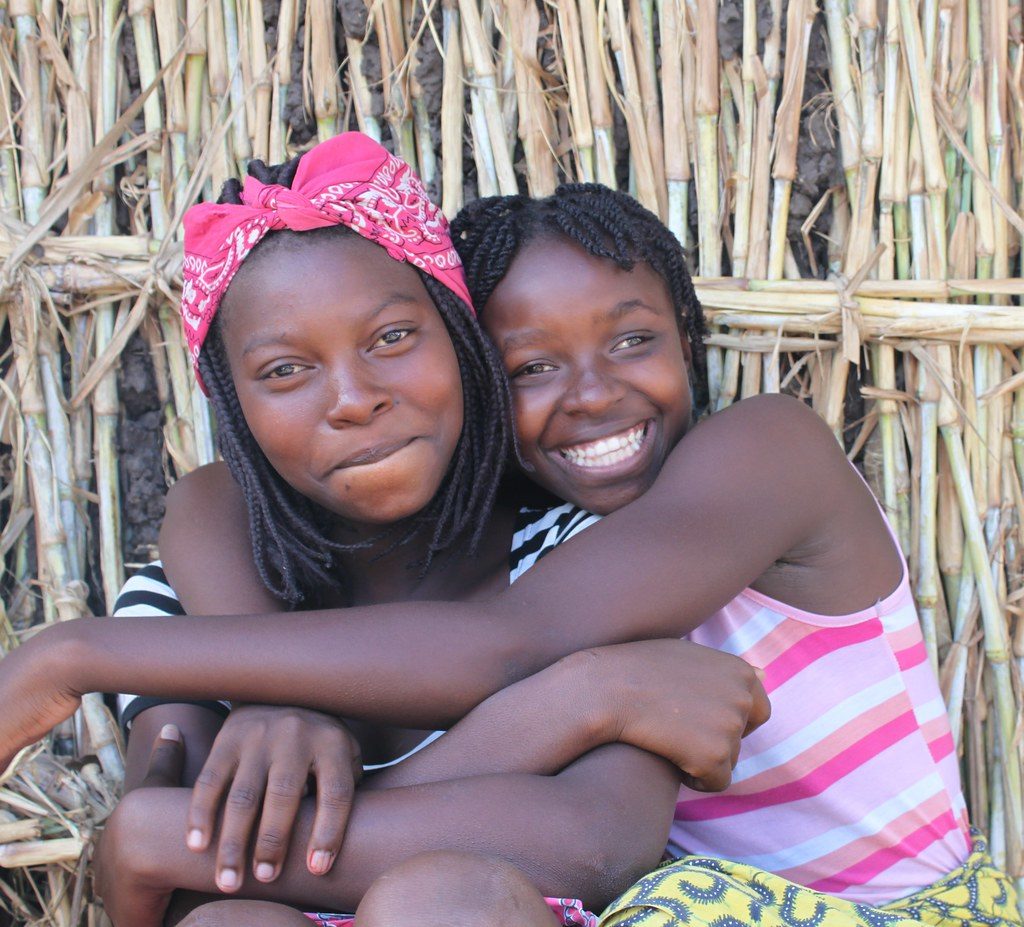 The friends are finding life in the camp hard and miss their homes and former lives when they played with friends and watched television.

‘At home we had a nice toilet, but in the camp it is a latrine which everyone uses and it’s horrible,’ says Linda.

Maria says she misses things like her winter blanket, chairs and going to school. “My school books and uniform were washed away in the floods,” she adds.

“The school was damaged a little in the cyclone but we all went to help clean up. The school opened again last week, but we can’t afford to go back yet.”

They say their parents have asked them to be patient. “Food is a big problem,” says Maria. “The worst part is when we hear of food being given out elsewhere. We really hope there will be a distribution soon where we are.”