The burning of the Amazon rainforest is intentional and people are seriously afraid, indigenous communities are telling Caritas in the build-up to the Synod on the Amazon.

As new photos from Caritas show fires devastating the Brazilian rainforest near to Novo Aripuanã, indigenous communities are expressing dismay at the apparent impunity with which illegal deforestation is being allowed to rip through their traditional lands. This year more than 100,000 fires  were registered in Brazil by the end of August, of which 73,000 were in the Amazon, raising an international outcry, including from Pope Francis.

“We feel abandoned by the government,” a leader of the Tururukare community told us (we will not use his name). “The problem of fires is not new, but it used to happen in a hidden way. Now it is out in the open.”

The nearest fires are only an hour away and this indigenous community feels at risk, since they depend entirely on the forest for their livelihoods: fishing, harvesting plants for food and traditional remedies, making crafts. The leader’s nine-year-old daughter is already learning these skills, little knowing what threats lie ahead. “We fear for the future of our children,” her father says with sorrow. 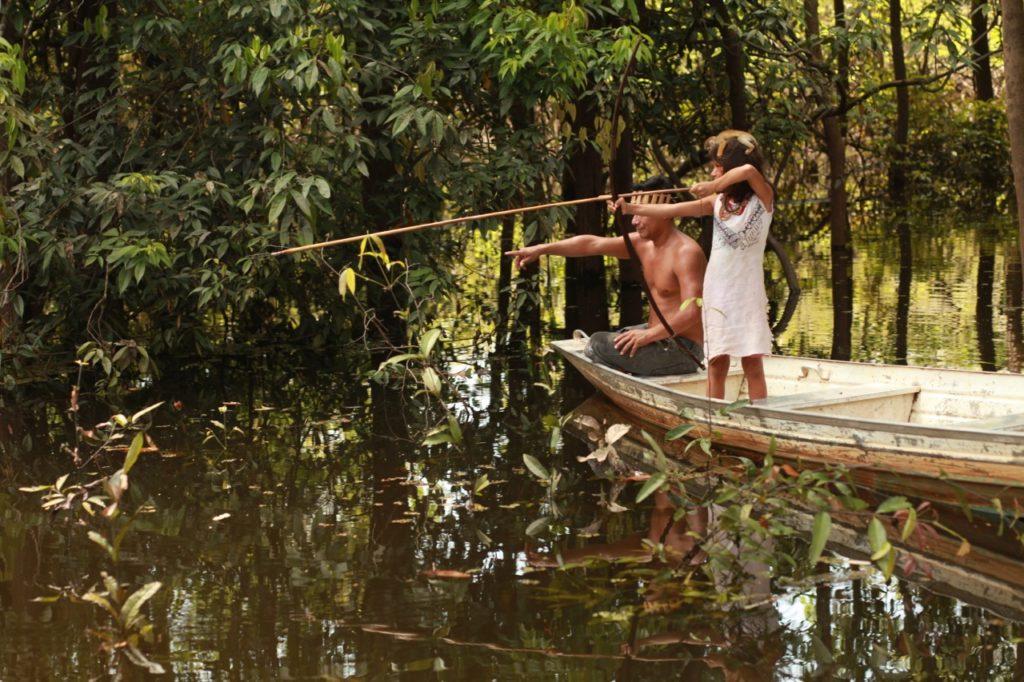 A way of life worth defending: fishing in Tururukare, in the Brazilian Amazon. Photo by Marcella Haddad / Caritas

Indigenous and other communities supported by Caritas are in no doubt that the fires are ignited by unscrupulous farmers to appropriate land that should be protected by law as national forest and indigenous territory.

Brazil’s National Institute of Space Research (INPE) has stated that most fires in the Amazon are caused by human action. INPE’s satellite data shows an 85% increase in fires across Brazil in comparison with last year.

“The Amazon is under serious threat, due to the massive expansion of cattle ranches, soya plantations, mining, deforestation and expulsion of communities from their lands,” warns José Batista Afonso, a human rights lawyer who works for Caritas partner CPT, the Pastoral Land Commission, in the state of Pará.

“We are in the middle of a big conflict,” says Batista. “On the one side are those who fight to protect the forest and its peoples, on the other, those who want to destroy it.” CPT has recorded over 900 murders of rural workers and land rights defenders in 50 years in Pará alone.

The new photos from Caritas show constant fires along roads surrounded by intense human activity near Apuí, next to the indigenous territories of Tenharim and Jiahuí, Amazonas state. 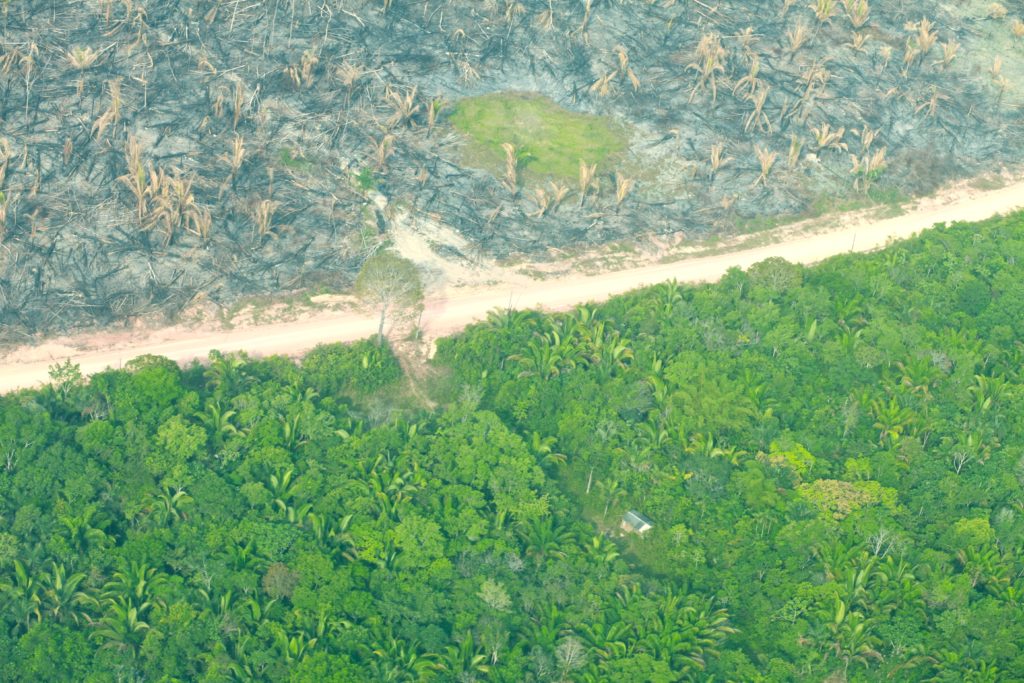 The Amazon at the heart of the Church

The crisis underlines the urgency of the Synod on the Amazon. Pope Francis has called for the fires to be brought under control as soon as possible.

The Synod (“Amazonia: new paths for the Church and for an integral ecology”) will highlight the extreme seriousness with which Pope Francis views the impact that environmental destruction is having on local communities.

“Instead of signs of life, the Amazon is already emitting signs of death …” warned Evaristo Pascoal, Bishop of Marajó, who attended an “Act in Defence of the Amazon” held in Brazil’s House of Representatives on 5 September.

A letter was presented to the Brazilian government by members of the Church in the Amazon and Caritas partner REPAM (the Pan-Amazon Church Network), decrying the “predatory system” that is destroying the forest and the lives of its people.

Point of no return

REPAM, who have facilitated the consultation of  87,000 people in preparation for the Synod, put it starkly:

“Right now, climate change and the increase in human activity (deforestation, fires and changes in land use) are driving the Amazon towards the point of no return. We call on all humanity to be aware of the serious threat posed by this situation.” 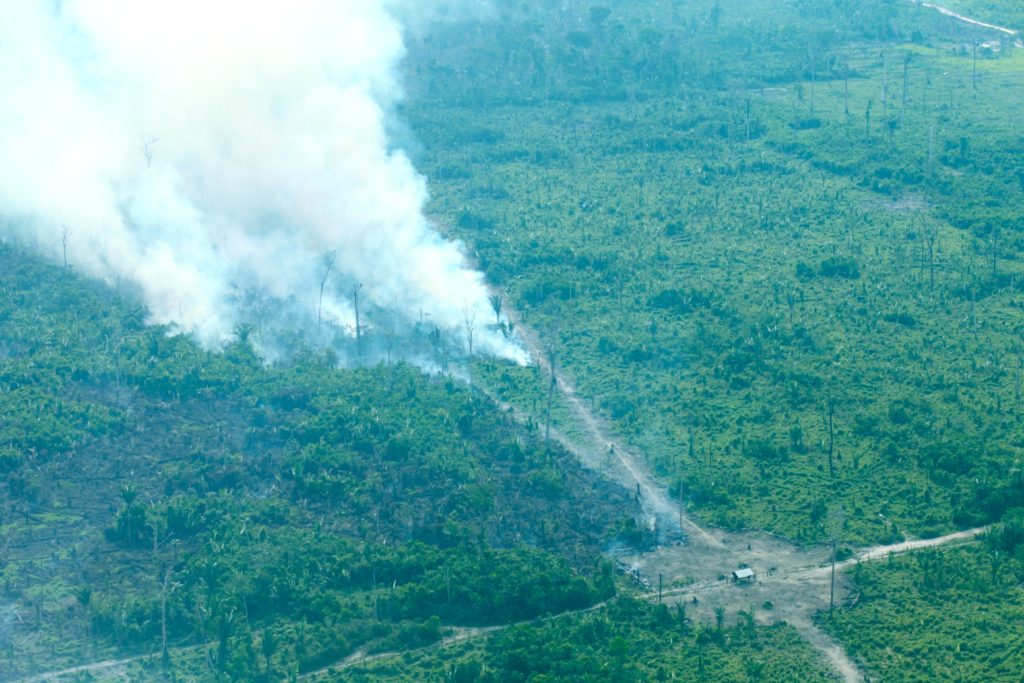 The bishops of Latin America and the Caribbean (CELAM) have added their voice. “If the Amazon suffers, the world suffers”, they declared in a statement on 22 August. It is a crisis “of planetary proportions” they warn.

Caritas partners across the Amazon are helping communities defend their rights and territory against brutal intimidation. Caritas Brazil’s network has 29 members in the Amazon, working to strengthen and support the country’s traditional peoples: indigenous groups, river dwellers, and quilombolas (descendants of Afro-Brazilian slaves), as well as urban populations living in economically vulnerable conditions.

Caritas also works on climate change and disaster risk management, supporting migrants and refugees and the rights of children.

Caritas Internationalis and local Caritas from the nine Amazon countries will actively participate in next month’s Synod, with many campaigning initiatives planned to follow up its recommendations.

As Caritas President Cardinal Tagle says, “What happens in Amazonia affects the whole world. So we should really take care of our common home.” 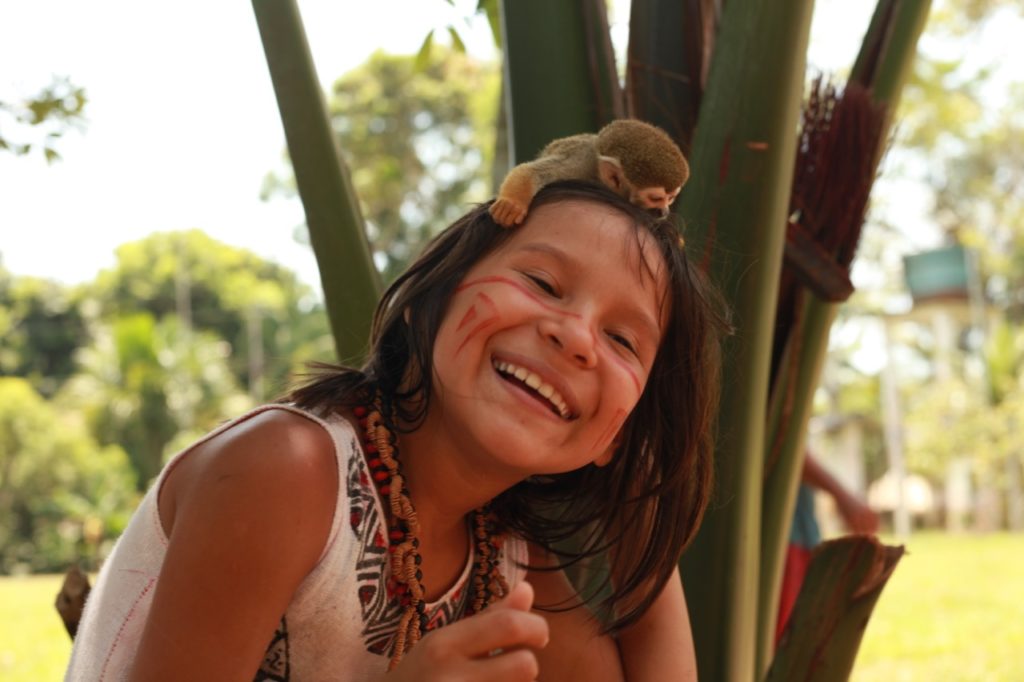 Caritas works to defend the traditional peoples of the Amazon. Photo by Photo by Marcella Haddad / Caritas