Synod on the Amazon: interconnecting human beings, nature and God

The Amazon Synod opened Sunday 6 October with a Holy Mass at St. Peter’s Basilica, welcoming hundreds of visitors. Those not attending the Synod itself will be participating in The Amazon: Common Home – a series of parallel events, exhibitions and debates open to the public. 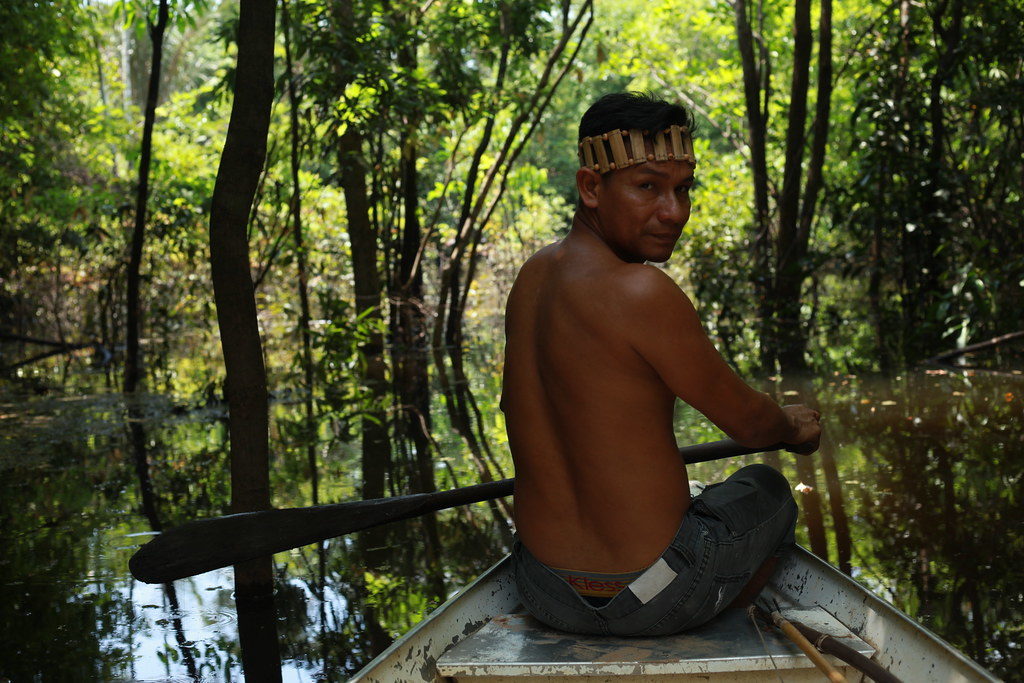 The synod on the Amazon seeks to find new paths for the Church to support the people who live in the region, defending and upholding the rights of the poorest and most marginalised. Pope Francis has declared he wants a “Church with an Amazonian face”, one that shares the challenges particularly of the indigenous peoples who are threatened by aggressive mining, logging and agribusiness interests. The synod is debating how to carry the Church’s pastoral care to the remotest areas of the region, and how to promote a true care for our common home through the protection of the Amazon biome.

184 bishops and priests along with specially-invited indigenous representatives will be focusing on three key words as invoked by Cardinal Hummes, president of REPAM – the Pan-Amazonian Ecclesial Network: evangelization, indigenous peoples and the Amazon rainforest.

On Friday during the feast of St. Francis of Assisi, indigenous people from the Amazon joined by South American missionaries and global Catholic organisations sang their way up the hilltops of the Vatican gardens to plant a holm oak tree from Assisi, Umbria. They decorated the garden with baskets, fabrics and wood carvings from their communities.

The pope also received a necklace from the indigenous chief or cacique who ceremoniously placed it over his neck. The celebration of the feast day included prayers and reflections from the Global Catholic Climate Movement, REPAM, and the Order of Friars Minor.

Pope Francis received a necklace from an indigenous chief or cacique from the Amazon. Photo by Caritas

In honour of St. Francis, patron saint of the poor and of the environment, Pope Francis and Cardinal Hummes planted the tree with the help by two indigenous people.  Sr. Liliana Franco of the Company of Mary highlighted the symbolic importance of the tree, as the voice of the Amazon with “the capacity to embrace and transform and convert us to a more evangelical lifestyle.” She urged the audience “to sow and to do it tirelessly.”

Indigenous people, priests and representatives from partner organisations like CIDSE, MISEREOR, Caritas Internationalis, the Conference of Religious Women in Latin America and Talitha Kum all contributed to the planting.

Martina Liebsch of Caritas Internationalis noted that “it is only by working together- the Church with indigenous peoples and other committed partners- that a new path for the Church and our Common Home can be put in place.”

The spirit of the morning was one of hope. Catholic organisations and movements came together with the Church and the Amazonian peoples to pray, reflect and prepare for an integral ecology -one that represents the web of life interconnecting human beings, nature and God.

Leon Alfonso de Souza of REPAM described how much hope surrounds Pope Francis’s call for the Church to find new pathways in the Amazon. “There is so much suffering in the Amazon,” said de Souza, “that it needs the help of an authentic ecological and pastoral conversion.”