Caritas is appealing for €1 million to help the people of Zimbabwe who are going hungry because of drought.

Around half the population (7.7 million people) are expected to not have access to enough nutritious food in 2020 because of poor rains and erratic weather.  Many people are coping by eating more starch and less protein and vegetables, limiting food portion sizes and borrowing money. Some families can currently only manage one meal a day. 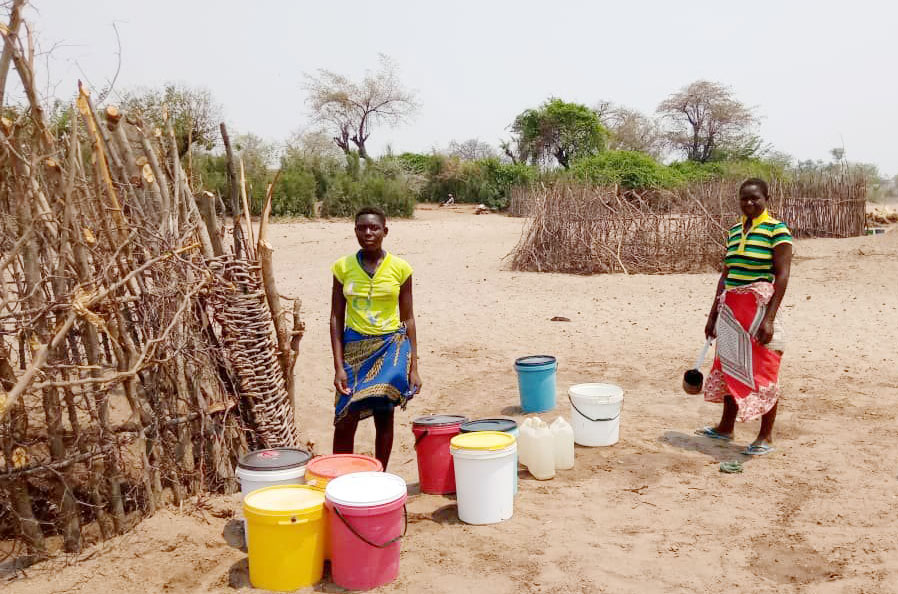 “We are seeing a lot of malnutrition – not just in rural areas but also urban,” says Marius Zigbwi, Caritas Zimbabwe. “Unemployment is at 90 percent and children are dropping out of school because of the food shortages and because their families can’t afford the fees. Donations will help us to stay with people at this difficult time and to close the gap. It’s so important that we ensure that no one is left behind.”

Caritas’ emergency appeal will help 17,000 people for eight months. Initial focus will be on ensuring people have enough to eat. Households will be given enough cereal, pulses and vegetable oil to cover monthly needs. Distributions will take place in the provinces of Hwange, Gweru, Chinhoyi, Gokwe, Bulawayo and Masvingo

Direct food distributions have been chosen rather than giving cash transfers as the food supply is low in many places and inflation means the cost of food is high.

More than 90 percent of households asked said that they couldn’t afford seeds and tools to plant. The lack of planting in the 2019-2020 season as well as the shortage of water due to the drought will have an impact on people’s ability to grow food.

The last three months of the emergency programme will focus on building people’s resilience to the future impacts of extreme weather. Caritas will give communities seeds that grow in spite of erratic weather such as cowpea, maize and sorghum.  Communities will also receive training in sustainable agricultural practices and the use of organic fertilisers.

Concerns are high for the future as communities struggle to cope with the weather and the increasing price of food. Hwange has the highest number of households just consuming one meal a day. All markets across the country have very little to no maize grain and maize meal and prices are so high they’re beyond the reach of poor household.

Rainfall received towards the end of January up to mid-February led to improved crop conditions in parts of the country, but early-planted maize was a write off as it was affected by the dry spell from December to mid-January 2020. As of January, a high proportion of farmers in some districts had not started planting.

This latest extreme weather event comes on the tail of last year’s devastating Cyclone Idai. The March 2019 storm hit the east of country and left 270,000 people affected by floods and landslides, many of them children. The mass destruction wreaked havoc on the country’s food production.

The UN World Food Programme has raised the alarm for the wider 16-nation Southern African Development Community where 45 million people are hungry. They say repeated drought, widespread flooding and economic disarray have left the region facing an unprecedented hunger crisis.