The theme chosen by Pope Francis for the 106th World Day of Migrants and Refugees is: “Forced like Jesus Christ to flee” and it focuses on the pastoral care of internally displaced people. Read Pope Francis’ message. 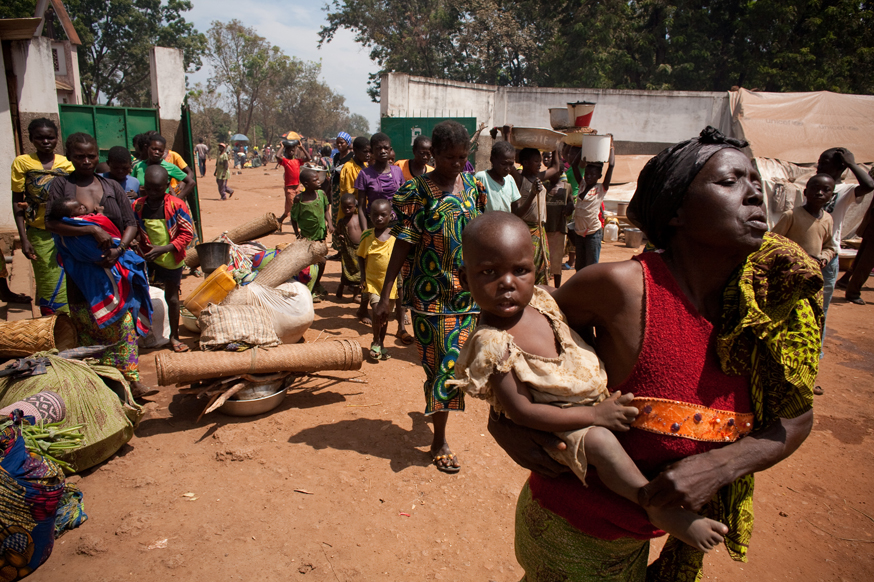 Internally Displaced Persons (IDP’s) arrive to take shelter next to the Cathedral on November 10, 2013 in Bossangoa, 380 km north of Bangui. Credit: Matthieu Alexandre

The secretary general of Caritas Internationalis, Aloysius John, says, “Throughout the world, Caritas Internationalis is in constant and direct contact with those living the dramatic situation of being displaced in their own countries. They are people left to their own devices and deprived of conventional legal protection. On this special day we want to echo their cry for justice by calling for immediate and timely action.”

The 2020 Global Report by the Internal Displacement Monitoring Centre, says 45,7 million people were internally displaced as a result of conflict and disasters around the world by the end of 2019.

“This figure is the highest ever recorded,” says John. “But despite the growing numbers and the urgency, until now, the dramatic situation of the IDPs was not adequately addressed on an international level.”

“They are victims of undemocratic political systems and environmental disorder which leads to hunger, war and violence. They are among the most vulnerable people on the planet yet they are denied their basic right to live a dignified life,” John adds.

IDP children – especially young girls – and women are even more vulnerable and are often objects of exploitation, abuse and sexual violence.

Caritas organisations throughout the world have embraced the cause of these vulnerable people by receiving them, accompanying them and helping them to live a dignified life.

In Honduras, for example, support starts within the parish Caritas, whose volunteers are mobilised to receive internally displaced people and help them integrate into the local community, as well as assisting them with access to education and health.

In Burkina Faso, Caritas Ocades/Burkina is running a project to facilitate the integration of internally displaced minors.

Many situations of internal displacement have become protracted as the root causes of forced displacement are not addressed or remain unresolved, for instance, in conflict situations (Syria, Colombia, Ukraine…) or as a result of natural disasters and famines (Somalia, Burkina Faso and Mali, the Philippines), or due to climate change, where continuing conditions of insecurity prevent forcibly internally displaced people from returning home.

“We cannot continue to close our eyes to this tragedy. On this day for migrants and refugees Caritas Internationalis urges governments and the international community to take immediate action for internally displaced people, and in particular: