Stop sanctions. After 10 years of war Syria is now under the ‘bomb’ of poverty

Ahead of the fifth European Union donor conference on Syria, Caritas Internationalis shed light on the situation in Syria and urges the international community to act during the conference “Church and Caritas: 10 years of humanitarian response in Syria”.

As its Secretary General Aloysius John said in his speech, Caritas Internationalis joins the Syrian Church in asking: to lift unilateral sanctions, which were introduced at the beginning of the war; to increase access to services and healthcare, including COVID-19 vaccines for the suffering people of Syria; to ensure support to the NGO, in particular the faith-based organisations; a negotiated peace, avoiding continued stalemate, which only results in untold sufferings to the innocent civilians.

“Syrians, and especially Syria’s youngest generation, cannot afford the trials and the violence of this war any more. They deserve a better future,” said John.

Ninety percent of the Syrian population has plunged into poverty as a result of ten years of war, international sanctions, the coronavirus pandemic and economic crisis.  A third of the population has fled the country and 12.4 million people do not have reliable access to food and heating.

Also speaking at the Caritas Internationalis press conference on the Church and Caritas in Syria, Cardinal Mario Zenari, Apostolic Nuncio to Syria, said:

“It is true that bombs and rockets have not fallen on various regions of Syria for some months. However, the terrible “bomb” of poverty has exploded.”

Cardinal Zenari acknowledged with the gratitude the ongoing assistance from the humanitarian community, especially that of Caritas Syria, “whose task should be that of the backbone of the humanitarian mission of the Catholic Church.” Notwithstanding, he added, “the major emergency projects of the international community, mentioned earlier, cannot continue forever.”

The Caritas confederation has helped an average of 1 million people a year since the beginning of the war in 2011. Help has included food, education, repairing houses, psychological and health support, water and hygiene projects and, in recent years, an increasing move towards livelihood projects to help Syrians become more autonomous. 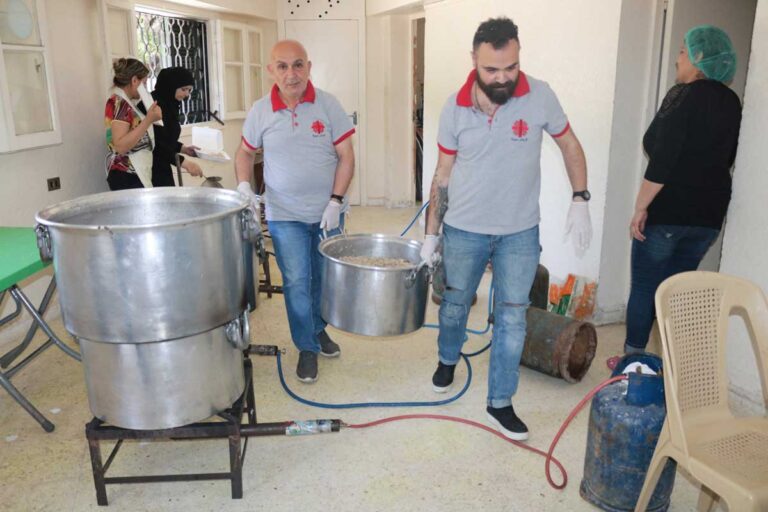 “Syrians have paid a high tribute to the war in Syria during the past ten years in terms of killing, internally displacement and refugees, and destruction did not distinguish between houses, public facilities, or medical or educational centers,” said the executive director of Caritas Syria, Riad Sargi, who also made an urgent appeal to the international community, saying, “The sanctions and boycott on Syria, in addition to the Caesar Act, has negatively affected the lives of Syrian citizens, especially the most vulnerable, as these sanctions hit them at the core of their daily lives so that some of them could only eat bread and drink water. The garbage containers in the streets became a source of food for the poorest.”

Sixty percent of Syrian children are in urgent need of education, food and heating and 2.4 million children don’t have access to schooling. A major focus for Caritas Internationalis is investing in education for the thousands of Syrian children whose schooling has been interrupted because of the war.

“We want peace, we want dialogue,” was also the heartfelt plea of archbishop Jean-Abdo Arbach, Melkite Archbishop of Homs, Hama and Yabroud and president of Caritas Syria. “We ask the government to cooperate with opposition to restore human dignity. After 10 years of war, we ask for international cooperation. And because of the crisis in the Middle East Syria has become forgotten.”

The full video of the press conference is available here