Caritas Internationalis: “The ‘moment of shame’ must be followed by a moment of action. Enough human tragedies consumed in total indifference”.

Following yet another tragedy in the Mediterranean Sea, Caritas Internationalis raises its voice to condemn the indifference and lack of political will that led to the deaths of more than 130 migrants off the Libyan coast between 21 and 22 April.

The confederation calls for mechanisms to be put in place to protect the rights and dignity of migrants along their journey, to ensure safe and legal migration routes, and to intensify support to local communities in the countries of origin so that people are not forced to migrate. 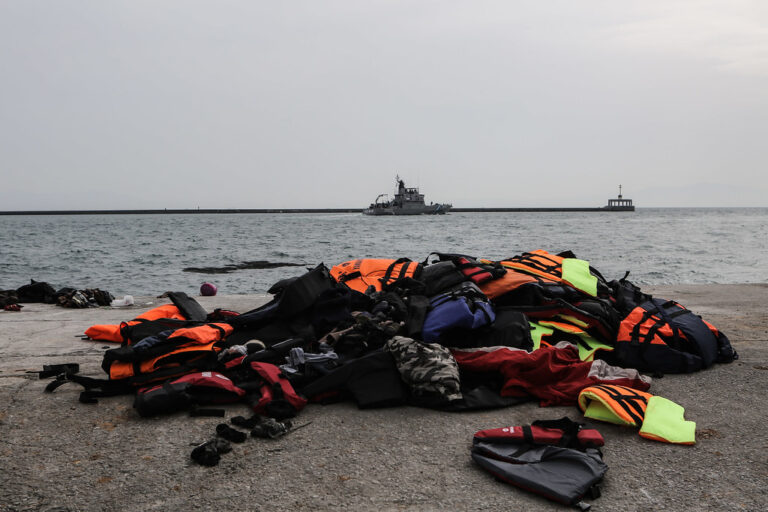 “The ‘moment of shame’, as the Holy Father rightly called it, must be followed by the moment of political will, welcome, legality and action,” says Aloysius John, Secretary-General of Caritas Internationalis.

“We cannot continue to look the other way or to witness the sad and ignoble scenario of governments passing the responsibility to each other to the detriment of human lives, the value of which seems non-existent today.”

A week after the tragedy that took place in the Mediterranean Sea, as media attention on the event begins to wane, Caritas Internationalis launches its appeal to keep attention focused on the drama of migrants and to ensure that international outrage is followed by concrete actions.

“We must all feel responsible and not forget that these migrants left their countries, because of the consequences of our modern unjust society which does not allow them to live in dignity in their homeland,” adds John.

Caritas Internationalis is in contact with these migrants, knows and shares their sufferings, and does its best to heal their wounds and give them comfort and solace to preserve their humanity. Caritas is active in their countries of origin, promoting programmes aimed at eradicating the causes of migration. Caritas accompanies migrants in the countries they cross along their journey, by giving them food and water, a place to stay, psychological support, and also information about their rights and the risks they will incur on their way. Caritas welcomes migrants in their countries of arrival, helping them to integrate.

The Mediterranean Sea is a cemetery for thousands of such migrants and will continue to be unless the international community decides to act. Closing of borders is paramount to hypocrisy, because the main cause of poverty in migrants’ countries of origin is found in political, economic, and geostrategic choices of the rich countries favouring the exploitation of local resources, in complicity with corrupt local leaders who are kept in power while oppressing their population.

“As Pope Francis said ‘these migrants were human beings who begged for help which never came’. It is a shame that the international community does not want to take responsibility to save them. Each face that perished represents scars of violence, misery, poverty, hunger, and helplessness. They were entering the jaws of death with the hope that they can find a better life elsewhere.”

The Caritas confederation firmly believes that a sustainable and long-lasting solution to prevent such tragedies cannot be found, unless there is the political will to develop the least developed countries, and unless all efforts are undertaken to promote democracy through people’s participation.

After this umpteenth tragedy, which occurred amid worldwide indifference, and in line with the “Twenty Action Points on migrants and refugees”, formulated by the Vatican’s Section on Migrants & Refugees of the Dicastery for Promoting Integral Human Development, Caritas Internationalis asks the decision-makers to: