Caritas Angola started its activities in 1957. The first actions undertaken until 1969 involved providing assistance to communities affected by conflicts between the colonial Portuguese army and nationalist guerillas fighting for independence. Another significant activity entailing support to these communities regarded the first outbreak of Ebola haemorrhagic fever.

As of 1970 Caritas Angola began to operate as an autonomous organisation of Caritas Portugal. It focused on mitigating the effects of armed conflict. To this end, the highest concentrations of war-displaced people were identified, and efforts were made to raise urban communities’ awareness of the displaced people in their midst. The link with Caritas Internationalis and other organisations was used to distribute essential goods to the most dangerous and remote areas and healthcare and moral support were offered to people affected by war.

All assistance actions were carried out impartially, and without any religious discrimination. Caritas Angola was the only organisation that managed to deliver goods by air to Jamba, the headquarters of UNITA (National Union for the Total Independence of Angola), as well as to other remote provinces.

As of 1983 Caritas Angola started operating more as an institution, after a structuring process that culminated in the appointment of a National Secretariat to manage its operations. In the period from 1994–1996 diocesan committees were set up.

Today Caritas Angola has 19 diocesan Caritas, and operates in the following areas: institutional capacity building, preparation for disasters and fund-raising; companies and influencing public policies; healthcare (especially regarding HIV-AIDS and maternal and infant health); literacy and vocational training; and agriculture (with priority given to rural areas). 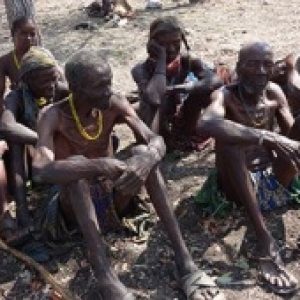 Caritas Angola took part in an joint assessment trip to four municipalities in Namibe Province in early June, where staff found an estimated 250,000 people affected and 70 percent of crops destroyed. Families’ remaining stocks will not last until September. 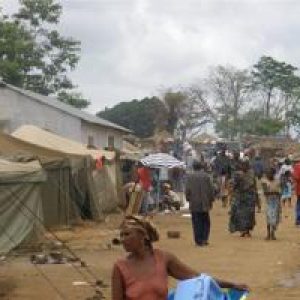 Expulsions from Congo and Angola cause humanitarian crisis

Some arrive barefoot, others in rags and all of them exhausted and without possessions. Tens of thousands of people are suffering hunger, disease and hardship as Congo and Angola take part in a tit-for-tat immigration quarrel involving mass expulsions.