The day I introduced Pope Francis to the Rohingya

Pope Francis met a group of Rohingya refugees in Bangladesh on 1 December on his trip to Asia. The 16 refugees travelled to Dhaka from Cox’s Bazar, where they live in huge camps. Some 630,000 Rohingya refugees have fled Myanmar since August.

“I knew that I would meet the Rohingya, I didn’t know where or how,” said Pope Francis. “After so much management also from the government, with Caritas…the government allowed this trip. What Bangladesh does for them is big, an example of welcoming.” 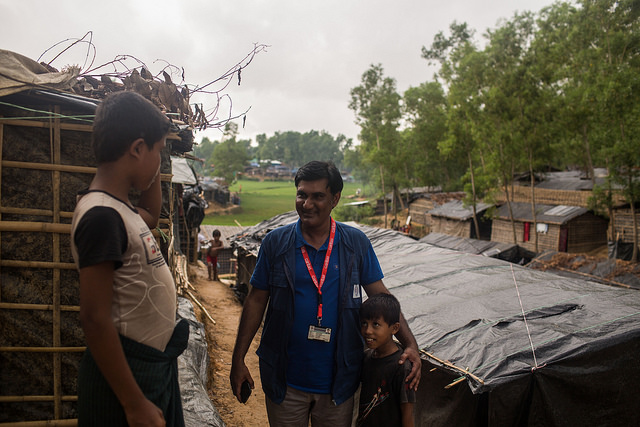 “We started the journey very early and arrived in Dhaka tired. We, the Rohingyas and the people accompanying them, got a lot of attention. The organisers were very supportive and caring.

“The first part of the event was an interreligious prayer followed by a moving, hard to forget message from Pope Francis. After that, Pope Francis had a chat with Rohingya families and later with individuals. He wanted to know firsthand what happen in Myanmar.

“One of those he talked to was Swakat Ara, an orphan. She is 12 years old. She lost her parents and two brothers. One uncle brought her to Bangladesh after a nine day walk. The uncle has been injured – by bullets. She is staying with him and his family.

“She cried when talking to Pope Francis. She described how her house was burnt, how she lost her family and described how long she waited until she realised her uncle was alive. When she arrived in Bangladesh, she told the Pope, she was tired and hungry –no food for three days. She was longing for her parents and brothers.

“I bear with me whatever you share with me, said Pope Francis. He asked them for forgiveness and offered them his prayers.

“The Rohingya do not know who the Pope is. They learned that he is a man, among other things, of peace and an advocate for human rights. They appeared moved by his words. Certainly, the lives of the 16 refugees meeting Pope Francis in Dhaka will not be the same.

“The papal visit may contribute to the Rohingya getting rights and citizenship to allow getting back home, a home where they are accepted, have rights and their children are protected. Then Rohingyas may be willing to forgive. 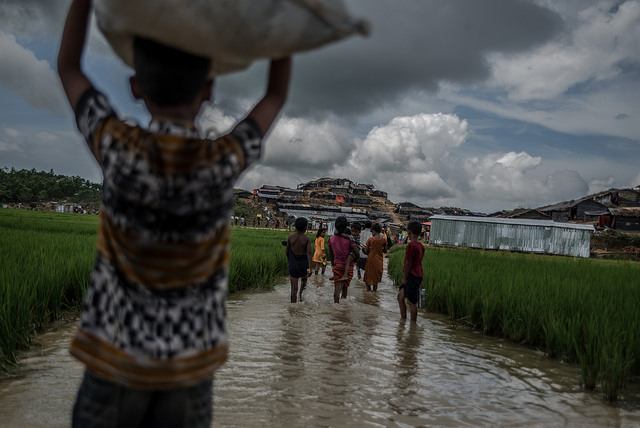 “The crisis has just began. In three months, 630,000 people arrived into Bangladesh, a poor, densely populated country. Imagine a city the size of Genoa rising from scratch in three months. The Rohingyas need everything. They need food, a roof over their heads, playgrounds for the children, occupation for the youth, jobs, you name it.

“An Irish priest joined us in a visit to the camps the day before yesterday. He said his heart was broken, he had never seen such suffering – and such resilience. The children smiled and invented games and toys to play. That seems to be the main challenge: allowing the children to play and have a future.

“I never thought of meeting the Pope – and certainly not under such circumstances. I was concentrated on the assignment: to make sure the refugees can meet Pope Francis. I was tense and thought what will happen if I fail?