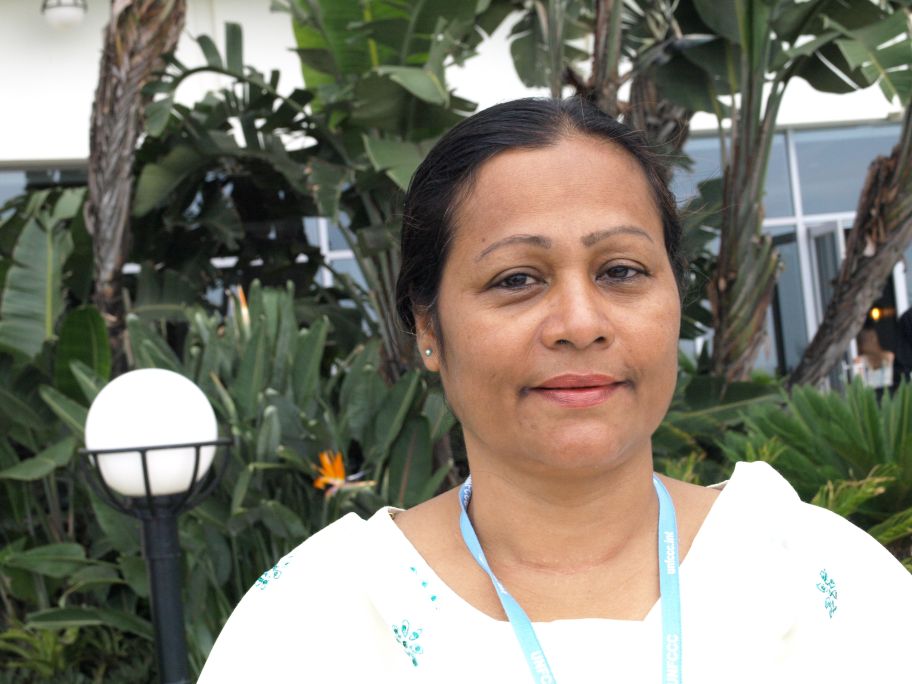 An insurance policy covering loss and damage to your property if there is hurricane or flood isn’t an option if you are poor. But one of the smaller issues discussed at Durban is how to provide communities with just such coverage through a ‘loss and damages’ fund.

Dr Anwara Shelly from Caritas Bangladesh is taking part in the UN conference in Durban wearing two hats, both as Caritas and on the official Government of Bangladesh delegation.

On the details of negotiations in the conference centre, Caritas experience in the field can have a real impact. At a session on the loss and damage fund, Dr Shelly raised her hand to urge that fund not be targeted at the national level, but at the local or district level where it can be most effective.

“My 24 years of experience with Caritas Bangladesh has shown me that in a disaster, we must be able to mobilize funds at the local level,” she said, pointing to the cyclones that have ravaged her country. She says that people surviving the initial hazard often suffer because it takes weeks to reach them.

Her intervention was welcomed, and she received the backing of Bolivia, Cook Islands, East Timor and Tuvalu. That means her suggestion will be included in the text for further discussion and approval by the delegates.

Dr Shelly was present at UN talks on climate change in Copenhagen in 2009 and Cancun in 2010, but this is her first time as an official country delegate.

“I can speak on behalf of my country and on behalf of the poor people,” she said. “I can bring their concerns to negotiating table.”

Climate change in Bangladesh is a critical issue. Science shows that by 2050 17 percent of the country will be underwater. That means tens of millions of people will be displaced. One of the issues Caritas Bangladesh is asking for is that the UN officially recognizes “climate refugees”. Currently it doesn’t, which affects their legal status.

The fate of Bangladesh hangs in the balance in Durban as delegates try to agree on what to do with the Kyoto Protocal.

Dr Shelly has witnessed years of tense UN-led climate talks that have so far failed to come up with a new legally binding deal that will curb greenhouse gas emissions and fund developing countries to cope with the impact of extreme weather.

“Negotiations are very slow,” said Dr Shelly, doubting rich countries commitment to a new deal. But her own actions in Durban show that change is possible. Bangladesh has no choice, but then neither does anyone else if we want to save the world for future generations.