Syrian church calls for an end to cycle of violence 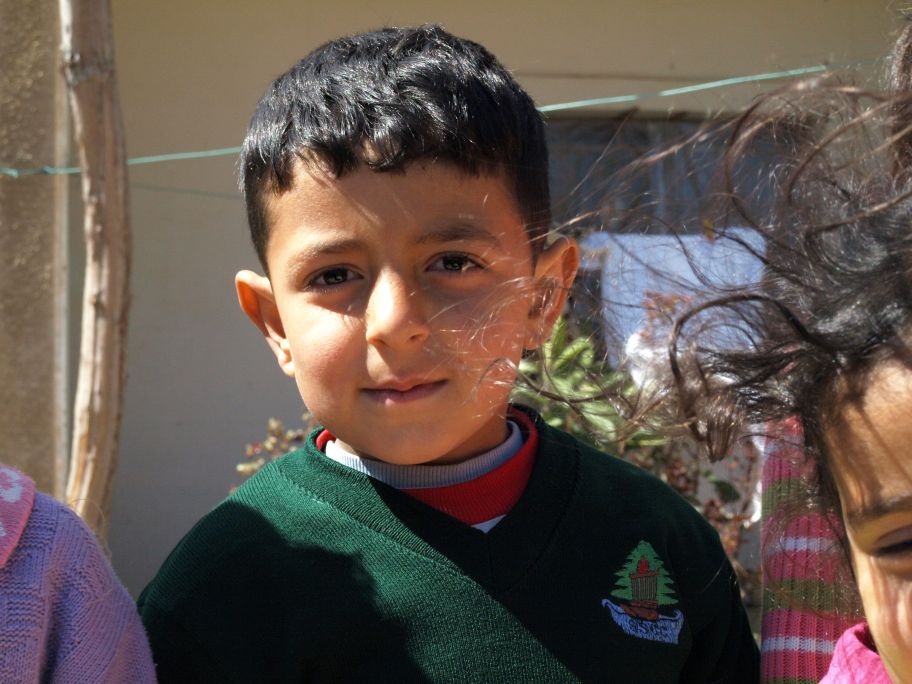 A Syrian refugee in Bekaa, Lebanon. His family has recieved food, heaters and blankets from Caritas. Photo by Patrick Nicholson, Caritas

The Catholic Church in Syria has made this powerful statement on the crisis there, where daily violence continues to have a deadly toll and more people are crossing the borders to neighbouring countries.

The statement is in French. It’s calling for an end to the violence and especially all forms of intimidation such as kidnappings and assassinations. It supports the humanitarian mission of UN Envoy Kofi Annan and especially the need to demilitarise the streets.

The Syrican church says in the statement (my translation), “The violence has gone beyond the limit and we can only forcefully urge wise minds to come to their senses and abondon all that is destroying the people and the country.”

The Syrian church is saying it stands in solidarity with all Syrians as they seek a dignified life. It supports the reform process, the need for a democratic and pluralistic society and the urgent need to start negotiations and bring an end to the cycle of violence through dialogue.

Meanwhile, the work of Caritas continues in Syria and with refugees in neighbouring countries. In Lebanon, the mobile clinic of Caritas Lebanon, with a full time certified nurse and occasionally a doctor on board, is touring the different places in the Bekaa on a daily basis making 15-minute stops to give access to basic patient care and medicines to those in need.

In Jordan, Caritas has been issuing vouchers helping Syrian refugees to receive infant formula and nappies from a Caritas affiliated pharmacy in Mafraq. So far, 30 needy Syrian families have benefited from this assistance. This comes as part of a plan that seeks to deliver this assistance to 200 infants for six months.

More refugees continue to come across the border, with their heartbreaking stories. Children in particular have been affected. According to the Center for Documentation of Violations in Syria, 1,089 children – boys and girls alike – have been killed so far, and 464 wounded.

But sadly funding to help them is not coming in despite the real needs of people who have witnessed terrible suffering.

Here’s the Syrian Church statement.
Final Report of the Assembly of the Catholic Hierarchy in Syria

The Fathers reviewed the situation in Syria in the light of current painful events. They discussed pastoral problems relating to the life and social mission of the Church in the harsh conditions experienced by some regions of the country. They issued the following report:

1-We stand shoulder to shoulder with our Syrian people, in seeking a dignified life, national unity, solidarity among all the various social, religious and national constituent groups; in pursuing the widespread, effective reform process that has to be undertaken on the ground, in political, social and cultural spheres and service, through co-ordinating the efforts of all Syrians – government, parties, constructive opposition, specialists – in the framework of national unity and active participation in national dialogue (absolutely indispensable for any reform and without which it would remain but a vain hope), recognizing that this is the best way to escape the cycle of violence and repression. The State has called for dialogue and we invite all national parties at home and abroad to build a new multi-party democratic Syria. We also encourage everyone to participate fully in free and fair elections for the National Assembly on 7 May next, to express the popular will.

2-The Lord God himself began the dialogue with humanity through divine revelation in sacred scripture, calling them to share in life. Jesus Christ came on this earth “that they (men and women) might have life, and might have it more abundantly.” Therefore the Church is likewise calling for reconciliation and dialogue between the State and all elements in the country, and for rebuilding trust, openness to others and respect for differing political, religious and intellectual affiliations and opinions.

3-Violence has gone beyond all limits. We can only appeal strongly and emphatically to all people of conscience to return to their senses and abjure anything destructive of human and national life. We strongly condemn all kinds of violence from whatever quarter. We call for peaceful civilians not to be embroiled in political strife, for people not to be intimidated and terrorised by kidnapping, massacre, extortion and home demolition, seizure of property and imposition of authority by force and oppression. We support the mission of UN envoy Kofi Annan, especially in its humanitarian aspect concerning withdrawal of heavy weapons from inhabited areas. We advocate speeding up the return of refugees and displaced persons to their homes and compensating victims; re-establishing the rule of law and employing every effort to resolve the crisis; undertaking practical governmental reforms and fighting corruption, so as to ensure participation and equality of rights and duties for all citizens.

4-We stand in solidarity with the pain and suffering of all citizens, whether civilian or military, affected by the events and the painful cycle of violence in different parts of the country for the past thirteen months. It is natural for us to have in mind especially our Christian faithful, who have been obliged to leave their homes and towns or villages. Sometimes they have been used as human shields and their districts as battlefields. We stand by them in their plight and assure them that we shall do our best to extend a helping hand to them, especially through Caritas Syria and all our institutions, to try to meet their material, pastoral, health and social needs. In fact the Churches have already begun their relief programmes. We want to thank most especially the Holy Father, Benedict XVI for his fatherly gesture in contributing through Cor Unum to the victims of the bloody events in our country. We also thank local individuals and institutions who have been supporting this humanitarian service of the Church.

5-We call for transparency of information at local level, just as we require international media to be objective and faithful in reporting events and not distort the facts. We also appeal to the international and Arab community to support the efforts expended for the peace process in Syria and the region as a whole.

Finally we address our beloved fellow-citizens in Syria and especially our Christian faithful, urging them to solidarity, mutual assistance and spiritual strength, to come through the crisis, upheld by feelings of hope and trust in our people’s potential to find suitable solutions for building a renewed Syria, by turning to love and brotherhood and making the discourse of reason heard above the clash and rattle of arms. We wish them, in the joy of the celebration of the Resurrection of our Lord Jesus Christ, to be strengthened by resurrection in their hearts and for them to be witnesses of this Resurrection.

Assembly of the Catholic Hierarchy in Syria, 25 April 2012