Advent appeal: the Holy Family and our family

They escaped a massacre that threatened the life of their small son. They made the long journey from their home to a place that was safe, but still a place of exile, far from everything they understood.

Like Syrian and Iraqi refugees today — like people fleeing conflict in South Sudan and the Democratic Republic of Congo — the first thing the Holy Family needed was food. During their difficult trek and in their uncertain life away from home, someone reached out to them. Someone helped them find their daily bread. 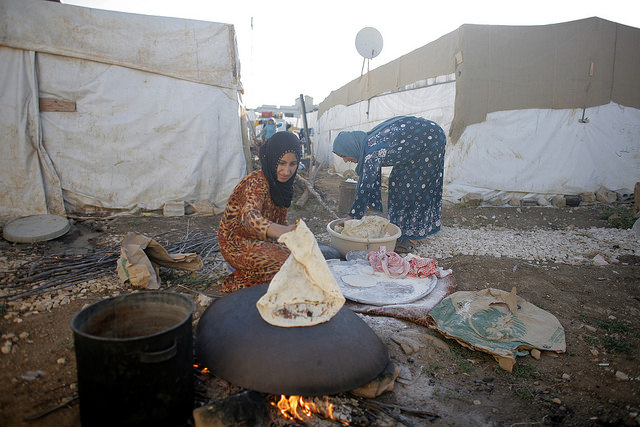 Two women cook at a Syrian refugees camp on June 18, 2014 in the Lebanese village of Zahle in the Bekaa valley. Photo by Matthieu Alexandre for Caritas Internationalis

Refugees today live in a confusing swirl of exile — every day they must face new customs, new languages, new difficulties. For many, earning a living was hard enough at home. In a strange new place with no connections, they struggle to find work. Somehow they must find a way to feed their children.

Caritas reaches out to families who have lost everything–homes, livelihoods, possessions. Throughout the world, Caritas distributes food after emergencies, and then works with people to help them help themselves.

In Lebanon recently, Caritas staffers brought food to a refugee camp near the border with war-torn Syria. Many Syrian refugees eventually make their way to cities like Beirut. Recently a Caritas programme there helped refugee women develop a mini-business to prepare and sell their traditional cuisine. 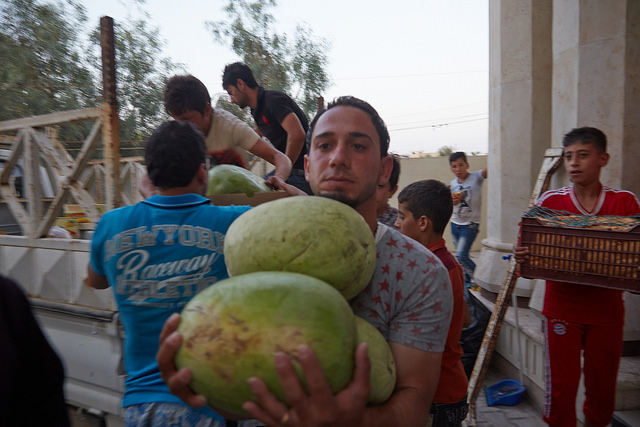 Of course, Caritas also helps families who have not been forced to flee their homes, but nevertheless face daily, grinding poverty and hunger. So in Beirut, Lebanese women are also part of the food-service programme.

Making sure parents can feed their children is a key goal for Caritas’ “One Human Family, Food for All” campaign. Launched by Pope Francis in December 2013, this 18-month campaign is a time for Caritas staff and supporters worldwide to focus on what works to stop hunger, and how we can reach out to more hungry families in need—like the Holy Family.

Over the past year, it’s been heartwarming to see the dedication and creativity of Caritas staff who are fighting hunger. Special campaign programmes have included seed projects in Brazil, agricultural training in Thailand, meals for street children in East Africa, food bank work in Europe, and much more. 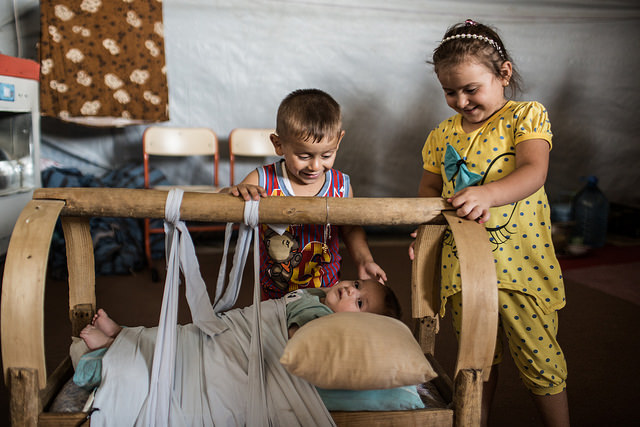 Children of an extended Christian family from the city of Bartyla, Iraq look out for a newborn in a construction site where they currently live, Ainkawa, Erbil, Iraq, Aug. 26, 2014. Photo by Daniel Etter for Catholic Relief Services

The Holy Family is our family. Just as you would have reached out to that frightened family 2000 years ago, so you are reaching out to families today through your support for Caritas.