Mother Teresa will be canonized on 4 September in Rome. Caritas India reflects on her compassionate and loving service to humanity.

“She sought not to convert, but to make the lives of the people better”, says Most Rev. Theodore Mascarenhas, Secretary General of Catholic Bishops’ Conference of India. Mother Teresa merged the Gospel values with Indian values while rendering service to the destitute and poorest of the poor in India. 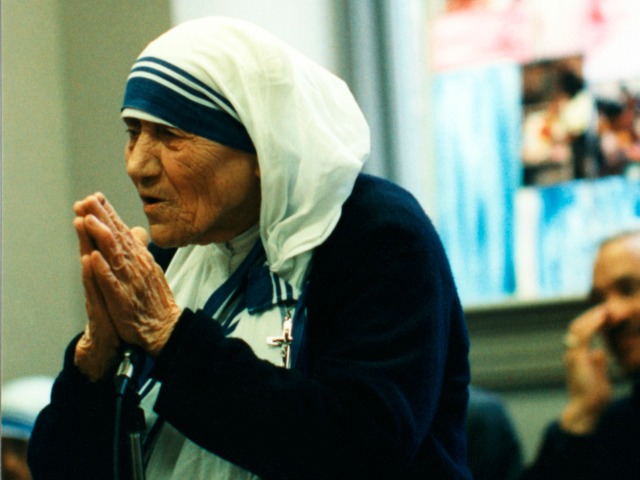 The process of beatification and canonization is rigorous one. While the process is initiated at the local diocesan level by the bishop, persons are declared saints by the pope, only after a thorough examination of the person’s background, life, works, by the special commissions established to examine facts scientifically and from the theological perspective. And it is not the pope who bestow sainthood, but God alone, while the pope facilitates the process of behalf of the Church and people.

Mother Teresa was declared the ‘Servant of God’ in 2003, and following two miracles of healing and gift of child, in India and Brazil, respectively, associated with her intercessory powers, she was declared for universal veneration of person by the pope.

“I got to know Mother Teresa in 1975, and while this canonization had to come someday, people of India had already declared her a saint in her lifetime. Her sense of humor and cheerfulness was never captured in the very many books written on her, which she used to lighten the seriousness of the work she was spearheading, that of attending to the poorest and neglected on the streets of Kolkata. She would say, ‘You cannot go to the poor with a long face,'” says Mr. Navin Chawla, former Chief Election Commissioner of India, who wrote the authorized biography on Mother Teresa in 1960.

While her critics question why she never used the resources she received to set up a hospital, she was clear that her home was for the most poor and those on the street sides, and not for the elite. Having a hospital would have ended up in turning into a business and leaving out such sections of people who fell on the wayside.

“Mother Teresa will continue to inspire us in this work of taking Jesus’ love and compassion to the people.”

She never confided herself to institutions, and moved out to the margins, beyond boundaries of caste, creed, colour and religion. She continues to inspire Caritas India and the Church, in their endeavour to reach out to the neediest and marginalised people with love and compassion.

Caritas India is trying to demonstrate such model set by Mother and other saints by way of providing food, clothing, shelter and comfort to 6 million people in distress on various accounts including emergencies.

“Caritas provides support to the displaced, livelihood and nutritional security to the dalits, tribals, people with disabilities, and migrants etc, with the vision of Leave No One Behind, as the development agenda for itself,” said Fr. Paul Moonjely of Caritas India.

“Mother Teresa will continue to inspire us in this work of taking Jesus’ love and compassion to the people,” he said.