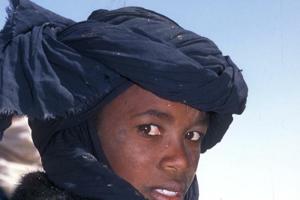 “Starvation in Niger: Strong action is needed to mitigate the impact of climate change.”
Credits: Caritas

The G8 leaders’ approach to climate change is half-hearted, says Caritas England and Wales (CAFOD) and Caritas Scotland (SCIAF), with no solutions for action being proposed.

Although the G8 recognises the problem of climate change and its causes, world leaders have been less than specific about their response, promising only “strong and early action”.

George Gelber, head of public policy at CAFOD, says: “Chancellor Merkel has brought the United States into the international consensus on climate change but has bought inclusiveness at the expense of the clear goal of keeping global temperature increase below the crucial 2°C limit.

“It’s a lowest common denominator approach. Climate change is a slow-motion tsunami for millions of poor people round the world.”

Seventy percent of the population of the sub-Saharan region live in rural areas, their livelihoods depending wholly or partly on rain-fed agriculture. Millions of them will be the environmental refugees of tomorrow if climate change is not checked.

Abi Dymond, SCIAF policy analyst, says: “The richest nations should be leading by example because they can afford to and because they owe their wealth to their profligate use of fossil fuels over the past two centuries.

“They owe this to developing countries which are least responsible for global warming and will experience its worst consequences.”

The G8 has established its collective direction of travel on climate change, and this is positive, but the speed of travel is also crucial.

We need to see the promise of “strong and early action” translated into the clear targets that the G8 countries must take into the forthcoming United Nations negotiations on climate change.

The international scientific consensus is that if the damaging effects of climate change are to be kept to a minimum, it is essential that the temperature increase must be kept below 2°C.