Zimbabwe: No country for old men 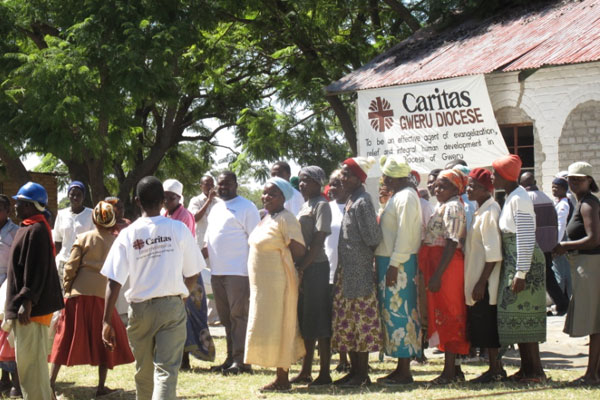 After a failing harvest due to lack of rains, people in Zimbabwe are in desperate need of short term support for food.
Credits: Cibambo/Caritas

Until recently, wheelbarrows in Zimbabwe were used to ferry about huge amounts of cash to buy basic food stuffs. The economy was crumbling and hyperinflation meant that even though people were suddenly millionaires, all they could afford was a loaf of bread.

Then, as a cholera epidemic swept the country they were used to carry the frail and the dying to hospital. But as drought cracks the earth and leaves grain stores empty, one thing wheelbarrows aren’t being used for is farming.

“We are hunger stricken. We have nothing to eat,” says Privilege Makerele, a village group representative in rural Zimbabwe.

April is traditionally harvest time in Zimbabwe. But this year, lack of rain has meant that food production will be below national requirements.

“I’ve just returned from Zimbabwe. Corn fields were bare and medical centres were empty,” says Fr Pierre Cibambo, Africa Liaison Officer for Caritas Internationalis. “Vulnerable people such as children, the elderly, the sick and single mothers often can’t produce food nor do they have the financial means to buy it. The lack of food puts them at great risk of malnutrition and illness.”

This is where the help of organisations such as Caritas is vital. Caritas Zimbabwe launched an emergency appeal for US$7.6 million in January 2009. The appeal has so far only received a third of its funding.

“People think that now there’s a Unity Government and the US dollar has been introduced that Zimbabwe’s problems are solved. But the devastating mixture of political upheavals, AIDS and climate change have created a humanitarian catastrophe,” says Fr Cibambo.

Fr Cibambo says that the international community is no longer paying attention to Zimbabwe. He says the country is in desperate need of short term support for food, but also longer-term support to ensure that the population has more reliable food supplies.

“Zimbabwe has the highest number of orphans per capita of any country in the world. Who are they going to turn to as the food and money runs out?” asks Fr Cibambo. “It is a country where a lack of nourishing food and adequate healthcare means that most people don’t live beyond the age of 40.”

As attention on the plight of Zimbabweans dwindles and even the rains desert their troubled land, they can only hope that their wheelbarrows will again be full of food one day soon. Or maybe the people of Zimbabwe can dream that donors will stump up the wheelbarrows full of cash necessary to help stop their suffering.

click here for a selection of photos from Zimbabwe. More are available on request.