The UN says 108 people have been killed in the Syrian town of Houla. Nearly half of them were children. Witnesses and survivors told the UN that most of the victims died as a result of summary executions.

The Pope has expressed great pain as a result of the massacre. On Tuesday, Fr Federico Lombardi, the Director of the Holy See Press Office, issued the following statement on the tragedy in Houla, Syria.

It said, “The recent massacre in Houla, where more than one hundred people, including many children, lost their lives, has distressed and worried the Holy Father and the entire Catholic community, as well as the international community, who have unanimously condemned the incident.

“In renewing its call for the cessation of all forms of violence, the Holy See urges the parties concerned and the international community to spare no effort to resolve the crisis through dialogue and reconciliation. The leaders and believers of different religions, too, though prayer and mutual collaboration, are called to make great efforts to promote the longed-for peace, for the good of the whole population.”

Meanwhile the work of Caritas in Syria and with Syrian refugees beyond its borders continues.

The number of displaced Syrians in Jordan is now over 120,000 and more refugees are coming forward for humanitarian assistance. Hundreds of illegal arrivals are crossing the borders each day.

Those refugees are crossing the borders with bags on their backs and six to seven children with some families. They have nothing with them but the clothes they are wearing and a few items.

Jordan frequently receives a number of injured Syrians who are crossing the borders seeking safety and medical services. Those are mostly admitted to Mafraq or Ramtha public hospitals where they get a medical treatment.

Caritas has distributed school bags to Syrian students who are enrolled in Mafraq public schools. Around 250 Syrian students have benefited from this assistance. Some social activities like face painting and dances are carried out by Caritas during the distribution of school kits to Syrian children. 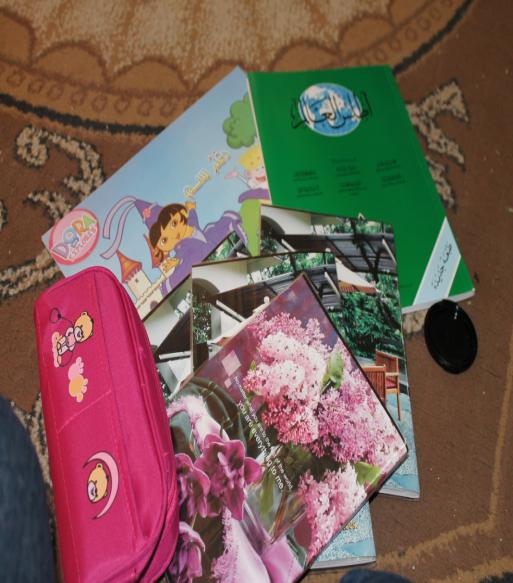 Helping Syrian refugee children regain a sense of normal life is key to the Caritas response. Here is one of the school packs.

In cooperation with Caritas Germany, there are plans to distribute food and non-food items to 300 families in Ramtha as of beginning of June.

There will be more distribution of hygienic kits and blankets to around 600 people. Meanwhile, registration of Syrians in Caritas premises has reached more than 1900 families comprising 6000-7000 individuals. Caritas office is receiving 20-25 individuals on a daily basis.

Caritas social workers are paying home visits to some Syrian families in Mafraq to conduct needs assessment studies. Those visits are taking place regularly with Syrians who need further interventions like medical cases or injured individuals.