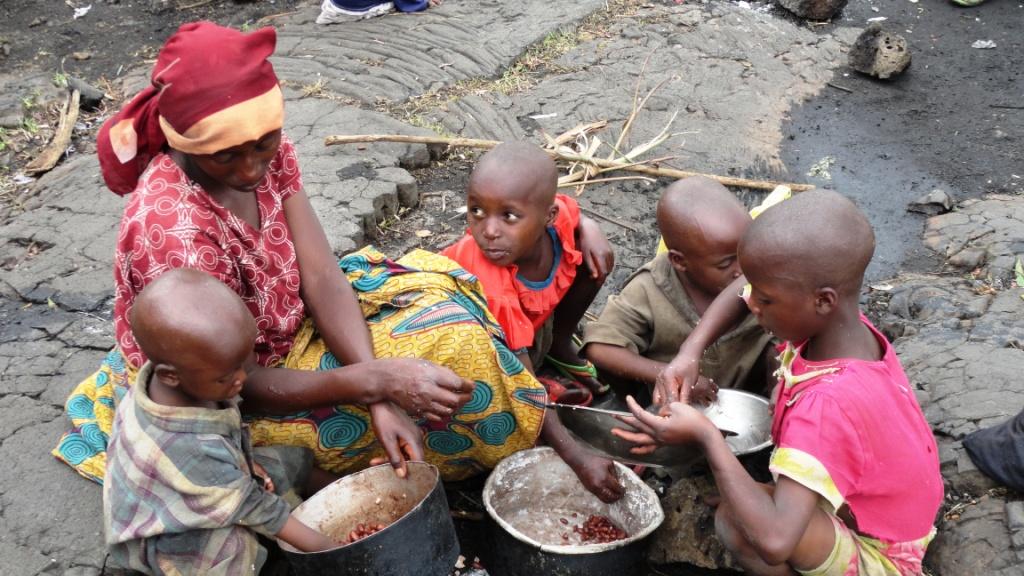 Delphine escaped with her four children from Mushaki to a relief camp in Gomaas renewed violences sweeps though eastern Congo. Photo by Taylor Kakala/Caritas Goma

“They come haggard, exhausted and desperate,” said Taylor Kakala, communications officer for Caritas Goma. “These men, women and children fled in panic, leaving with nothing.”

They’re coming from the Masisi region in North Kivu, a troubled part of eastern Democratic Republic of Congo to the safer towns of Sake and Goma. They’ve fled under machine gun fire, forced to run as rockets and mortars fell on their homes.

“We were caught between automatic gunfire and heavy weapons of the government and the rebel fighters. We had to stay low to the ground in order to reach safety,” said Delphine, who escaped with her four children from Mushaki. They walked for 10 days and 40 km to reach Goma.

Jerome is a community leader in the Mugunga relief camp. He said they had to take flight without warning. “The fighting began suddenly,” he said. “People were working in the fields. Children were at school. Some were at home.” He says the journey on the Sake road was perilous. Two children were killed in a traffic accident. Three women gave birth during the exodus. One gave birth to still-born twins.

Civilians are the victims of renewed fighting between the government troops and rebels that began late April.

Fighters belonging to a ex-rebel group, the CNDP, had joined the government army as part of a peace deal in 2009. But they are now defecting to rejoin their former commander Bosco Ntaganda. Clashes erupted after Congolese President Joseph Kabila announced last month he would try to arrest Ntaganda, who is wanted by the International Criminal Court for recruiting child soldiers. Other rebel groups include the FDLR and the Mai-Mai. 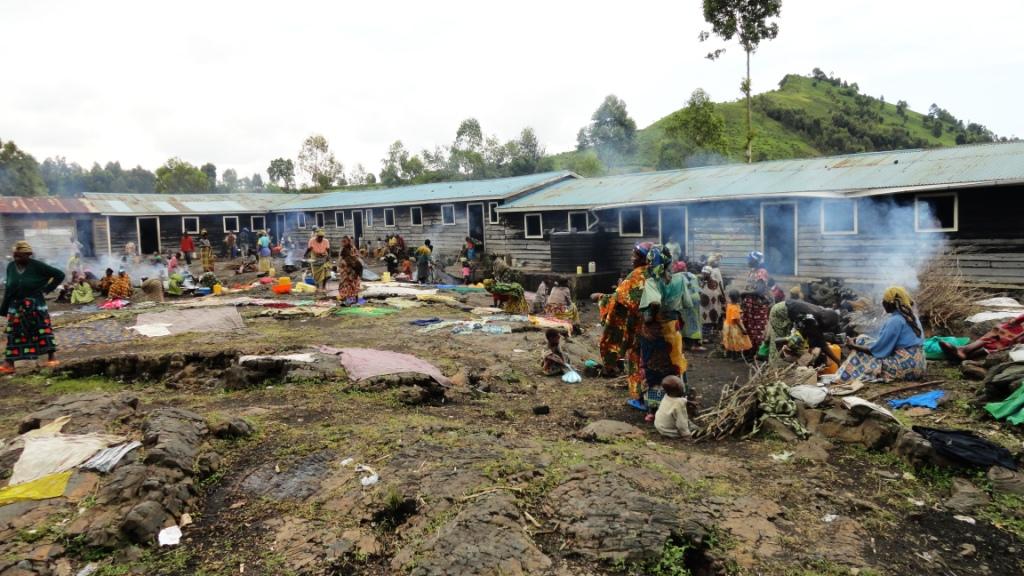 This school has been converted into a temporary camp as Congolese seek saftey from attacks between government and armed insurgents. Photo by Taylor Kakala/Caritas Goma

Jerome and Delphine are part of what’s being called ‘the new wave of displaced families’. There are nearly 5000 families registered in the southern part of North Kivu, 2000 in shelters between Sake and Masisi, 600 in shelters in Busumba, 500 in Kitshanga, 350 in Central Masisi, close to 2000 in Goma and 1000 just over the border in Rwanda.

They need food and other aid items like blankets and shelter. They need their livelihoods. But those newly forced from their homes put even more pressure on communities already looking after Congo’s sizable displaced population. The UN says that Congo already has a displaced population of two million people, mostly in the east.

Caritas Goma is the local diocesan Caritas in the area and is part of Caritas Congo. It distributes much of the necessary food to the people who have fled the fighting. The food is given to Caritas by the UN’s World Food Programme. But Caritas says more needs to be done and is urging for greater support.

“We fear that the number of people forced from their villages is increasing as the fighting continues between different armed groups, insurgents and the government army,” said the Head of Emergencies at Caritas Goma Eddy Yamweziyo.

“We want a contingency stock to be able to provide immediate assistance to over 2,000 families. These people have nothing, they are exhausted, traumatised and rely on Caritas to find the help they desperately need,” he said.

For Delphine, to be caught in the middle of war is nothing new. She has lived through the conflicts that have ravaged eastern Congo off and on for the 15 years and must now do so again as she finds herself and her family living back under tarpaulin in a makeshift shelter.

“You know what I l dislike most about being in the relief camp,” she said. “It’s the lack of privacy. It’s reliving the same awful sanitary and hygiene conditions we experienced during the war. It’s having nothing to do all day.”