Photographer Matthieu Alexandre visited the Caritas-supported Catholic Mission compound in Central Africa Republic in November 2013. At the time, it was the last refuge for tens of thousands of people fleeing violence. Caritas was providing food, cooking equipment, blankets and medical aid. The photographer made a return to Central African Republic this month and to Bossangoa. He caught up with some of the families he’d first met last time.

Matthieu says: I met Sandrine Weibona last November with her father, Seraphine, in their tent in the Catholic Mission in Bossangoa. She was one of the 41,000 people sheltering in the compound from Seleka militia men outside. I ran into her again this March outside the cathedral and was able to show her some of the photos I’d taken. 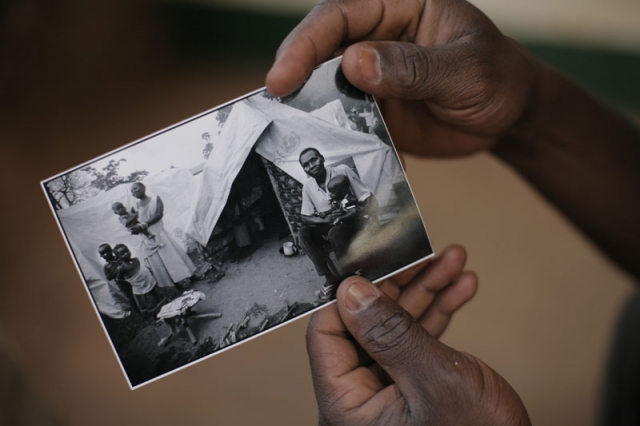 The Seleka militias left in February. The 16 year old Sandrine moved back home 3 days ago after she spent 6 month in the Catholic mission. She’s gone back to the house of her late husband, Bertrand Kossi. He was shot dead by Seleka in March 2013. They heard the cars approach and he’d fled into the fields. He was shot in the back a 100 metres from their home. He was 26 years old. 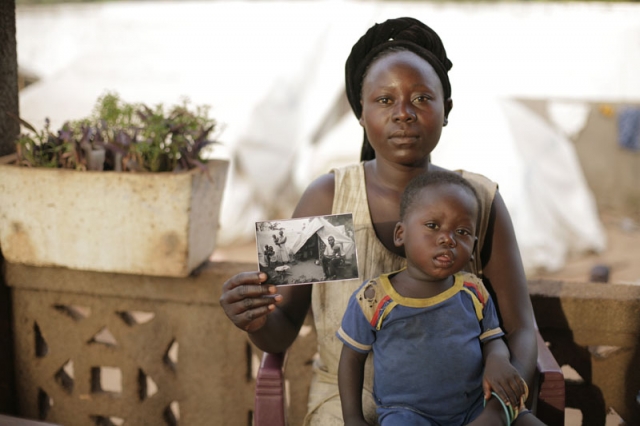 Her father, 56 year old Seraphine, had his house burned down. He doesn’t want to move from his tent. Sandrine pays him a visit every day at the camp. 25,000 people are still sheltering at the camp. 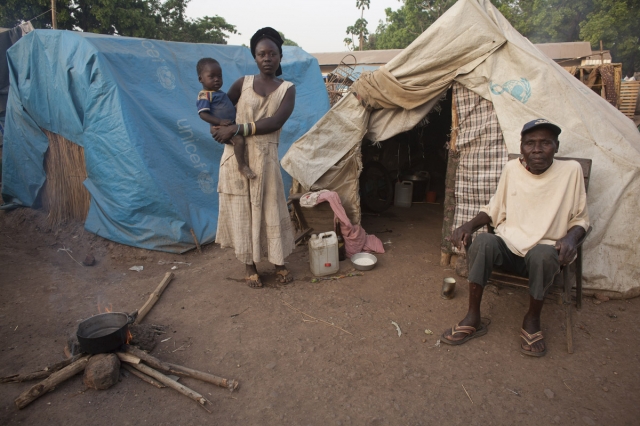 When I was showing my photos taken in November to the people who remain in the Catholic Mission, somebody recognized the woman who had been living in the tent next to them. It was Martine Simayasi. 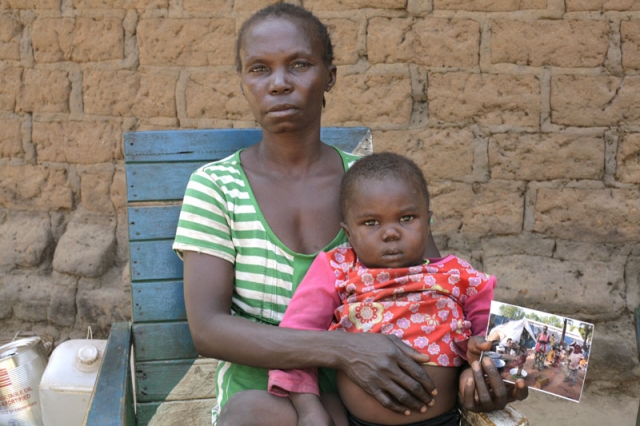 They took me to Martine’s house. It was a strange sensation to walk freely in Bossangoa. In November, nobody was able to travel further than 500 metres from the cathedral without the risk of being killed by the armed men surrounding the camp. We walked 15 minutes down a sandy track toward the Ouham river. This road was once nicknamed the “Road of Death”. Aid workers would drive down it with white flags so as not to be shot. Now women walk along it, carrying goods on their heads. 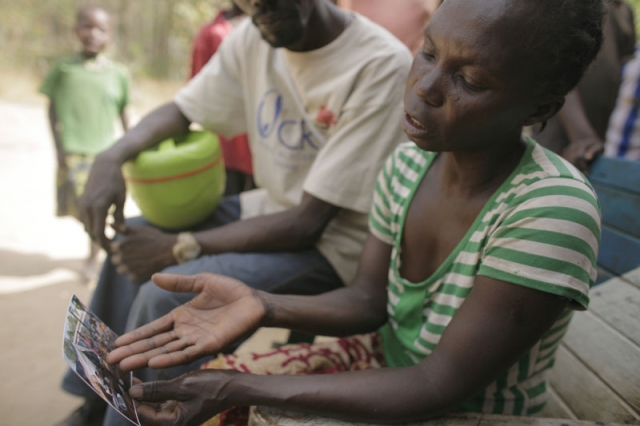 We reach Martine’s red bricks house. Martine, mother of 5, moved back to her house 5 February, after she spent 5 months in the camp next to the cathedral. Her house has been looted but not burned down.

She lives with her husband, three children and a grandchild. She cooks with the kitchen kits that had been distributed to her in the camp last September. Martine is glad there was no casualties in her family, she hopes the peace will last. 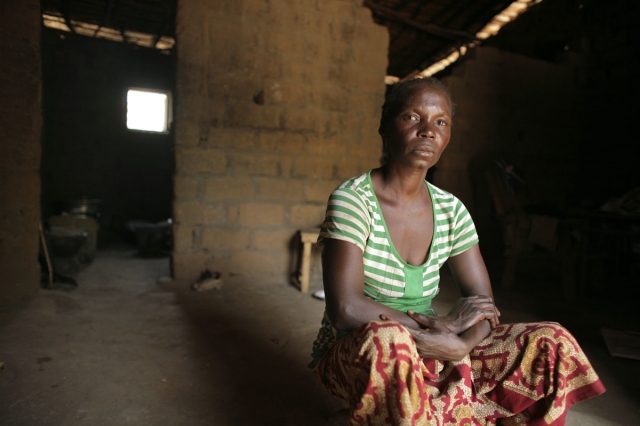 Caritas is now helping the people of Bossangoa rebuild their lives, through the local Caritas and international members CRS and Secours Catholique. All photos copyright Matthieu Alexandre for Caritas Internationalis