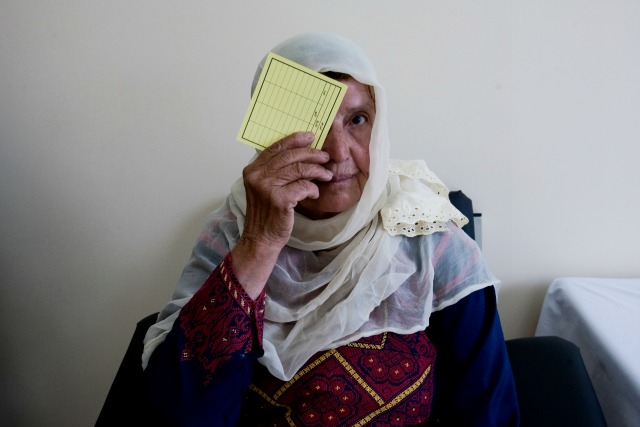 Caritas Jerusalem is increasingly concerned about the escalating violence in the West Bank between Israeli settlers and Palestinians. Incidents have been reported in over 50 locations in recent weeks, from stone throwing, arson, use of fire arms and clashes in contact points in Nablus, Ramallah, Bethlehem, Jaffa and Nazareth.

Archbishop Fouad Twal, the Latin Patriarch of Jerusalem, has condemned the recent wave of violence which he says can only lead to more bloodshed.

“We cannot tolerate that hatred and bloodshed act as force of law on this Land with three holy religions,” he said in a statement calling for an end to the cycle of violence.

“The seriousness of the situation calls for all parties involved, Israeli and Palestinians, to show evidence of courage and to go back to the table of negotiations, which should run on solid and fair grounds, according to parameters of resolutions prescribed by UN,” said the patriarch.

Every year Caritas Jerusalem social service programmes benefit over 30,000 individuals in the Occupied Palestinian Territories. Caritas Jerusalem has been trying to continue its work. Caritas staff say that it has become even more difficult to move from East Jerusalem to the West Bank and the Gaza strip is closed even to those who have permits.

Fr. Raed Abusahlia, General Director of Caritas Jerusalem, said that neither Israelis and Palestinians want to escalate the situation but are hostage to the tensions caused by the daily clashes, the expansion of the settlements, confiscation of land and an end to the peace process and failure if the two state solution to be implemented.