On July 5 and 6, the Vatican will host a major international conference on protection of the environment. The occasion of the conference is the third anniversary of Laudato Si’, Pope Francis’ landmark encyclical on care of the Earth, our common home.

The conference will discuss the moral imperative for protecting the environment and events this fall that may deliver progress in achieving it.  Participants will develop orientations on how to protect our planet including at forthcoming international events, such as the UN climate change conference COP24, and non-state events, such as the Global Climate Action Summit. Contributions by regions with heavily Catholic populations, such as Latin America, Australia, Poland, the Philippines, and the U.S. states of Florida, Ohio, and Pennsylvania will be crucial to the success of these events. 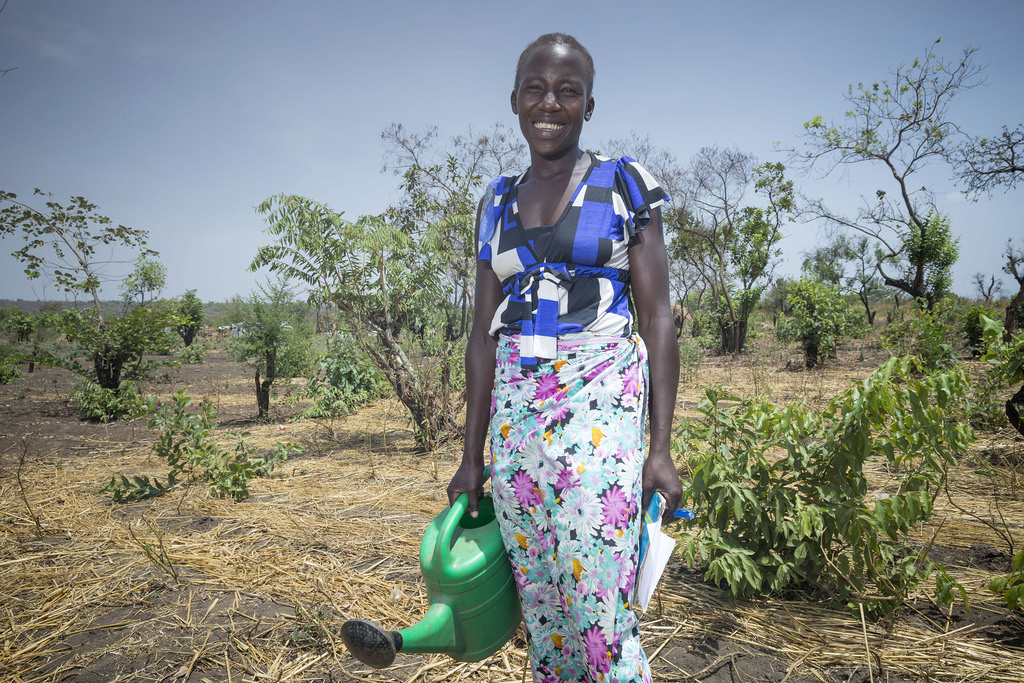 Rebecca Moria is part of the livelihood program of Caritas Arua, Cordaid’s local partner organization. Her community has been given seeds and farming equipment to start growing crops. Photo by Petterik Wiggers/Hollandse Hoogte

This conference will provide a venue for Church leaders, political leaders, and grassroots organizers to more clearly formulate how to achieve that progress. Outcomes are expected to include a statement from Pope Francis and statements of support for increased global ambition on emissions, clean energy, and climate justice from unusually diverse perspectives.

A broad range of allies–including politicians, indigenous leaders, youth activists, and economists–are uniting under the Catholic Church’s vision of action to protect the Earth. From the Church itself, cardinals and other representatives from communities around the world, including educators, leaders of spiritual movements, and men and women religious will be present. Together, these allies share hope of justice for all who share our common home.

For outreach to journalists in regions and for focus outlets (e.g., conservative, business, youth) please choose one of the following:

The conference program, including the full list of speakers, is available here.  Speakers include:

A statement about the conference from the Vatican is available here.

Michel Roy, Secretary General of Caritas Internationalis, “As Pope Francis says in his encyclical, the climate crisis is not only an environmental issue, but also a human and ethical one. Environmental degradation is accompanied by poverty, loss of livelihoods and the perspective of a better future. We have a responsibility towards the next generations. It is urgent to change our over consumption and commit to the care of our common home.”

Josianne Gauthier, Secretary General of CIDSE, said, “CIDSE is honored to be a partner of this conference on such an important and timely issue. For three years, Laudato Si’ has been an incredible source of strength and inspiration in our work. What we want to see now is real political commitment to climate justice and an active response to Pope Francis’ call to respect our common home. CIDSE is working with people around the world, to fight for a safe climate in which they can live and thrive, and where global warming is limited to 1.5 °C. Guided by their courage, we’re asking world leaders to make serious commitments this year. Another, and a better world is possible, but only if we start putting  people and the planet first!”

Tomás Insua, Executive Director of Global Catholic Climate Movement, said “Around the globe, people look to the Church for leadership. The Vatican, and actually Catholics from all around the world, are saying clearly: climate change is a faith issue. If we work together, we can protect the most vulnerable from climate change and provide a just transition to clean energy for hard-working miners and oil workers. There is not a moment to lose. The climate crisis is with us, and we must take up the solutions within our grasp–right now.”