Week of Prayer for Christian Unity 2020

Caritas invites communities and member organisations to pray, listen and reflect together as part of the Week of Prayer for Christian Unity 2020. The week runs from 18th to 25th January.

The theme for the week of prayer is “They showed us unusual kindness” (Acts 28:2). It is based on the biblical passage describing the shipwreck of Saint Paul in Malta (Acts 27:18–28,10) and promotes reflection on Saint Paul’s journey of faith and also on the ecumenical virtue of hospitality.

If you would like to be part of the global prayerful reflection on how Christians can unite their energies, especially to help migrant and refugees, take a look at this document which contains the biblical text at the heart of the theme, liturgy, a specially chosen hymn and prayers for each day of the week of prayer. This special week is promoted by the Vatican’s Pontifical Council for Christian Unity.

The longer version of the interview can be found here. 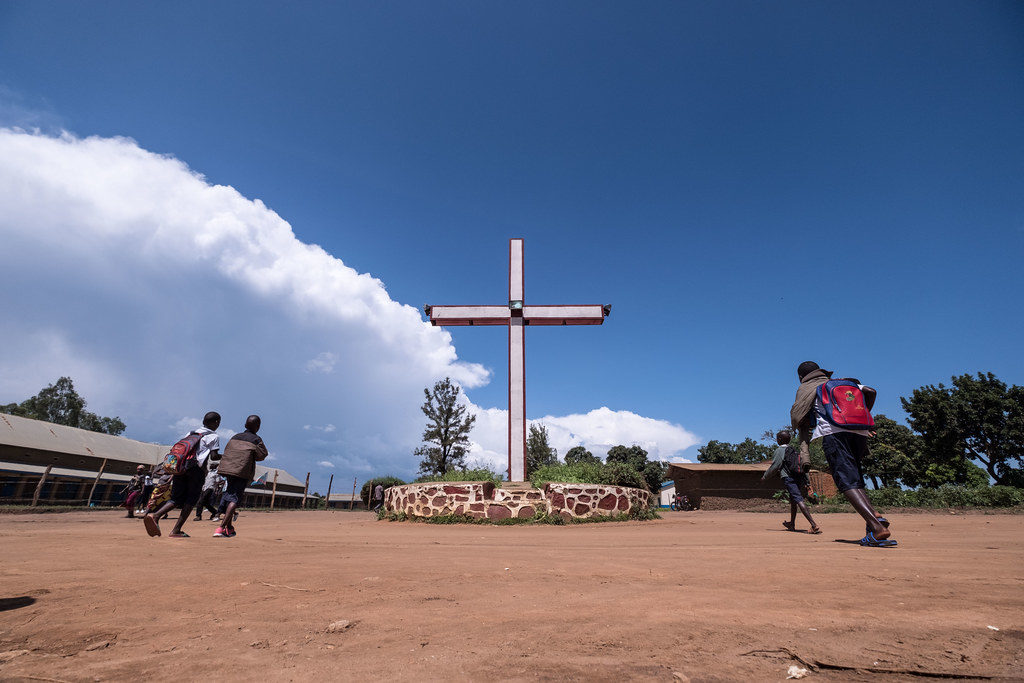 Children on their way to school in Bunia, DRC. Photo by Tommy Trenchard/Caritas

The Week of Prayer for Christian Unity is an ecumenical initiative celebrated all over the world by the major Christian denominations. What is its significance for Caritas?

In his speech to the World Council of Churches in Geneva, Pope Francis reflected on ecumenism by focusing on three key words: walking, praying and working together. The Pope teaches that, while Christians are still divided on many theological and ecclesiological issues, they are somehow already united in the “ecumenism of blood” and “ecumenism of charity”. For decades, Caritas has been striving to put into practice the “ecumenism of charity” with other Christian institutions, both at the local and global level. The Week of Prayer for Christian Unity can be a moment for us to pause and thank God, together with our Christian brothers and sisters, for the feeling of unity we experience when we join hands, while asking God to grant us again the perfect unity of the first Christian community, described in the Acts of the Apostles.

What does the ongoing cooperation between Caritas and other Christian organisations consist of? Who are its main ecumenical partners?

Caritas Internationalis welcomed representatives from the Lutheran World Federation (LWF), the World Council of Churches (WCC), ACT Alliance, the Anglican Alliance, the International Orthodox Christian Charities and organisations from other faiths to its 2019 general assembly in Rome. Maria Immonen from LWF was a key note speaker. These are Caritas’ main partners at the global level. LWF is of particular importance since we signed a global declaration of intent with them at the end of 2016 as part of the commemoration of the 500th anniversary of the Reformation.

With these and many other Christian institutions Caritas works to uphold human dignity and promote integral human development at the global and local level through advocacy, humanitarian responses and development initiatives. The ACT Alliance–Caritas Internationalis joint program for Darfur, which has been running since 2004, has helped hundreds of thousands of people who live in one of the most difficult environments on earth. Caritas has had joint projects with LWF in Colombia and Nepal and in Syria where they are currently helping us support the crisis-affected people in Aleppo.

Caritas and most of the partners mentioned above have also been very active in joint advocacy initiatives to advance the UN Global Compacts on refugees and migrants. To this, one should add the countless ecumenical initiatives in favour of the needy that see the participation of diocesan and parish Caritas throughout the world.

What is the difference between this “ecumenism of charity” and the cooperation that Caritas has with other faith-based or secular organisations and institutions?

As part of the Catholic Church, in the spirit of the Second Vatican Council, Caritas seeks dialogue and cooperation with other Christians, believers of other faiths as well as nonbelievers. Vatican II’s decree on ecumenism, Unitatis Redintegratio, calls Christians to work together and pave the way to Christian unity. This means that when we cooperate with other Christians to express Christ’s charity towards the poor and the most vulnerable, we are also carrying out a service for broader ecumenical dialogue and the embodiment of Jesus’ prayer “so that they may all be one” (John 17:21).

What are the main challenges taken on by Caritas and its ecumenical partners in today’s world?

I think Caritas and other ecumenical partners agree that the most urgent issues are the care for our Common Home and the growing inequalities, conflicts and global migration related to ecological issues. Regarding the care for creation and climate change, the pronouncements of Ecumenical Patriarch Bartholomew I and Pope Francis’ encyclical Laudato Si’ are certainly regarded as references by most. As a Catholic network, Caritas has an important role to play.

This year’s theme for the Week of Prayer is “They showed us unusual kindness” (Acts 28:2). How does this message resonate with Caritas?

“They showed us unusual kindness” refers to the treatment that St. Paul and his companions received from the people of Malta when they were shipwrecked, on their way from Caesarea to Rome. How can we not think of the thousands of people who risk their lives today trying to cross the Mediterranean from south to north? In today’s world, while migrants and refugees are increasingly victimised by xenophobia, it is reassuring to see the ample unity among Christian Churches and institutions – including Caritas – in showing kindness and humanity to them. While addressing WCC, Pope Francis said, “We cannot look the other way. It is problematic when Christians appear indifferent towards those in need. Even more troubling is the conviction on the part of some, who consider their own blessings clear signs of God’s predilection rather than a summons to responsible service of the human family.” Against the culture of indifference and the walls of inequalities, every day the people of Caritas join hands with their Christian brothers and sisters to defend humanity, with love and kindness.