Preserve the dignity of migrants by ensuring access to basic services

Caritas considers access to social services as crucial to protect people from exploitation and abuse, illness, and xenophobia.

Caritas will urge States to provide basic social services to migrants at the Global Forum on Migration and Development in Ecuador this week.

A delegation composed of representatives of Caritas Brazil, Ecuador and a member of the COATNET network (US conference of catholic bishops – USCCB), will participate in the next Global Forum on Migration and Development in Quito, Ecuador from 20-24 January 2020. The Caritas’ delegation will be led by Olga Zhyvytsya, Advocacy Officer at Caritas Internationalis.

The task of the Caritas delegation will be to plead the cause of thousands of migrants regarding their access to basic social services and to participate in discussions on the fight against human trafficking of migrants. 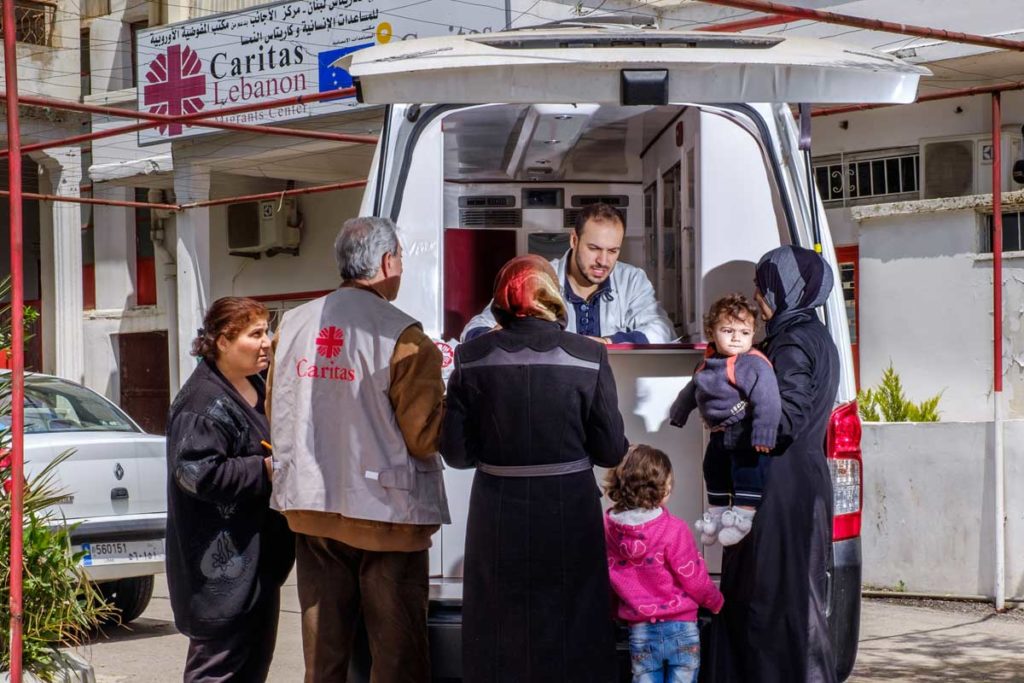 Caritas responds to the challenges posed by the current migratory phenomenon with initiatives that decline the principles of the social teaching of the Church based on respect for and on protection of the dignity of the human person and his rights-duties. This action can be summarised by these four verbs “to welcome, protect, promote and integrate” (Cf. Message of Pope Francis for the 104th World Day of Migrants and Refugees 2018).

In various parts of the globe, Caritas witnesses the discrimination regarding access to basic social services. While the Global Compact on Migration states on several occasions that the human rights of migrants need to be protected independently of their legal status, Caritas witnesses that on the ground the issue of providing services to all and everyone is hotly debated.

Often those services are self-financed, delivered by volunteers of the Civil Society (CS) and of Faith Based Organisation (FBOs), and not recognized by State or local authorities. This means that they may not be sustainable, they lack the appropriate quality and struggle with very little external funding. CS and FBOs seem to be ready to enter into partnerships, if these partnerships are on equal footing, if they provide recognition and support of the work done. This is the case of Caritas Internationalis.

As a Confederation, Caritas considers access to social services as crucial to protect people from exploitation and abuse, illness, and xenophobia. The access also gives them opportunities such as education and health, which are crucially important for children, but equally beneficial for adults.

“Access to social services should be guaranteed regardless of the migratory status (regular or irregular migrant, asylum seekers, …). The dignity of the person does not depend on his identity card or his residence card. It is the human person that we welcome,” says Aloysius John, General Secretary of Caritas Internationalis.

In Quito, Caritas will also raise the issue of human trafficking which is happening, according to the 2018 UNODC Global Report on Trafficking in Persons, all around us. The Catholic Church has always raised its concern regarding the exploitation of the person and considering her/him as a mere instrument for enrichment. The Vatican’s Dicastery for Integral Human Development released its Pastoral Guidelines on Human Trafficking (where Caritas contributed with its expertise) which emphasised the importance of speaking up and denouncing the suffering of millions bought and sold for labour and exploitation. Pope Francis has named it a crime against humanity. Caritas and other Christian organisations address the issue through the network of 45 Christian Organisations against Trafficking in Humans – COATNET coordinated by Caritas Internationalis.

Through a pilot project, Caritas and other Church organisations (Talitha Kum and WUCWO) have launched projects to fight human trafficking in Africa along the migration routes of three countries: Malawi, Eswatini (Swaziland) and South Africa. The project raises awareness at the grassroots, while identifying victims of human trafficking.

Caritas through COATNET is also working on collecting quality data to better understand trends and the needs of survivors, and to use that information to help governments implement better laws and better support for victims.

After meeting separately, Governments and the Civil Society representatives will gather together to agree a common message to be released at the end of the GFMD.

Created in 2007, the Global Forum on Migration and Development (GFMD) is a state-led, informal and non-binding process, which helps shape the global debate on migration and development.

For more information, please contact Thierry Bonaventura at communication@caritas.va or at +39-351-619-7118.