Day of prayer against human trafficking

“If I were to meet those who kidnapped me, and even those who tortured me, I would kneel and kiss their hands. For, if these things had not happened, I would not have been a Christian and a religious today”.

Josephine Bakhita was born in Darfur in Sudan in 1869. At the age of nine she was sold into slavery. The trauma made her forget her name. Her kidnappers called her Bakhita, meaning ‘fortunate’.

She was sold and resold again and again, before being given as a present to an Italian family who took her to Milan. She became a nun noted for special charisma and reputation for sanctity. She was canonised in the year 2000.

On 8 February, her feast day, people will join in prayer and reflection for the first International Day Against Human Trafficking. 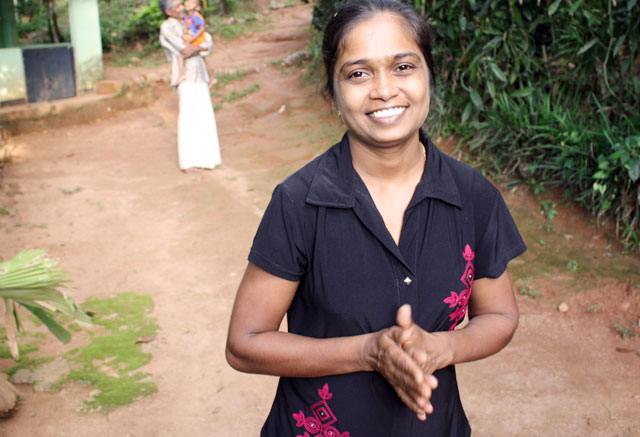 “Human trafficking is a deplorable crime,” said Martina Liebsch, director of advocacy and policy at Caritas Internationalis. “People rights and freedoms are taken away. Most of the victims suffer physical or sexual violence. Women and children are particularly vulnerable. And the criminals responsible are making billions of dollars in profits with little chance of prosecution.

“Governments, employers and consumers need to send a clear signal that trafficking will not be tolerated. The life of Josephine Bakhita inspires us to step up our actions on ending this crime.”

Caritas Internationalis calls on employers to offer migrants decent working conditions and not to hold them in slavery, governments should create efficient labour inspection mechanisms to identify forced labour and the exploitation of workers, and that consumers need to know the supply chain of where their goods come from.

“Slaves no more, but brothers and sisters,” said Pope Francis in a message for World Peace Day 2015. He has made defence of migrants and workers a core issue of his papacy.

“All of us are called (by God) to be free, all are called to be sons and daughters, and each, according to his or her own responsibilities, is called to combat modern forms of enslavement. From every people, culture and religion, let us join our forces,” said the pope.

Caritas Internationalis is urging all its supporters to pray for an end to human trafficking and take part in International Day Against Human Trafficking events.

Caritas member organisations are part of COATNET, the Christian Organisations Against Trafficking in Human Beings Network. Together, the 42 COATNET members campaign against trafficking, tackle its root causes such as poverty and unemployment, advocate for better laws to help protect migrant workers and give trafficking victims shelter and helps them start a new life.

Further reading:
Here are a set of “resolutions against trafficking” proposed by one of the members of COATNET, the United States Catholic Bishops Conference (USCCB)