A blog by Martina Liebsch, Director of Policy Caritas Internationalis

Over 10 years ago I saw a fiction film called “The March”. It showed police fighting to stop millions of Africans trying to reach Europe.

I watched it with other migration experts in Germany. At the time, we thought it was unhelpful as it might spread panic. Now, as the latest crisis unfolds with tens of thousands of people trying to reach the European Union through Turkey, Greece, Macedonia, Bulgaria and Serbia, it seems prescient.

A quarter of a century after the falling of the Berlin Wall, we see a new wall being built, this time in Hungary to stop migrants from Serbia. “Migrants take jobs away” is one of the slogans. It’s the same arguments against migrants and refugees that I heard 30 years ago when I started my work. It makes you feel as if the work of many were in vain.

Racist behaviour against migrants and refugees is never acceptable, even in the light of the difficulties which come along with the reception of so many people. 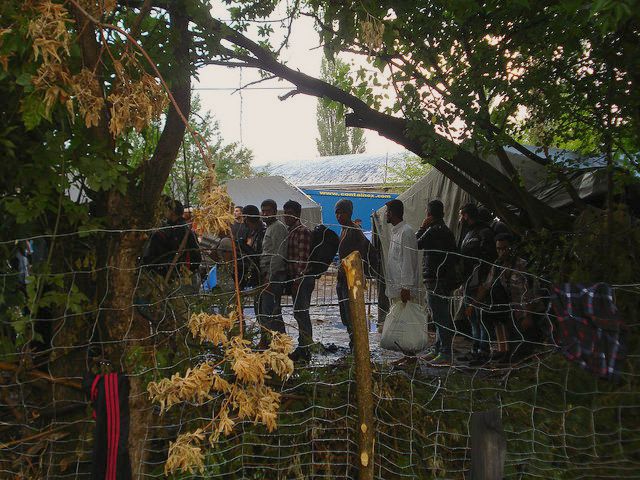 In Hungary, comedians are putting up posters which say amongst others: “Excuse us for the behaviour of our Prime Minister”. As Church, we should support those people and encourage others.

Germany expects to receive 800,000 people in the next months. Many ordinary people there and in other countries are willing to help as volunteers in this crisis. Their work will only be possible if there is a broad movement of solidarity that is not exclusively for refugees, but for all who are in need.

Caritas and other organisations have advocated for a decent treatment and fair procedures for migrants. There is a duty enshrined in the 1951 Geneva Convention to provide protection for those who seek refuge.

And even if they were not refugees, fleeing war and conflict, how desperate must their situation be, that so many people leave their countries on a risky journey.

In a month’s time the Sustainable Development Goals (SDG’s) will be adopted by the UN General Assembly. Paragraph 34 of the negotiated text says: “We will cooperate internationally to ensure safe, orderly and regular migration involving full respect for human rights and the humane treatment of migrants regardless of migration status, of refugees and of displaced persons.”

It will take time to move hearts and minds on this. But it needs to start now because we see so many migration crises. More people coming on boats crossing the Mediterranean, thousands of migrants waiting in Calais to cross the Channel to England, the Dominican Republic threatening to deport irregular migrants who from Haiti who spend their life in the neighbouring country, ethnic minorities fleeing conflict in Myanmar to die at sea. 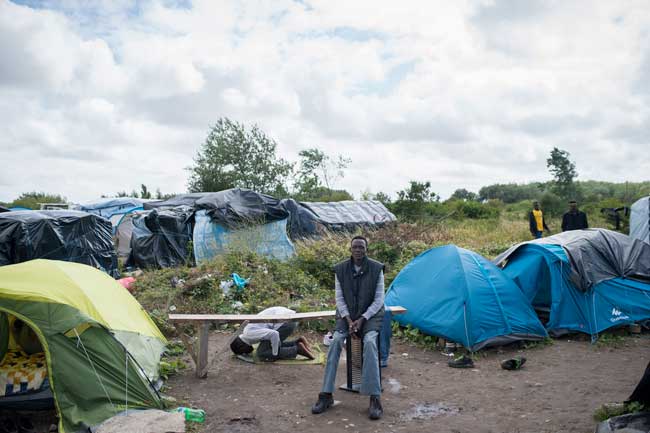 Refugees camp in Calais waiting to cross the Channel to England. Photo by Perriot/Caritas

For the migration crisis which the EU faces it is time to come up with solidarity in the form of shared reception, a shared financial responsibility and a joint asylum policy with comparable standards which are fair and provide protection.

The Europe Union started as an economic union, however it is also a community of values. It’s understandable that not every country can take the same amount of people for geographical and economic reasons. Yet a gesture of solidarity can give an example to others and show humanity.

And the European refugee fund, an instrument which was created to improve reception conditions of refugees, can help quickly and in a non-bureaucratic manner. There should be a shift from looking at this crisis from a security perspective to a humanitarian perspective and governments should invest accordingly.

At a global level it is time to act. For too long governments have thought that they could solve human mobility with half-hearted measures. It is now time to act, to show solidarity, give protection to those who need it, enhance the efforts for peace and invest in development.