Faith matters in a crisis

‘Faith matters to people and matters in an emergency’ was the message at a Caritas Internationalis hosted event on the role of faith-based organisations in crises held on 8 October at the UN in Geneva.

The event was in preparation for the UN’s World Humanitarian Summit in Istanbul on 23 and 24 May 2016 aimed at adapting the humanitarian system to meet the needs of a doubling of people caught in crises over the past decade. 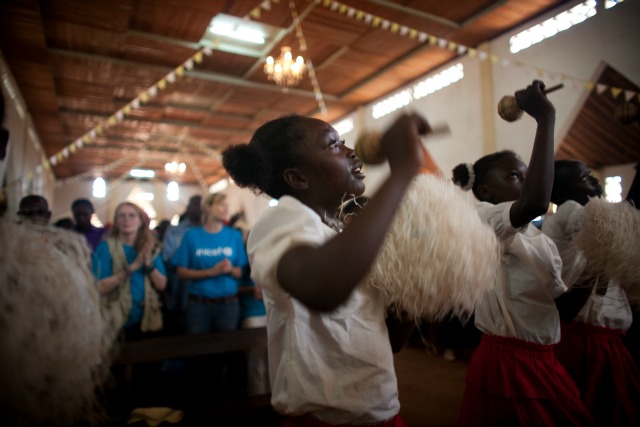 Mass at the cathedral in Bossangoa in Central African Republic, where by November 2013 50,000 people had taken shelter. Caritas worked with UNICEF to provide aid. Credit: Matthieu Alexandre/Caritas

Leaders from Caritas organisations from Ukraine, the Central African Republic, Nepal and Lebanon stressed at the Geneva meeting the vital role faith actors play in providing protection and reducing suffering, but how those same people are often sidelined by the wider international community.

“At the UN General Assembly two weeks ago, there was no faith-based organisation speakers from among the 26 civil society speakers chosen to participate in the plenary sessions,” said Caritas Internationalis secretary general Michel Roy. “We hope our concrete and effective engagement will be recognised and bring change in the humanitarian system, including in its financing of operations.”

Before, during and after

“We’re part of the communities that we serve,” said Fr. Pius Perumana, director of Caritas Nepal. “As pilgrims travelling with the people on their life journey, we’re there before, during and after any emergency.”

Mosques, temples, churches and synagogues are often where people caught in a crisis go to for safety and to receive aid. When conflict ripped the Central African Republic apart, “the church’s institutions in Bossangoa became the haven of peace for over 50,000 people whereas the Muslim community found refuge at a public school,” said Bishop Nestor Dèsire Nongo Aziagbia of Bossangoa, in a special message as he was unable to come to Geneva because of renewed mayhem in his country.

“The diocesan institutions such as Caritas were the first responders. They provided for the human needs without distinction,” said the bishop, citing the Interfaith Peace Platform which also did much to rebuild community and national relations.

However, the bishop laments how subsequently Muslim and Christian religious leaders and organisations were ignored. When secret arrangements were made to drive a group of Muslims from a parish near the capital Bangui to Cameroun, the world’s media were invited to cover the story but nobody had informed parish priest “who had been protecting them with his life,” said the bishop. 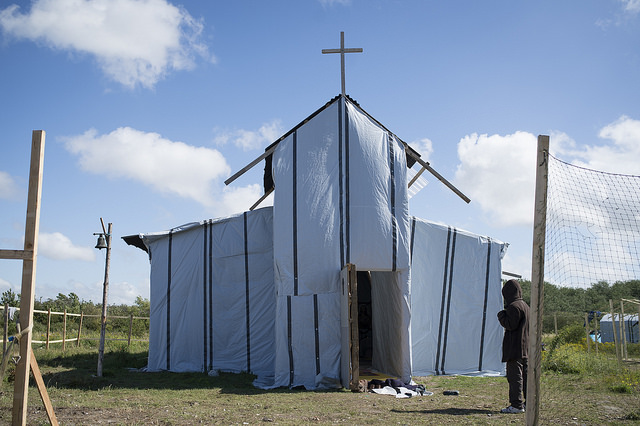 Faith-based organisations cover a broad range of actors from congregations, to local charities, to non-profits to complex global networks. Knowing who and how to engage can be confusing. On the flip side, religious and local community leaders can be baffled by “aid speak” and the technical bureaucracy that comes with accessing funds. Donors also prefer to spend big sums of money on one project, but faith-based organisations frequently work on a smaller scale.

Prejudice also plays a role, with faith-based organisations assumed to be helping only people of their own religion or wanting to use aid to convert. “Caritas serves people on the basis of need: the majority are non-Catholics,” said Suzanna Tkalec, the humanitarian director of Caritas Internationalis. “Caritas does not proselytize.”

Being able to practise your faith in an emergency does matter to people. When Secours Catholique gave refugees and migrants the tools and materials to build shelter in a camp in Calais, they used them to build five mosques and a church.

In West Africa during the Ebola pandemic, Caritas worked with the World Health Organisation to revise what formerly was called its “Dead Body Management Policy” into its “Guidelines for Safe and Dignified Burials” and to implementing them in the field.

“Giving the family an opportunity to view the body of the deceased, ensuring that the grave is appropriately labelled, and allowing religious leaders to offer prayers and family members the option to throw the first soil – these are important incentives for encouraging families to continue to find strength in their faith and to keep other family members safe from becoming infected,” said Msgr. Robert Vitillo, special health advisor for Caritas Internationalis based in Geneva.

As the international architecture cracks under the weight of trying to help more people with less money, what’s clear is that the aid world can only gain by secular and faith organisations working in partnership. How to achieve that will be one of the key tasks of the World Humanitarian Summit.

“The frontline operators in a humanitarian crisis will be communities, and among them will be Chruch networks including the Caritas family of organisations. They’re local but connected to an international network to build standards and accountability,” said Dr Jemilah Mahmood, chief of the WHS Secretariat. “Caritas is well placed to demonstrate how we can better localise the [humanitarian] response and localise finance.”