One Human Family, One Voice, No Human Trafficking

Caritas Internationalis (CI) and the Pontifical Council for the Pastoral Care of Migrants and Itinerant People will co-organize an international conference on human trafficking within and from Africa, in Abuja, Nigeria, from 5-7th September 2016, hosted by Caritas Nigeria.

The conference will gather  Caritas organisations, African bishops conferences and religious orders, Christian and other faiths organizations, NGOs, international organizations and anyone committed to fighting trafficking in Africa and beyond. Read media advisory on the conference.

Caritas works on preventing trafficking and helping victims in many parts of the world. CI coordinates the Christian Organisations Against Trafficking in Human Beings Network (COATNET). Watch COATNET video 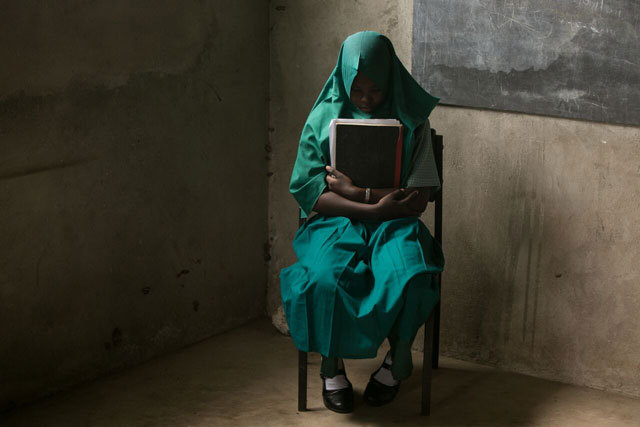 Child mothers, each a victim of either child marriage for dowry and or some other form of trafficking are now giving themselves a second chance as students at the Mkaomoto Primary School in Msabaha, Kenya. Photo by Philip Laubner/CRS

KEY INFORMATION FOR THE CONFERENCE 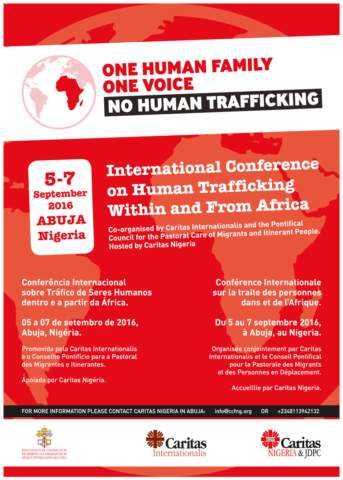 Caritas statement for the Forced Labour Committee of the 103rd International Labour Conference, May 2014

Pope Francis Declaration against slavery 2013 with other Faith