Caritas focuses on food, hygiene and shelter for Haiti

Four trucks made their way from Port-au-Prince to the southwestern tip of the country where Hurricane Matthew had hit hardest. The 8-hour journey from the capital was necessary because hurricane damage meant the items couldn’t be bought more locally. 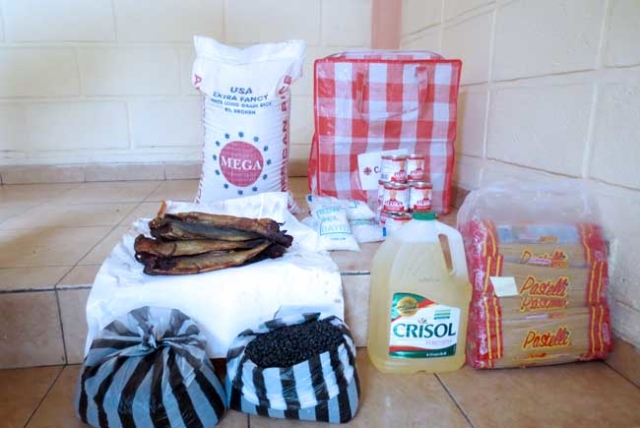 Hurricane Matthew’s  torrential downpours and 145 mph winds felled trees, swept away people and animals, and destroyed up to 90 percent of homes in some areas of the southwestern peninsula.

Over 2.1 million people were affected. Food stocks and crops were destroyed, a critical loss for the entire country because the area is a key food producer for Haiti.

Caritas is focusing on ensuring Haitians have food, clean water and hygiene items and shelter. Clean water is in short supply and poor sanitation threatens to trigger another outbreak of cholera, a disease that has killed some 10,000 since the 2010 earthquake. Already, new cases are spiking.

Bernadette Moses lives in Port Salut. She has a house, but no roof. She took refuge in a nearby field during the hurricane as she feared her house would collapse on her.

Hurricane Matthew turned her little neighbourhood of two-room, concrete-block houses in the popular beach town of Port Salut into a pile of rubble. At least 13 people died during the storm.

“Entire communities have lost not just their houses but their livelihoods, their schools, their churches and their already-limited health services. They have to start over from zero,” said Chris Bessey, Catholic Relief Services (a US member of the Caritas confederation) country representative in Haiti.

CRS sent engineers to towns in the path of the Hurricane before it struck. In that way they could assess structural damage and begin repairs. One of their aims is to ensure people get clean water and don’t contract cholera.

CRS has also been giving people food, blankets and other emergency supplies.

The Caritas confederation is gearing up to provide long-term support to people who’ve survived the hurricane. An initial programme to help cover people’s immediate needs was launched immediately after the hurricane hit. Soon a longer-term programme will take its place.

Caritas secretary general Michel Roy went on a three-day tour of hurricane-effected zones last week. He wanted to see the devastation with his own eyes and also urge people not to forget Haiti.

Before he left for Haiti, he said, “Caritas is calling for a surge of global solidarity to ensure the resources are available to provide support to communities. By walking hand in hand with Haitians during this terrible time, we ensure their suffering will not put on the back-burner.”