Kasai: does the name mean nothing to you? That is no surprise! One year ago, no one was talking about it. And even today, it is rare for the media to show interest. And yet this province situated in the centre of the Democratic Republic of Congo has for the past nine months been in the grip of murderous violence between insurgents and regular armed forces. This has led to at least 400 deaths and more than one million people displaced, according to figures from the U.N. But those figures are evolving quickly, because the clashes and killings have not ceased. Numerous inhabitants of the region are currently taking refuge in the bush, without assistance, while the crisis spreads. Today it is directly affecting five provinces. 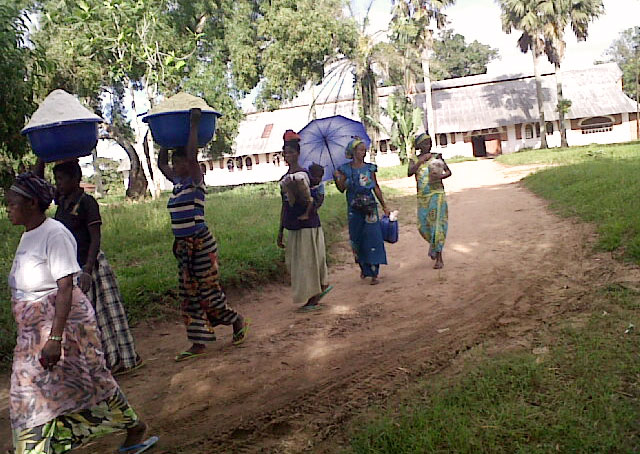 Kasai Dengese women fleeing their homes in the centre of the DRC. Photo by Caritas Congo Asbl

At the outset, it was a typical local conflict that degenerated. Everything started with the death of Kamwina Nsapu, an influential traditional chief in rebellion against the power of Kinshasa. He was killed by the police in August 2016. As a result, militias and security forces multiplied the atrocities, in a national political context that was increasingly malignant.

Abuses on either side

Despite the appeals for restraint launched notably by Catholic bishops, the spiral of violence and repression seems to be unending.  “The militias continue the beheadings,” said Archbishop of Kananga, Msgr Marcel Madila. In several places, corpses are strewn across the roads. In Kananga, which is under siege, soldiers terrorise citizens. “The law enforcement authorities should protect them,” said Msgr Madila “and not profit from the situation to terrify and exploit the population”. To this day, 43 mass graves have been discovered and some videos seem to substantiate the theory of an excessive use of force.

On April 20, the National Episcopal Conference of Congo severely condemned this “violence of a rare brutality,” recommending that the pacification process should also take the humanitarian aspect into consideration. But the Church is itself “targeted by the militias,” confirmed Caritas Congo. They accuse the Church of having been incapable of bringing political dialogue to a successful conclusion and of having allowed the current power to perpetuate. Several buildings belonging to the Catholic Church have been sacked or set on fire, and chapels have been pillaged. Some bishops, having received death threats, were forced to flee during the Easter celebrations. In February and March 2017, about 50 parishes were emptied of their clergy.

Despite the insecurity that is hindering the action of humanitarian workers, Caritas Congo is not giving up. It is present in all the zones affected by the crisis. “A halt to our intervention,” says one of Caritas Congo staff who wishes to remain anonymous “would provoke the death of thousands of people and the resurgence of violence.”

The people affected are waiting for direct support: food supplies, shelter, health and hygiene care, water purification products. However, it is also necessary to ensure the psychosocial and medical management of children recruited by the militias and people who have been assaulted, as well as the revival of agriculture and the restoration of infrastructure destroyed during the conflict. It is equally urgent to organise the reuniting of non-accompanied children with their families. 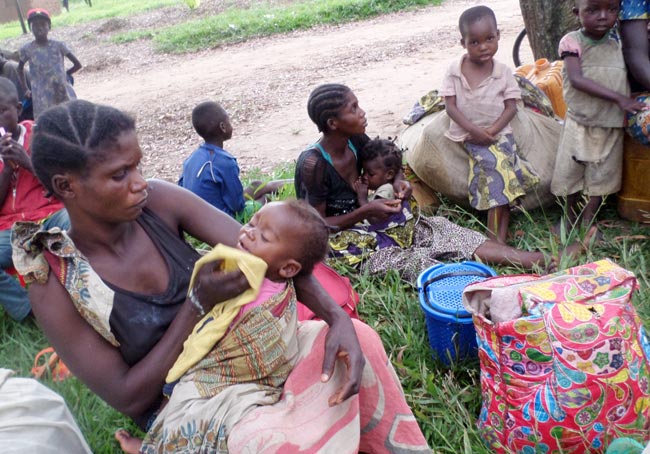 Many children are separated from their families when the violence broke in Kasai province in the Democratic Republic of Congo. Photo by Caritas Congo Asbl.

About a month ago, the return of the body of the Chief Kamwina Nsapu and his burial, as well as the designation of a new chief of the family, had led to a glimmer of hope for peace for the displaced population. But the respite was only short-lived. Furthermore, inter-community violence added to the initial conflict. The Caritas network increasingly receives information about people who have been driven out of their homes for ethnic reasons.

Caritas Congo recalls that the Kasais are the bastion of the historic Congolese opposition leader Etienne Tshisekedi, rival of Mobutu and Kabila, who died at the beginning of the year as a result of an embolism. “These elements cannot be removed from an objective analysis of the crisis.”

Faced with this situation, the Archbishop of Kananga launched an alarm call: “It is necessary to act with international authorities to push the leaders of the DRC to favour a return to peace and legality, to punish the authors of the violence and invite the military and police officers but also the United Nations Organization Stabilization Mission in the Democratic Republic of the Congo (Monusco) to really protect the population.”

In a pressing appeal, Caritas Congo is calling on its part for the central government to take its responsibilities and for Caritas Internationalis to launch a widespread plea to members of its network to help obtain the adequate means to come to the aid of the affected population. It is essential to act quickly before the dry season to avoid famine and epidemics.