Voices of the Amazon

“It is a sacred moment”

These are the deeply-felt words of Mario Nicacio Wapichana, an indigenous leader speaking about the Amazon Synod. As Caritas Internationalis greets members, partners and friends from the pan-Amazon countries arriving in Rome, Mario expresses a shared hope for the historic meeting:

“For us indigenous peoples, the message of Pope Francis means this: awareness is being raised about all our actions in Brazil, especially about the rights of indigenous people, the balance of nature, and the fight against climate change.”

So the Synod matters to us all. But it matters first, and most, to those who live in the Amazon itself. Caritas is privileged to work alongside many of them. They are the real people at the heart of this story.

Life in the
forest 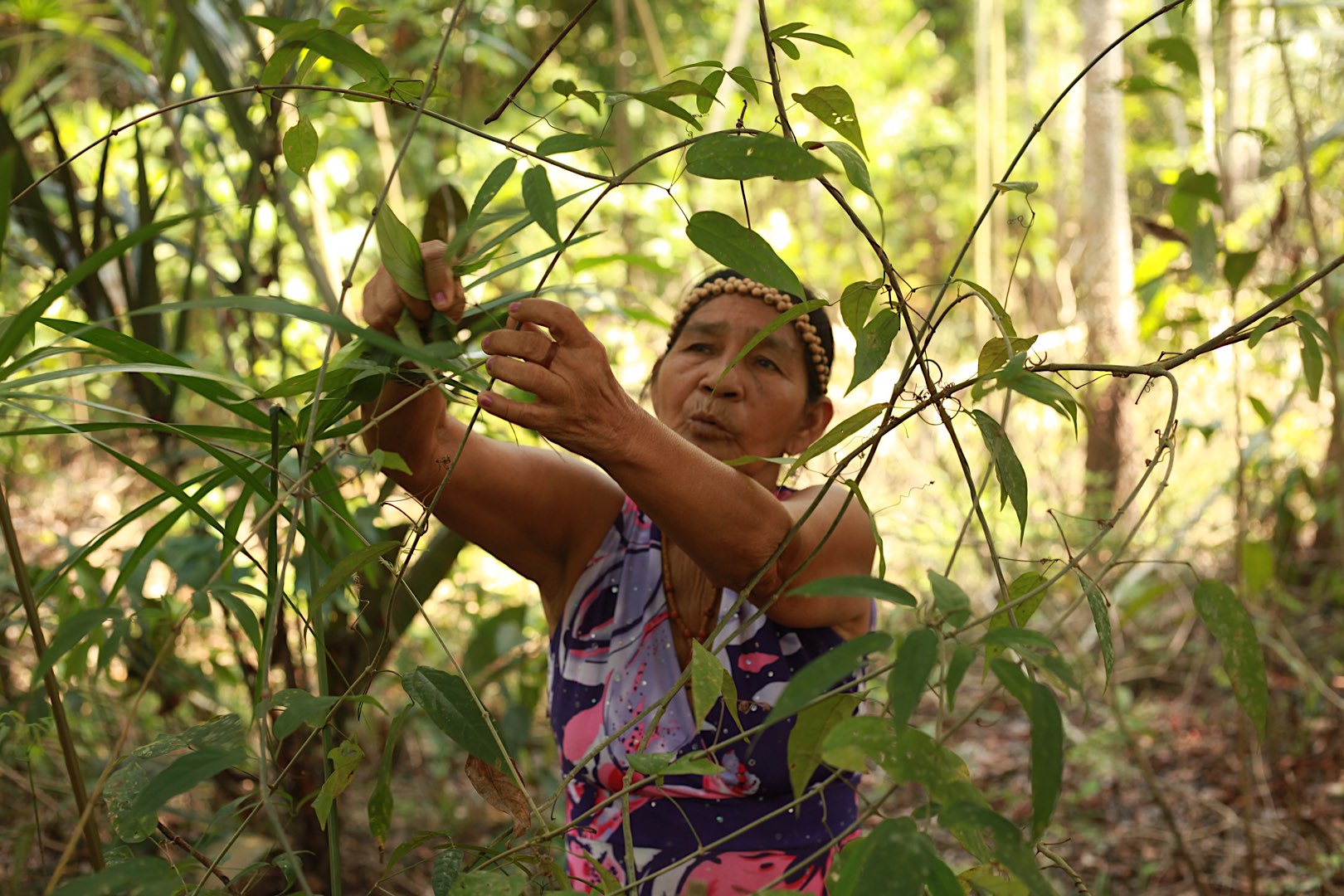 The struggle
for rights 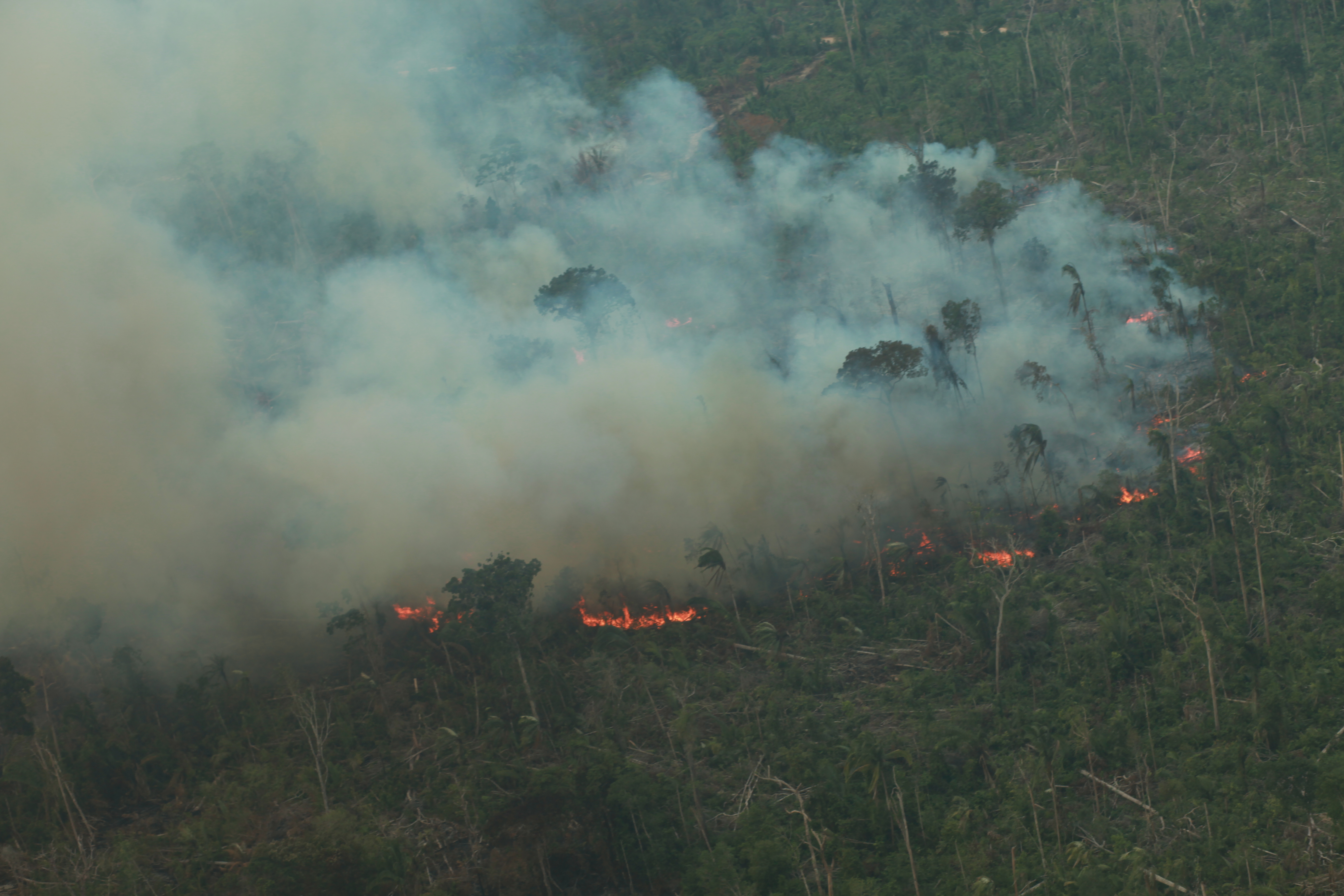 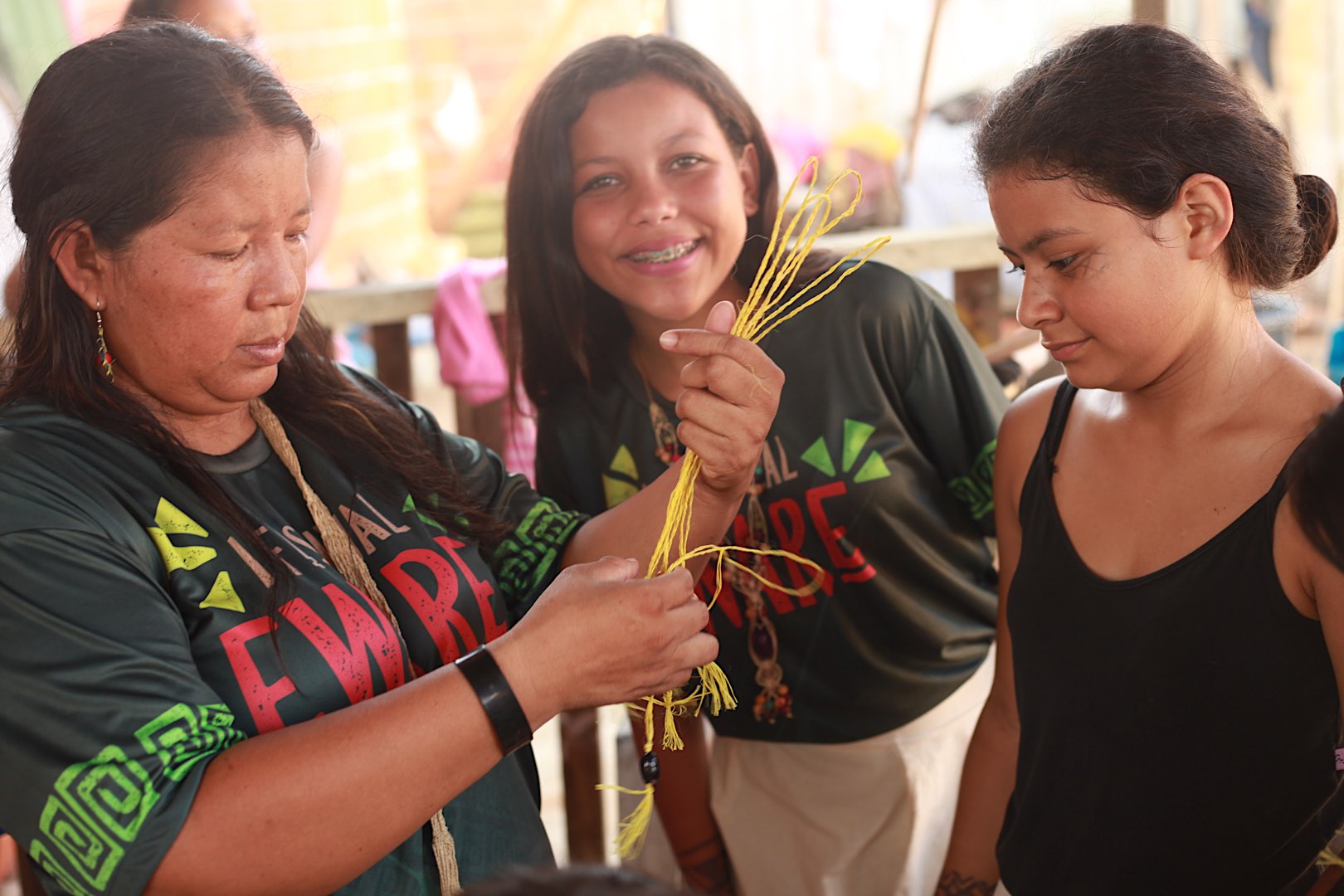 Hear the cry of the Amazon

Caritas is supporting indigenous leaders to speak out on the world stage. 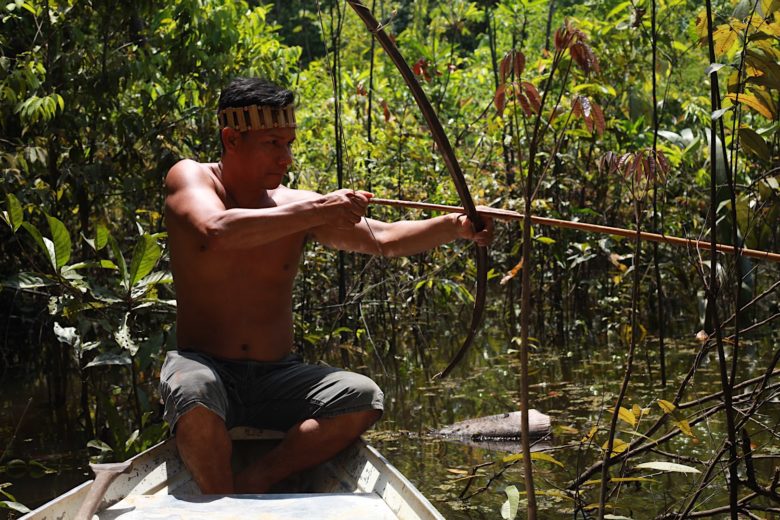 Life in the forest

“The quest of the indigenous Amazon peoples for life in abundance finds expression in what they call ‘good living’. It is about living in ‘harmony with oneself, with nature, with human beings and with the supreme being’.”

Working document for the Amazon Synod, #12 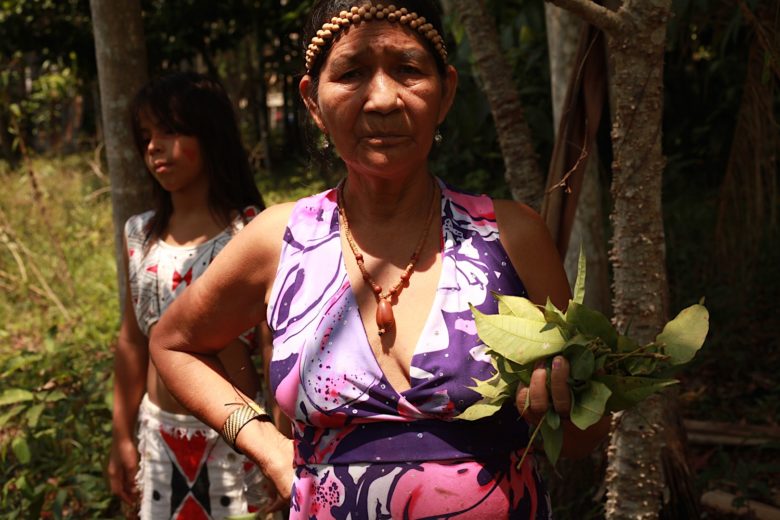 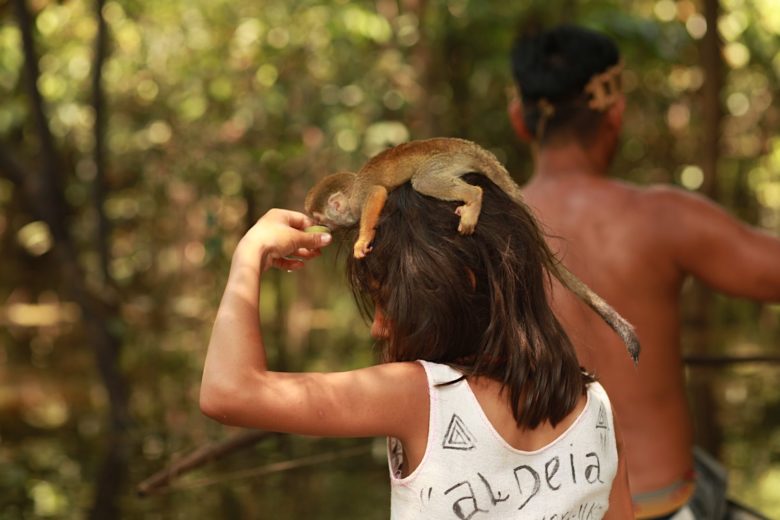 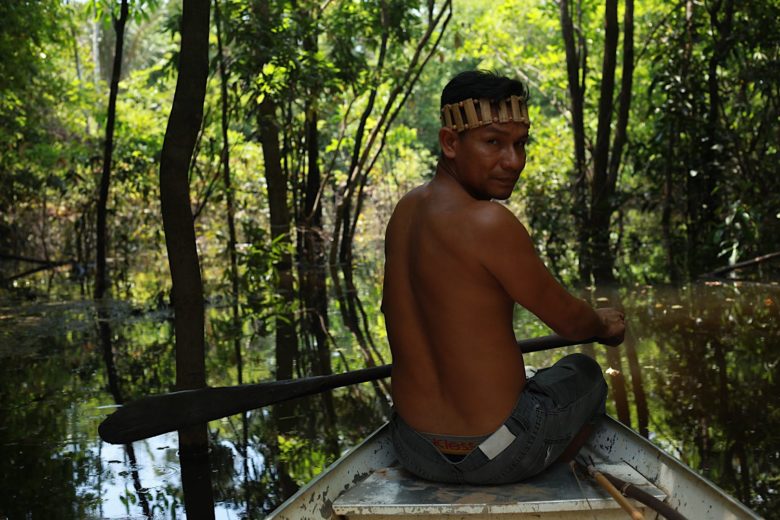 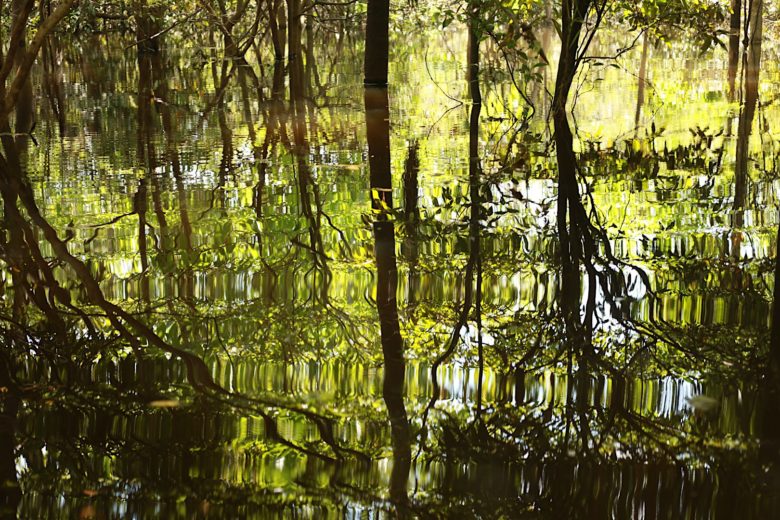 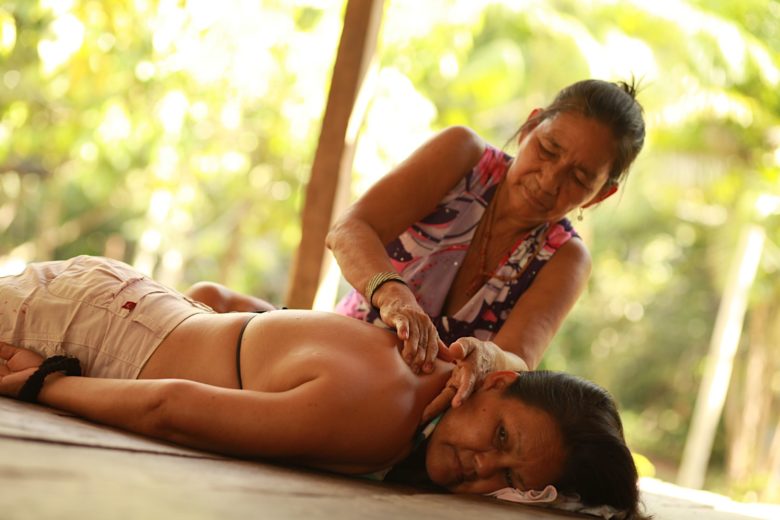 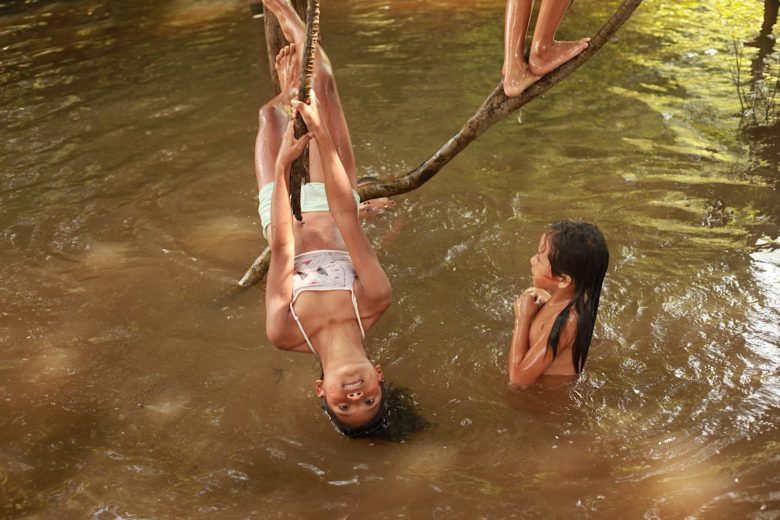 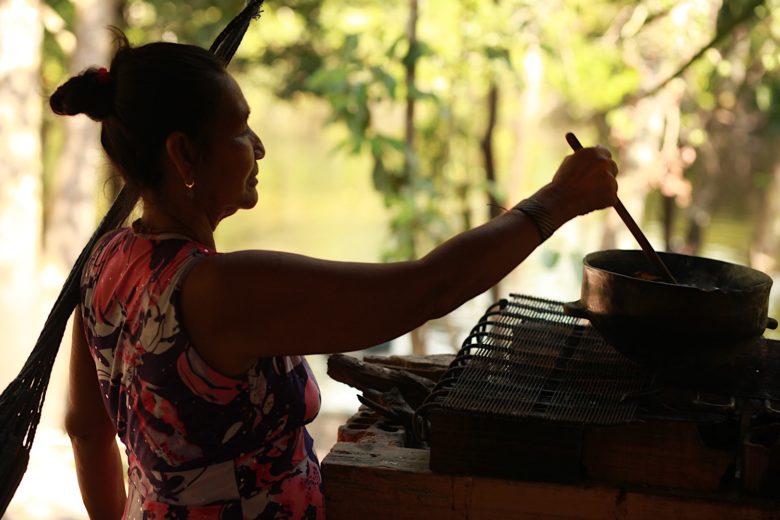 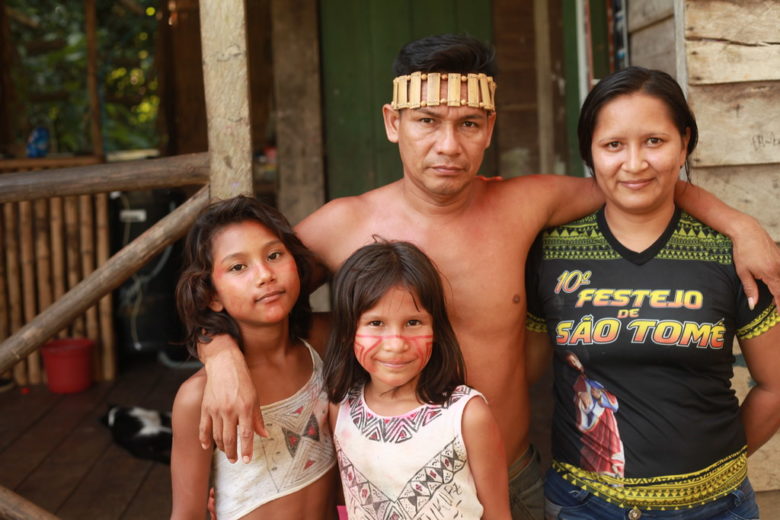 “We live in nature, we were born into it and we are part of it,” says the Tuxaua (leader) of the Kambeba people in a Brazilian Amazon village. “This is our land and we have everything we need right here.”

He paddles his canoe down the Samauma river with his young daughter. She holds a long bow and arrow ready for fishing. Her tiny pet monkey Nico runs up her arm and settles on top of her head. She feeds him a nut.

“We do not expect anything from the government,” says her father. “Those people do not understand our way of life, how we raise our children, how beautiful our home is.”

Far from the state capital, accessible only by boat or on foot, this tiny indigenous community of 52 people feels remote. Yet many visitors arrive from other states, even other countries, winding their way along forest paths and rickety footbridges to get here.

The outsiders come to seek cures from the tuxaua and his mother, Dona Teca, a midwife who also practises traditional medicine and preventive health. Many plants grow in pots around her thatched house, where clients are welcomed to stay after their long journeys. Small children are dispatched to gather leaves and roots as she stirs remedies in a huge pot.

“Our pharmacy is all around us,” says Dona Teca, gesturing at the forest. “People come here with many different problems. So I talk to them and treat them with the cures we make.”

She is the economic engine of the family, her son explains.

“Our income is from the medicines we sell and my mother’s work. We are always looking for an alternative to improve life here, so that our people do not leave for the city.”

It is a vital survival strategy for this tribal group who number only 1,500 in Brazil. The forest provides their food, their livelihood and their children’s inexhaustible adventure playground.

Caritas in the Archdiocese of Manaus supports medicinal gardens like Dona Teca’s as part of a drive for better health, organic farming and reforestation. As droughts in the Amazon region increase due to climate change, Caritas is also working with people to manage their springs, rivers and dams.

Preserving a sustainable way of life in the forest in the face of land grabs, commercial exploitation and violence is hard, and has grown significantly more dangerous under the current far-right Brazilian administration. Yet preserving traditional territories for indigenous people can profit the whole planet -globally, forest communities are over ten times more effective than governments in preventing deforestation (Rights and Resources Initiative report).

The Caritas confederation is working internationally to raise awareness. Caritas Canada, for example, have just launched a two-year campaign, For our common home – a future for the Amazon, a future for all. Citizens will pressure their MPs to take action, schools and parishes will take part in workshops and prayer, and 65,000 signatures will be collected for solidarity letters to two threatened Brazilian communities.

Dona Teca, her son, her grandchildren, all the Kambeba, want the freedom to live in their own way but are only too aware of the threats that menace them, the forest fires burning across the Amazon, the presence of ruthless loggers and developers. They fear for the future of their children.

The Synod is turning the eyes of the world towards the vulnerability of communities like these. So many have already been lost.

“We just want to live in peace with our families…We ask only for respect.” say the Kambeba.

Hear the cry of the Amazon

Caritas is supporting indigenous leaders to speak out on the world stage. 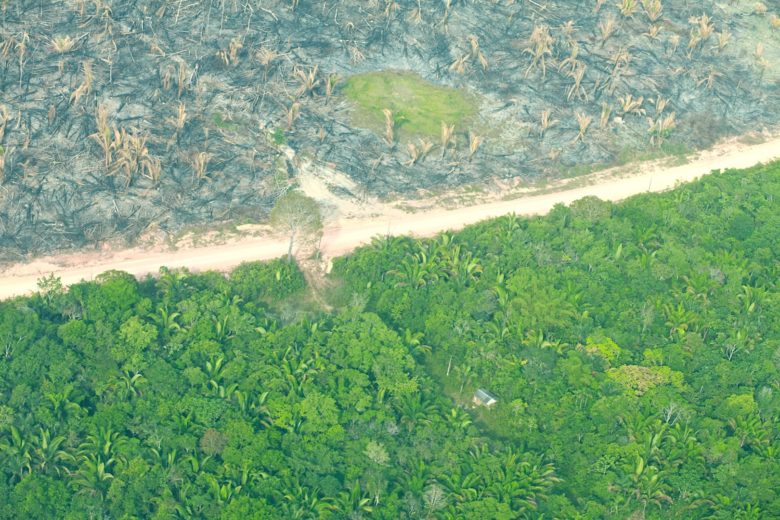 The struggle for rights

“Today the Amazon is wounded, its beauty deformed, a place of pain and violence …
The manifold destruction of human and environmental life, the diseases and pollution of rivers and lands, the felling and burning of trees, the massive loss of biodiversity, the disappearance of species, constitute a brutal reality that challenges us all.”

Working document for the Amazon Synod, #23 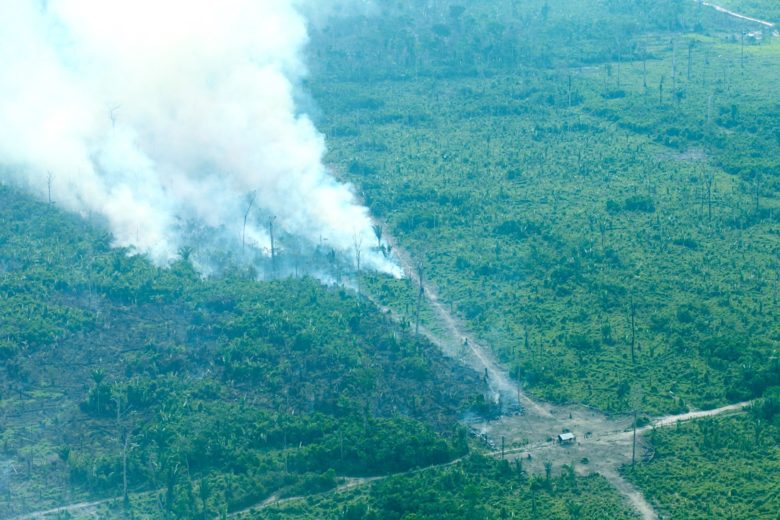 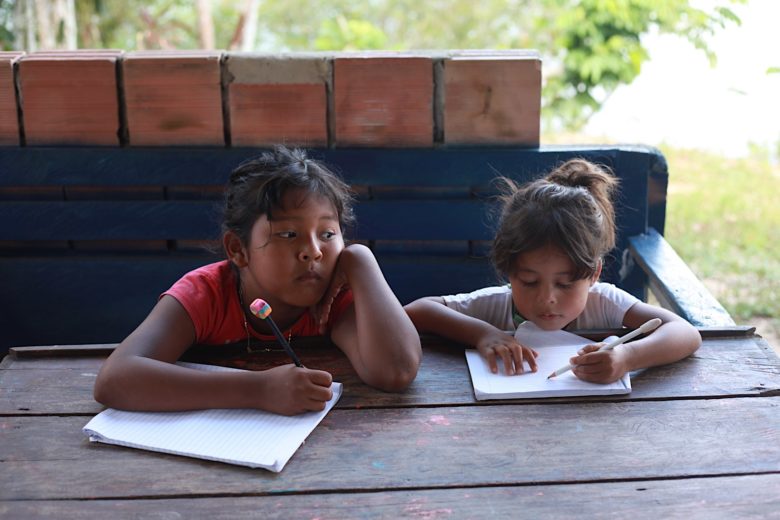 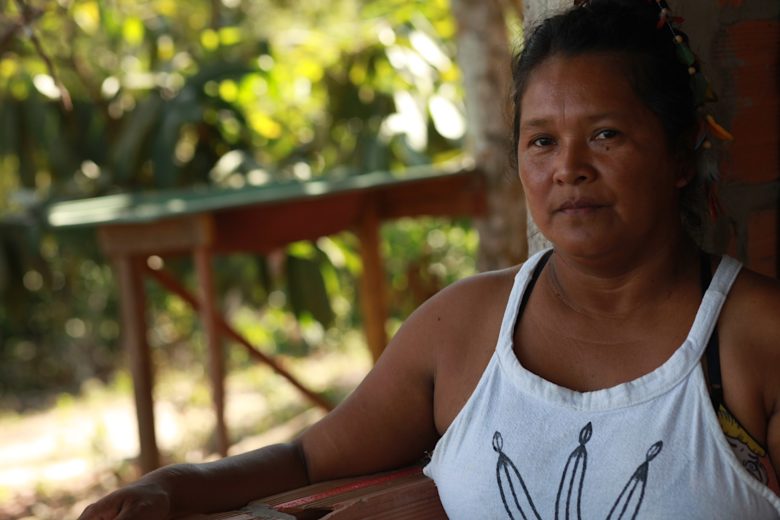 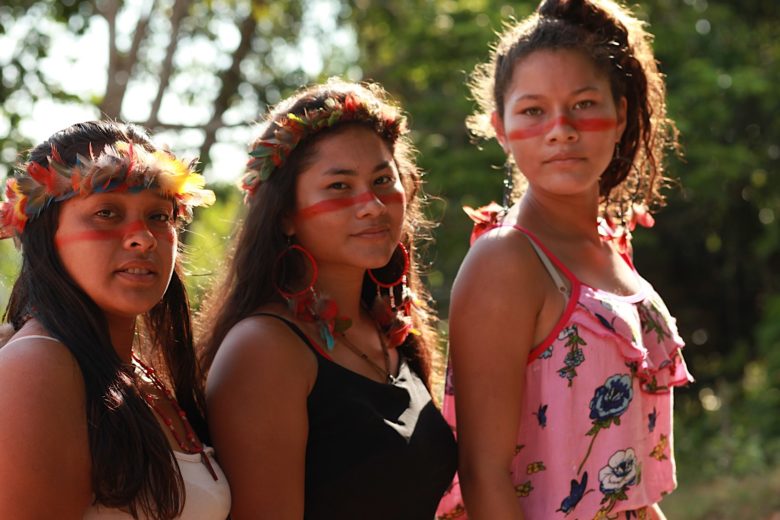 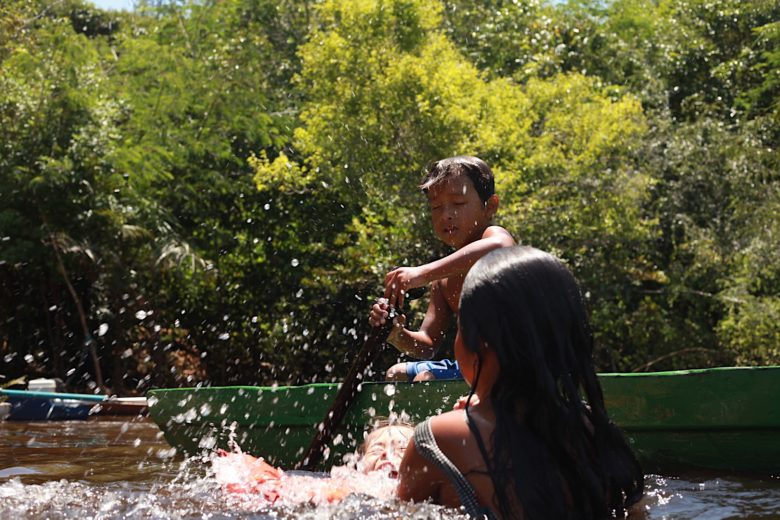 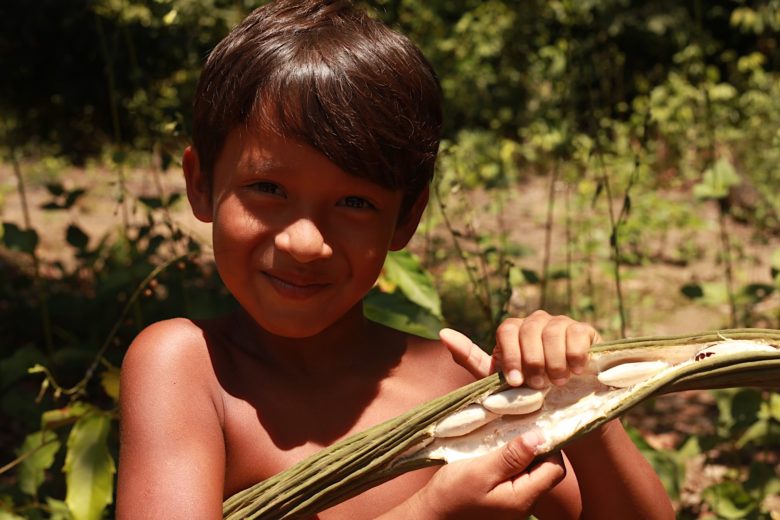 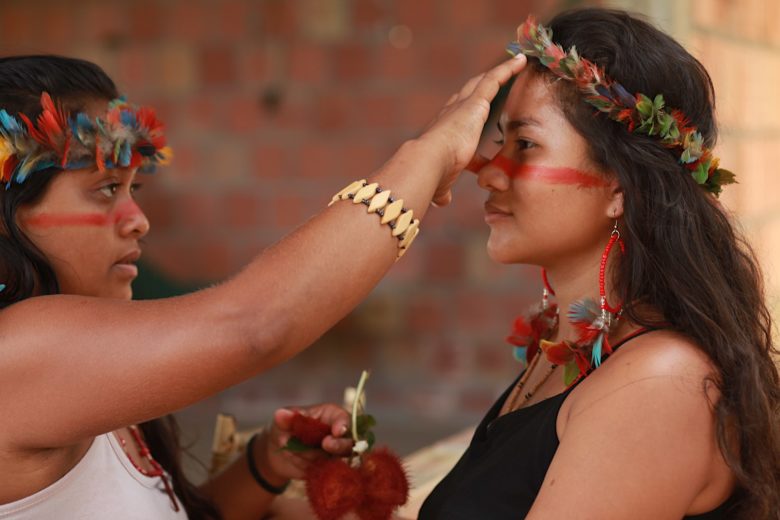 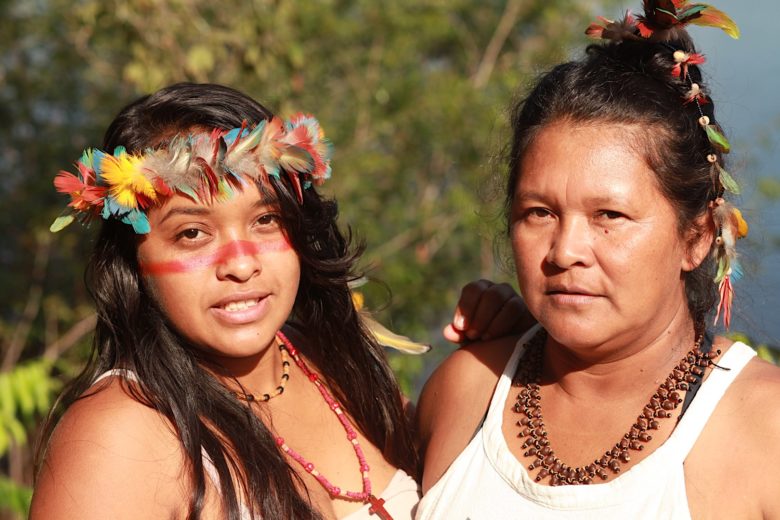 “Big businesses are moving in and building villas; industries are polluting our river,” says Dona Terezinha, an indigenous Gavião spokesperson from Amazonas state, Brazil. “Their only aim is commercial gain.”

Her wooden stilted home surrounded by banana palms appears a picture of rural contentment. Children splash joyfully in the river in front of her doorway. But the Gavião, like so many others across the pan-Amazon region, are under siege from business interests.

Terezinha’s land is not far from the city of Manaus and urban forces threaten her community’s way of life. Her desirable river views are tempting for wealthy urbanites, who favour luxury homes by the water’s edge at a commutable distance from the city.

“For us it means we can no longer fish or hunt as we did,” she mourns. “We are losing our freedom to come and go in our own territory.”

Land as a sacred right

Pope Francis has said of the indigenous peoples: “For them, land is not a commodity but rather a gift from God and from their ancestors who rest there, a sacred space.”(Laudato Si’, 146). In this world view, land is not measured by its monetary value.

“Here we care for and protect our land and nature,” explains Terezinha. “Everything we have comes from the earth.” Her village was having trouble, however, getting their garden farms to grow well, so Caritas Brazil lent a hand with training and the preparation of organic fertiliser.

Now they have flourishing fruit trees and beans to feed the family. Terezinha is not going to let all this be taken from her quietly. She, like her mother and grandmother before her, is a dedicated advocate for the dignity and culture of her people.

She is a powerhouse who never stops working, whether she is attending meetings with other indigenous communities, running the house and farm, making traditional crafts or teaching children about their native language and customs.

“We want our rights as indigenous people guaranteed for our children and grandchildren,” she declares. “The government does not even acknowledge that we are here, that we are alive. It is a painful struggle, but we must go on defending our rights.”

Caritas has long promoted the rights of the Amazon peoples, working through the Church and local partners such as the Indigenous Missionary Council and the Pastoral Land Commission in Brazil.

We are a founding member of REPAM, a Church network set up to highlight the critical situation of the Amazon. During the Synod, REPAM will present a report documenting cases of human rights violations across five countries.

REPAM has been crucial in preparations for the Synod. In a remarkable listening process, 87,000 local people have expressed their hopes and fears and the distillation of these Amazon voices will inform the synodal discussions. 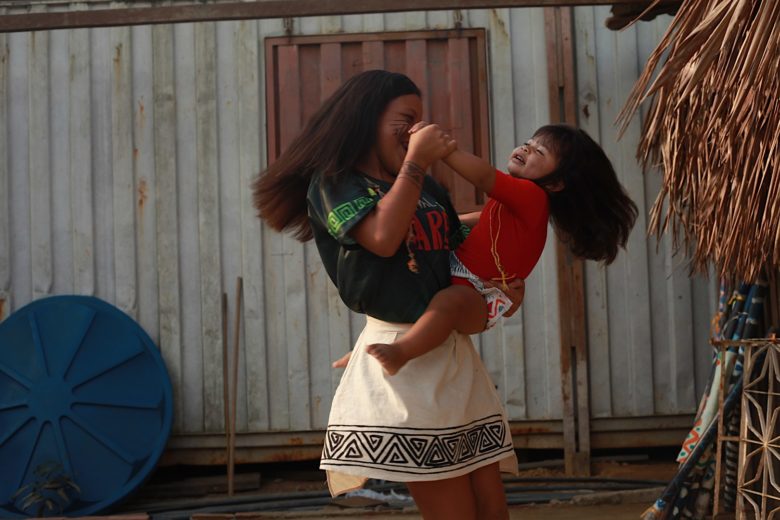 “Culture, religion, the family, education, employment and other aspects of life change rapidly to respond to new calls from the city… there is a lack of dialogue between generations in families; traditions and language are lost.”

Working document for the Amazon Synod, #78 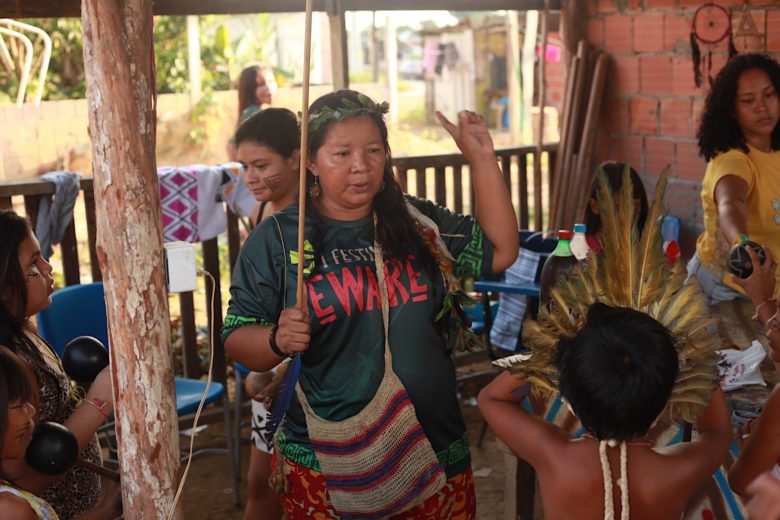 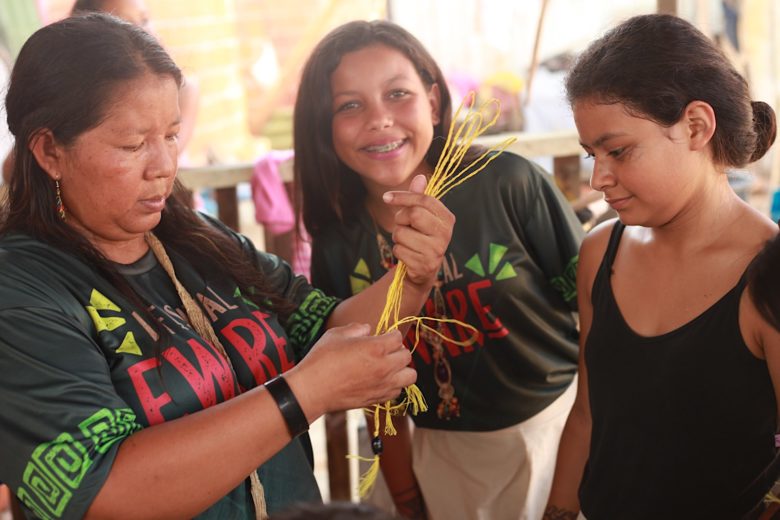 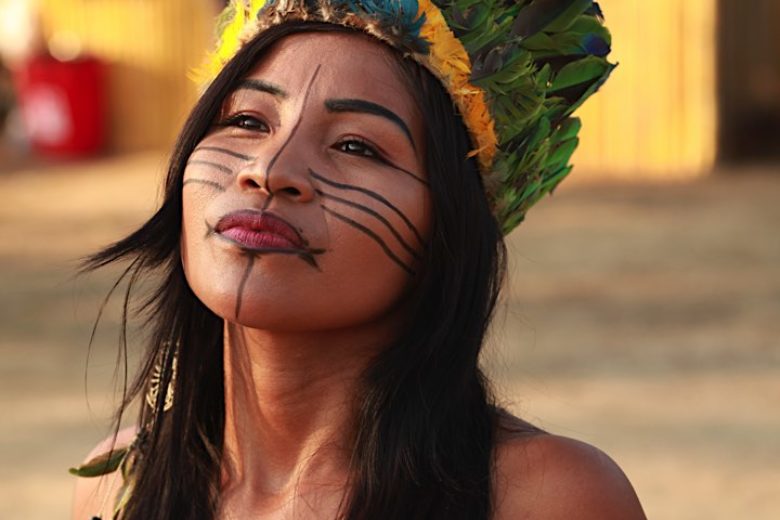 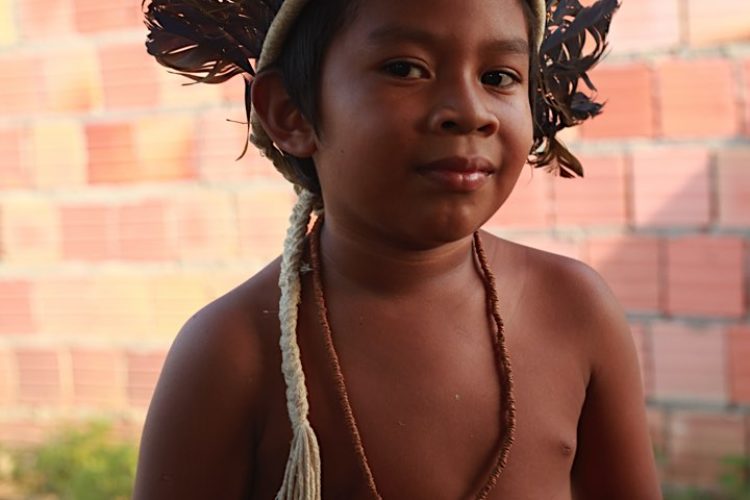 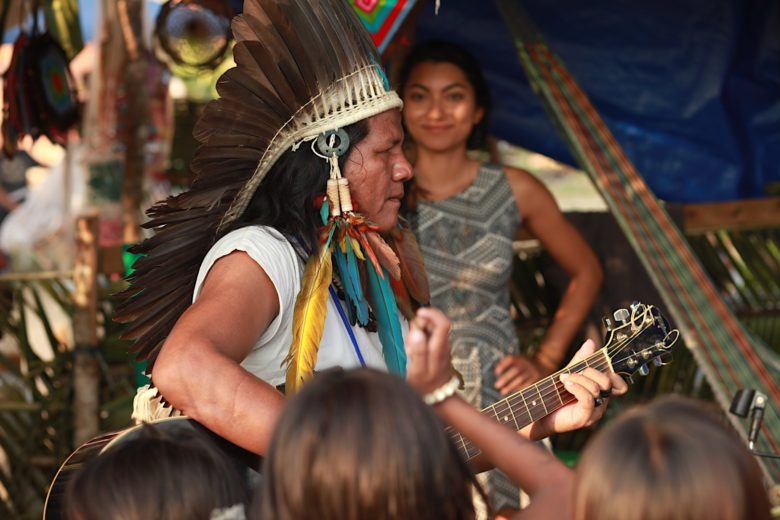 The unbearable pressures on the rural peoples of the Amazon have driven huge numbers into cities. Urban areas now hold 70-80 per cent of the population of the Amazon, many living in highly vulnerable conditions.

Caritas in the Archdiocese of Manaus is supporting them to face the challenges of city life, to understand their rights and preserve their indigenous heritage.

“I really want the kids not to lose touch with their roots,” says Claudia, a teacher at the Caritas-supported Wakenai Anumarehit cultural centre in Parque das Tribos in Manaus, which was the city’s first indigenous settlement.

Claudia, who is from the Baré tribe, put herself through university at 36 so she could start a centre teaching indigenous culture and language:

“The problems were enormous, especially with the lack of schools nearby. I saw the children hanging around aimlessly. I felt I had to do something for them.”

Her other motivation was personal. Her son Tomas announced one day that he wished he weren’t indigenous, because then he wouldn’t get bullied. She wanted to make him proud of who he was.

This year Claudia’s neighbourhood started its own cultural festival and her pupils, who come from 38 tribal groups, loved taking part in indigenous dance, rituals, music, food and crafts.

“Our unity has given us all strength,” declares Claudia. “We’re not waiting around to get help from public institutions. We are doing it for ourselves.”

On the far east side of Manaus, Caritas supports teacher Omaida as she works with children of Tikuna origin, the biggest tribe in the Brazilian Amazon. “We started our centre 16 years ago,” she explains, “to promote our indigenous culture, music and art.”

Her students learn language, songs and art. Their families make and sell traditional Tikuna crafts including ritual adornment: feather headdresses and beaded necklaces. Caritas is helping them look for a commercial space and working with their community association to demand their legal rights to healthcare, education, decent housing and jobs.

Across the Amazon region, traditional peoples are trying to find a sustainable way of life and retain their identity – whether holding out in the rainforest or attempting a new existence in the city. The Caritas network is constantly seeking new ways to support and serve them, and so we welcome the Synod as it turns the eyes of the world towards their future, and our shared human destiny.  As Cardinal Pedro Barreto of REPAM says:

The bishops of Brazil have sent out a powerful invocation to act before it is too late:

“It is time to speak, to listen and to act … to protect the Amazon, its ecology and its traditional and indigenous peoples, our brothers and sisters. If we do not commit ourselves in this way, we will suffer irreparable loss.”