Cardinal Coutts: in Pakistan the poor are victims of a double tragedy

Floods symptom of the lack of care for Creation

“We are doing all we can with the resources at our disposal, but we need help. We need a lot of help. This is what Cardinal Joseph Coutts, Archbishop of Karachi and chair of Caritas Pakistan, said to Caritas Internationalis following the heavy rains and floods that have hit Pakistan in the last two months. The tragic toll at the moment is of 300 dead and about 250 injured, while more than 216 thousand homes have been damaged. Sindh, the province of which Karachi is the capital, is among the most affected areas of the country.

Unfortunately, the international media landscape has completely neglected the drama of the Pakistani population, already seriously affected by the COVID-19 pandemic. Caritas Internationalis wants to give voice to their suffering.

“We have no memory of heavy rains like the ones that fell on Karachi in the last two months,” says the cardinal. He explains that the modest amount of rain that has fallen in recent years has led to the accumulation of waste along the storm drains that run through the city, some of which are up to 17 kilometres long. The construction of illegal dwellings has also prevented rainwater from draining and has caused flooding. 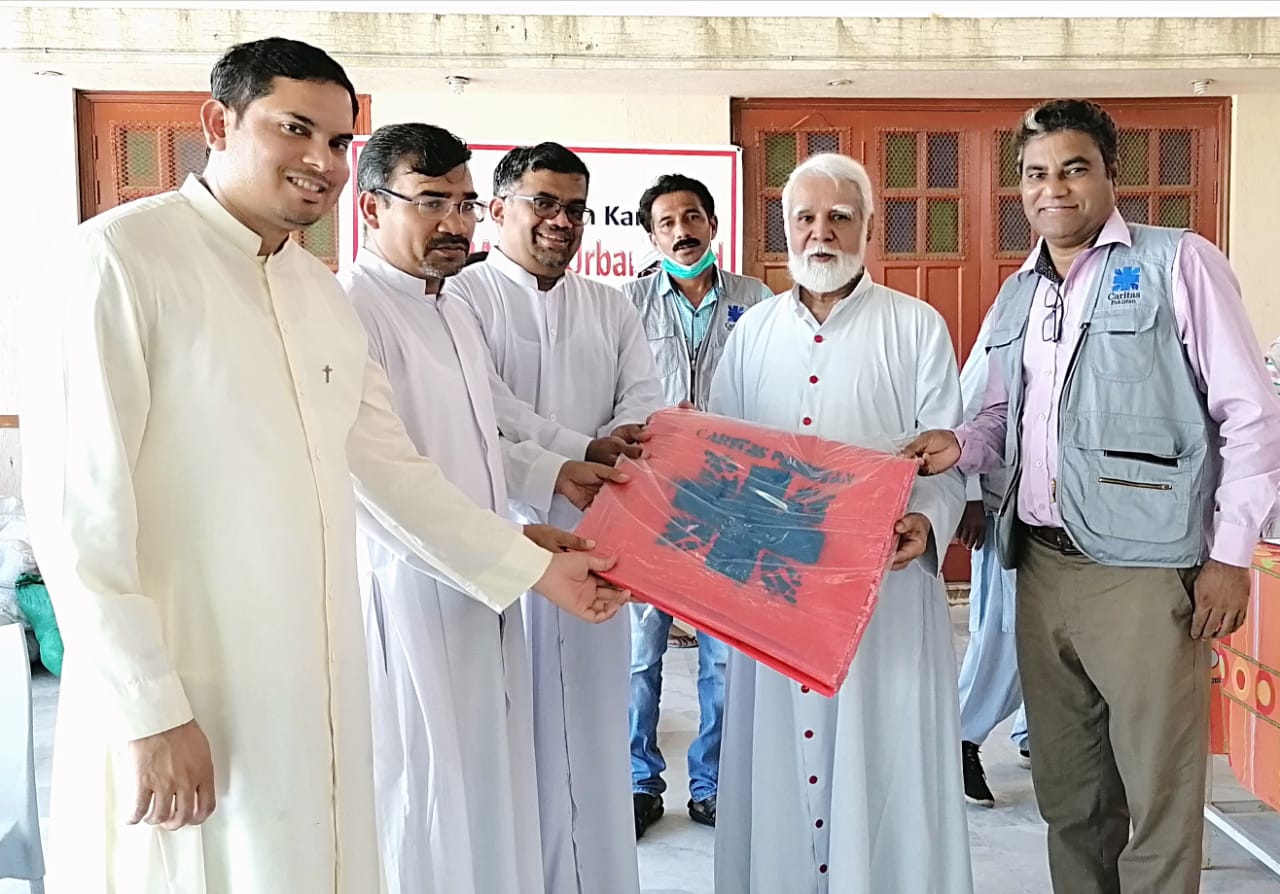 “Karachi is a growing city and is the main port in the country. This has favoured the immigration of many workers, many of whom have illegally built their homes along the banks of the storm drains,” explains the cardinal, adding that as a security measure the Pakistani government has already decided to demolish tens of thousands of illegal dwellings.

“The government has promised compensation and new housing for those who have lost their homes, but we do not know if, when and how much aid will come,” he says

“The immediate aid provided by Caritas has relieved the suffering of the population and made the affected people feel that they are not alone and abandoned,” says Cardinal Coutts, “and we thank God for the excellent training provided by Caritas to staff and volunteers who have responded promptly to this and other disasters. The next and most important step, especially after the government will have demolished the houses, will be to give these people a new and dignified home. But it is a tremendous effort and we will need help.

The floods came at an already dramatic time due to the COVID-19 pandemic and the serious consequences of the containment measures. “For the poor it is a double tragedy because many of them had lost their jobs due to COVID-19 and now they have lost or will lose their homes too,” says the cardinal.

Cardinal Coutts also points out that the floods are yet another natural disaster in Pakistan in recent years. The country is among the most affected in the world by the consequences of climate change and, in this year of the anniversary of the encyclical Laudato Sì, the cardinal invites us to reflect on the need to safeguard the environment. “These floods are the symptom and effect of the lack of care for our Common Home. And it is above all the poor and the most vulnerable who suffer because of it.”

Mr. Amjad Gulzar, Executive Director of Caritas Pakistan shared that “many areas of country are badly affected, Disaster Management Committees (DMCs) and volunteers have been very active. But this year heavy rains were more than coping capacities of everyone. Caritas Pakistan is trying to help affected communities through limited resources.”

Anyone who wishes to support the work of Caritas in Pakistan can do it by donating here: