Defend the rights of child migrants

On the 25th anniversary of the Convention of the Rights of the Child (CRC) on 20 November, Caritas Internationalis says more must be done to protect child migrants, especially those travelling alone. Caritas calls on governments to greater defend their rights by applying key laws as set out in the convention.

“Children migrating alone is widespread. It’s a growing concern for Caritas because they are particularly vulnerable to abuse,” says Martina Liebsch, head of advocacy at Caritas Internationalis. “25 years since the Convention of the Rights of the Child, governments must do more to ensure its provisions are fully implemented. Child migrants must be protected and their dignity respected. A child’s best interests must come first, migrant or not.”

This year an unprecedented number of child migrants – many of them unaccompanied – arrived in the United States. Many were fleeing violence in Central American countries. Meanwhile, the unstable political situation in North Africa and the Middle East has led to increasing numbers of children leaving to go to Europe. 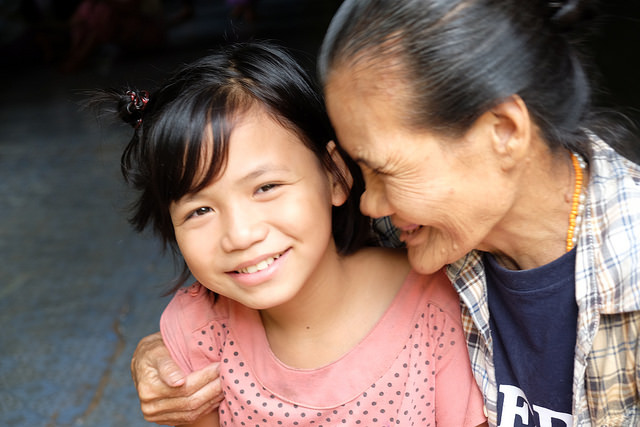 In Bethlehem in May 2014, Pope Francis said, “All too many children continue to be exploited, maltreated, enslaved, prey to violence and illicit trafficking. Still too many children live in exile, as refugees, at times lost at sea, particularly in the waters of the Mediterranean.”

The majority of UN Member States have ratified the Convention of the Rights of the Child. It protects the fundamental rights of children, for example, to food, health, education, play and to expression. However, some countries haven’t adapted their legislation to ensure rights are protected, while laws aren’t fully enforced in others.

Caritas asks that governments reflect the provisions of the convention in their legislation and that it’s implemented. Policies should be monitored by independent national and international bodies to ensure they comply .

Caritas is particularly concerned by the detention of child migrants, where they can be put in cells by authorities who say their presence is illegal. Caritas supports the End Immigration Detention of Children campaign, saying alternatives must be found to locking children up. Border and other police authorities should be given specific training to be able to take care of children who are migrating from one country to another or within a country.

There needs to be increased dialogue between governments of countries of origin of migrants and receiving countries on strategies to improve immigration services. Collaboration on the handling of irregular migrants, especially unaccompanied child migrants, is needed.

More attention needs to be paid to children left behind by parents who migrate and support needs to be given to those who take care of them.

Caritas promotes development in countries of origin to ensure that the majority of children and young people don’t need to migrate.

Caritas and Vatican Radio have organised a debate to discuss the rights of child migrants to mark the anniversary of the Convention of the Rights of the Child. The debate will be webcast live at 4pm CET on 18 November here.