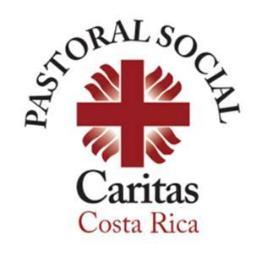 Costa Rica is a small country in Central America. Its Pastoral Social – Caritas consists of seven dioceses and one archdiocese, which operate throughout the country.

The association concentrates its efforts on these areas of operation: human rights; justice; peace and reconciliation; migration; refugees and human trafficking; the environment; risk management and emergency relief; institutional capacity building; integral human development and solidarity. Various actions are implemented: assistance to people with HIV; preventing boys, girls and adolescents from leaving school early and being engaged in child labour; accompaniment of prisoners; improvement of the quality of life of the elderly; disaster risk management; and climate change mitigation and adaptation, among others.

Important events include the annual Lent solidarity campaigns, during which communities are invited to give up their material goods in order to share them with the poor. These initiatives are always carried out on behalf of those in need, unmotivated by religious proselytising and with no religious, political, ethnic or gender discrimination of any kind. In recent years this solidarity message has been disseminated via television, radio, displays inside buses, newspapers, magazines, flyers and giant electronic screens.

In 2013, as part of its efforts, Caritas Costa Rica, together with Nicaragua, presented a proposal to the government of the United States requesting its cooperation in building pastoral workers’ capacities regarding prevention of human trafficking and identification of its victims. Caritas Costa Rica took part in the bi-national ‘Meeting on Migration, Refugees and Human Trafficking’ between the ecclesial and governmental sectors of Nicaragua and Costa Rica, as well as the Sixth Regional Meeting on Migration with representatives from Central America, North America and the Caribbean. 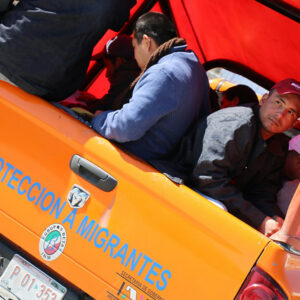 Caritas in Costa Rica has been providing food, shelter, medical care and psychosocial support for Cuban migrants who are hoping to resume their journey to the United States.